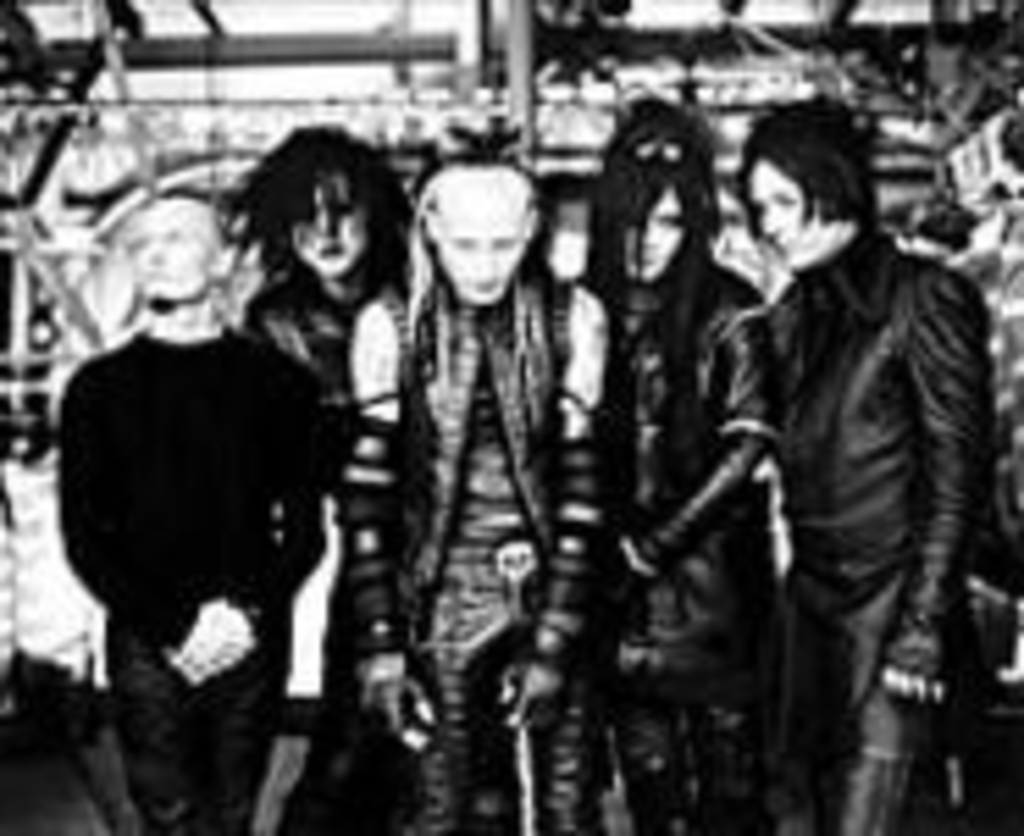 Getting a major-label record deal is no guarantee of success. In fact, a recording contract is often merely the beginning of a fresh set of struggles for burgeoning bands. Take Sinisstar, an industrial-edged nü-metal quintet that inked an enviable deal with Limp Bizkit frontman Fred Durst’s Flawless Records more than two years ago. In late 1999, production for the group’s debut began, but the album wasn’t completed for nearly a year, in part because Sinisstar spent summer 2000 on the Anger Management Tour, warming up for Limp Bizkit, Godsmack and DMX.

“It had a different audience and a distinctly different vibe,” Sinisstar vocalist Edgy says icily and without elaborating.

Edgy might be feeling a bit, well, edgy about the subject because of his band’s turbulent relationship with Durst. Sinisstar was the first act signed to the mook mogul’s Universal-distributed vanity label, and though the company enjoyed a massive hit with Puddle of Mudd, it has yet to issue the Sinisstar record. In fact, Sinisstar isn’t even listed on the Flawless Web site’s artist roster.

“Flawless, Geffen, Interscope, Universal, you know what I mean?” Edgy says. “I don’t know how they do all that stuff. But I believe our record’s coming out on Geffen.”

And not a moment too soon. The quintet is currently on the road as part of Rob Zombie’s latest tour, a prime opportunity to expose Sinisstar’s rocky metal picture show to thousands of potential converts each night. But it’s damn tough for a rock band to build a following without a record, a lesson Sinisstar has learned the hard way.

“We’ve had a rough time,” Edgy admits. “Why they hold records back like that, I don’t know, but let’s hope there’s wisdom in their ways.”

Still, opening for throngs of rabid Zombieheads every night without a record might be considered a wasted opportunity for a band trying to kickstart its career.

“Absolutely,” Edgy concurs. Then he adds diplomatically, “The good thing that came out of it is that we’ve been underway on our second record for a while in terms of writing songs.”

So Sinisstar will be entering a studio soon to work on its sophomore effort?

“There’s no plans to do that yet,” Edgy says, sighing.

The singer’s frustration might stem from the fact that the Zombie romp isn’t the first time Sinisstar’s done a large-scale tour sans record. The group just wrapped up a monthlong stint with Adema, an act whose sound sits comfortably alongside Edgy’s industrial hubris. It had to be excruciating to watch from the sidelines as Adema’s record began ascending the charts.

“I don’t follow other bands’ careers,” Edgy says, “but I am aware of theirs.”

When Sinisstar formed in Seattle in late 1996, few local music fans noticed. Being part of a tiny collective of industrial bands in a scene that was still hung over from the glory days of grunge proved no easy task. Edgy and company didn’t receive much love from hometown audiences, who seemed more interested in the bombastic hard rock coming from Seattle superstars such as Pearl Jam and Alice in Chains.

After a year of scrapping, the band relocated to Los Angeles. A flurry of personnel changes followed, but the band eventually scraped together a demo. The tape made it into the hands of Durst, who snapped Sinisstar up in a highly publicized bidding war. More than two years later, Sinisstar is still sitting on the bench, while acts such as Staind, Nickelback and P.O.D. line their living-room walls with gold and platinum discs. Not that Edgy would trade places with bands he’s not really into.

“I didn’t say that I wasn’t into it,” Edgy snaps. “I just said that I don’t listen to it. So I wouldn’t know. P.O.D. fuckin’ rocks, I know that. Those guys are pretty for real.”

Keeping it real has been a bone of contention for Sinisstar, a band that serves plenty of image on its rock platter. With ghoulish makeup, geometrical hairdos and postmodern costuming, the group seems to fit in comfortably with the Marilyn Manson/Slipknot school of Halloween metal. Not so, according to Edgy.

“To tell you the truth, I try not to give that shit much thought,” he says. “Because thinking about that shit will fuck you up. You just gotta go for it, constantly.”

Sure, but there certainly seems to have been a fair amount of thought put into Sinisstar’s fright-wig image. Combined with its über-distorted, keyboard-heavy sound, the band has concocted a total package that aims to please the visual and aural senses.

“Each guy in the band just does his own thing, and we’ve lucked out on having something that you would call a package,” Edgy counters. “That word didn’t start getting used until recently around us. But if people think we have a package, good for them. We’re just dudes! We’re just playing rock and roll, and we’re living rock and roll. And that’s what it’s going to be.”

There’s a long tradition in rock, stretching back all the way to its origins, of artists who put a great deal of time and energy into achieving an overall vision, for whom music is merely one part of the bargain: Everything from David Bowie’s space-odyssey wear to Kiss’ fire-breathing antics to Zombie’s industrial-light-and-magic metal are part of that roll, acts that would not feel comfortable sporting jeans and T-shirts in public.

“But that’s pretty much what we are,” Edgy declares. “A bunch of guys that go up there in leather pants and T-shirts. We don’t have a fancy stage show. We just play our songs. And we get into it. We recently got a backdrop with our name on it, which we’re really happy with. And we built our own drum riser. Those are the only accoutrements that we have up there. We just want the amps to be there and all dirty, just rock and roll.”

And dirty rock and roll is exactly what Sinisstar does best, an approach that has landed the as-yet-unreleased group on some of the most prestigious tours in recent memory. Given this whirlwind of experience, is there anyone else with whom the band would want to hit the road?