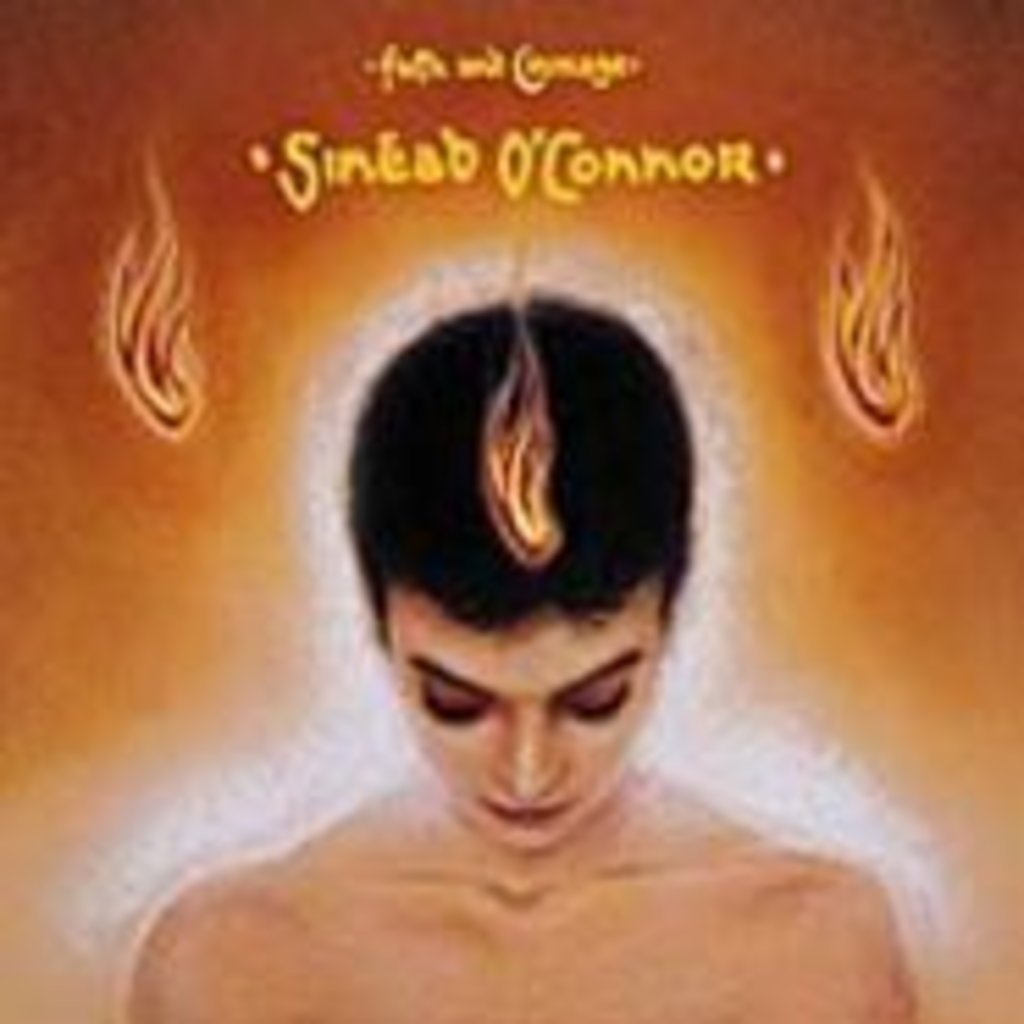 Lest we forget about rock’s double standard for men and women, consider Sinead O’Connor. For instance, more than one review of her new disc, Faith and Courage, has complained that the single “No Man’s Woman” indulges in man-bashing. ‘Cuz a man can fake you/Take your soul and make you/Miserable in so much pain, goes O’Connor’s bitter chorus. Her canon and court record leave little doubt that she’s personally suffered through some unfortunate alliances with the opposite sex, and her songs chronicling the romantic process remain among her best.

That “No Man’s Woman” isn’t up to that standard, though, has nothing to do with its lyrical attack, which is far tamer than your average woman-done-me-wrong blues or Rolling Stones song. What the song is really about, and the reason it loses steam midway through, is the expression of O’Connor’s relationship with God. A deity capable of forgiving her a million times is the love of O’Connor’s life in the song, but comparisons between various ne’er-do-wells and Him are apples-and-oranges propositions, compromising the lyrical power of what is a sonically supercharged track.

But releasing “Woman” as a single is O’Connor’s only misstep here. Having secured a deal with Atlantic for serious money, she earns every penny with a circular collection of material that mostly abandons her tiresome scabrousness in favor of romance and spirituality. For better and worse (at least in terms of attracting new fans), O’Connor uses Faith and Courage to become the female Van Morrison, a cranky recluse serving two masters, God and music, with the same muse. (Far from being purely a Christian act, though, O’Connor retains some not-so-Catholic notions in her work, such as goddesses and mysticism.)

Collaborating with Wyclef Jean and Dave Stewart, among others, O’Connor finds an unlikely balance as she spreads herself like a random banshee across soundscapes ranging from traditional Irish to reggae-fied hip-hop. That it all comes together can be credited to O’Connor’s mature singing and focused writing. “Jealous” sends O’Connor floating on Stewart’s keyboard surf, clinging to her best sucker punch I-love-you-so-much-I-could-kill-you lyric since “Jump in the River.” “Dancing Lessons” is a sweet song of new love that miraculously avoids sentimentality. Nearly every song insinuates itself over repeat listenings, not as immediate or raw as her best work but representing a vital, sometimes brilliant resurgence from a serious artist.