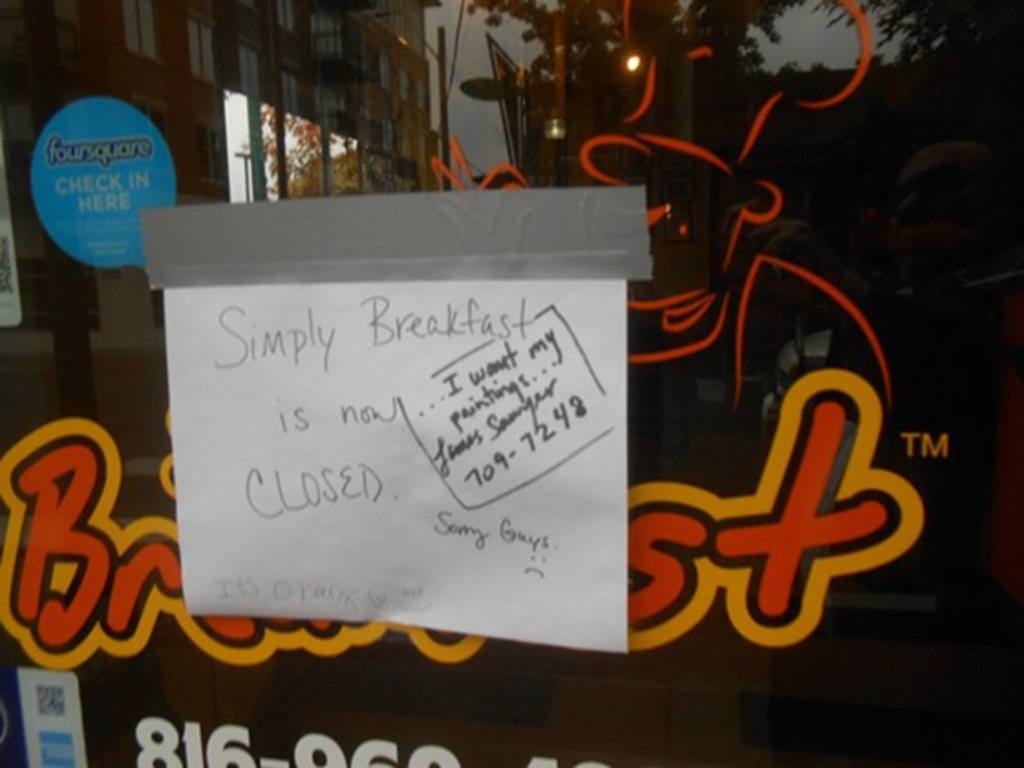 Three weeks ago, the owners of Simply Breakfast, the restaurant at 4120 Pennsylvania, abruptly closed the doors to the three-year-old Westport breakfast-and-lunch business. A handwritten paper sign stating, “Simply Breakfast is now closed” was posted with duct tape to the front door.

Local artist James Sawyer wrote a response to the note: “I want my paintings.”

Sawyer tells The Pitch that three of the four paintings he had on display in the dining room were returned to him. “The fourth was stolen. Or it mysteriously disappeared. That’s what they told me,” Sawyer says.

Sawyer would like the painting returned to him. But he’s not weeping into his coffee: He immediately sold the remaining three paintings to a local art patron.

“And since Simply Breakfast was closed when it happened, I don’t have to pay them a commission,” Sawyer says.