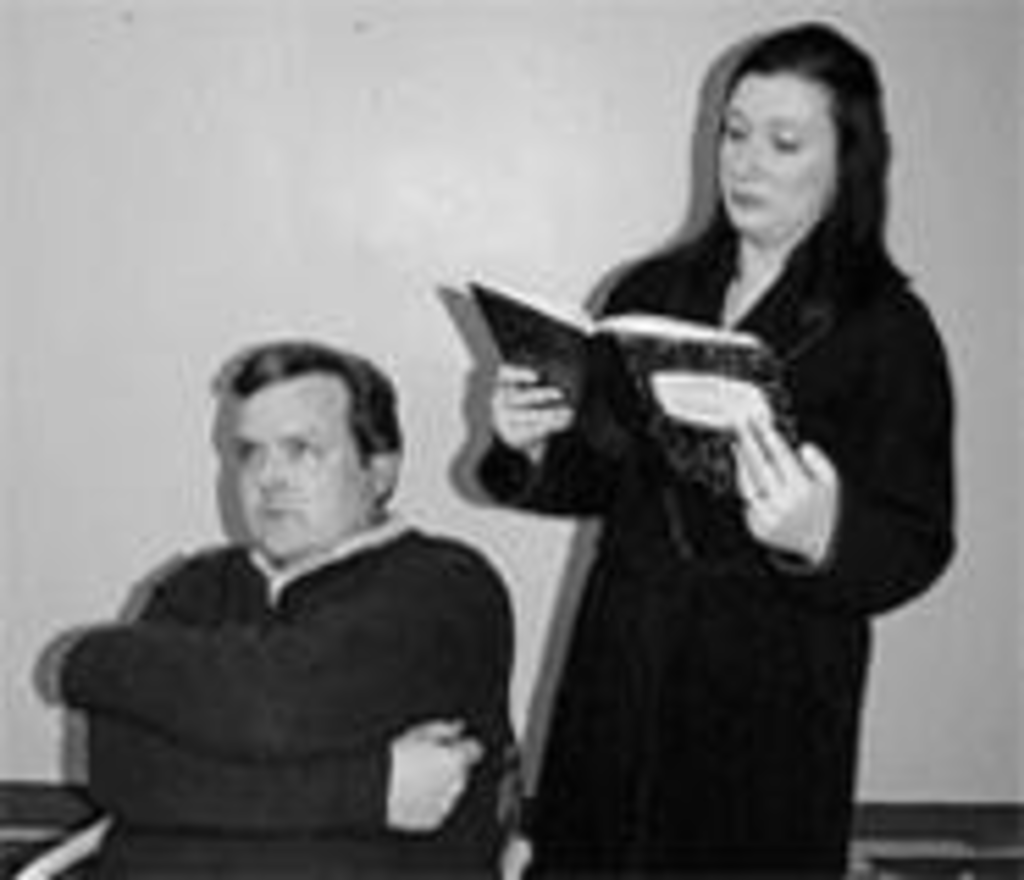 6/3-6/5
If there’s been an interesting play about deaf people since 1980’s Children of a Lesser God, it bypassed Kansas City. But Beate Pettigrew, artistic director of the Barn Players, found one that moved her. The company performs Garret Zuercher’s Quid Pro Quo at 8 p.m. Friday and Saturday and 2 p.m. Sunday in the Polsky Theater of Johnson County Community College’s Carlsen Center (12345 College Boulevard in Overland Park).

The play was actually Zuercher’s senior thesis at Marquette University, where his own deafness united with his love of theater. He faults Children of a Lesser God (considered the template of the form) for the way in which the hearing lead repeats aloud what the deaf lead says in sign language — because real conversations wouldn’t be like that. Here, Zuercher’s characters use only sign language. (Off-stage voices fill in the gaps for hearing audiences.) The result approximates what deaf audiences experience at a show that isn’t signed. “The voice-over becomes completely incidental,” Pettigrew says. “I was blown away.” Tickets are $10; call 913-469-4445. — Steve Walker

6/2-6/18
Mary-Louise Parker won a 2001 Tony for her Catherine in Proof, but let’s be honest — Gwyneth Paltrow’s London stage debut in the same role was all anyone (OK, we) cared about. Proof is about a troubled young woman who spent years caring for her brilliant but unstable father, a famous mathematician. After he dies, she must deal with her own volatility, her estranged sister’s return and the attentions of Hal, who hopes to find valuable work in her father’s notebooks. We’ll see if director Shelly Stewart’s version makes us forget our favorite blond WASP when Proof opens at 8 p.m. Thursday at Park University’s Jenkin and Barbara David Theater (8700 River Park Drive in Parkville). Tickets are $8; call 816-587-0218. — Annie Fischer

Now or Neverland
Everybody has to grow up sometime.

SAT 6/4
Sometimes we worry that youngsters get the wrong idea about showbiz, that it’s all juggling calls from Dakota Fanning and toting around miniature Chihuahuas. Urban Youth Theater participants get the real story — and their parents don’t get much chance to turn into freaky stage moms or dads, because they’re encouraged to help out. UYT members learn to dance and act from professional instructors and hone their skills in less-expected areas, such as playwriting and stage management. Saturday’s Peter Pan, the story of the boy who would not grow up and his fairy sidekick, Tinkerbell, is their newest production. This version, we presume, leaves out the weirdness of a 40-year-old woman playing an eternally young boy. Showtimes are at 3 and 6 p.m. at the Gem Theater (1616 East 18th Street). Call 816-931-3330 for tickets. — Rebecca Braverman