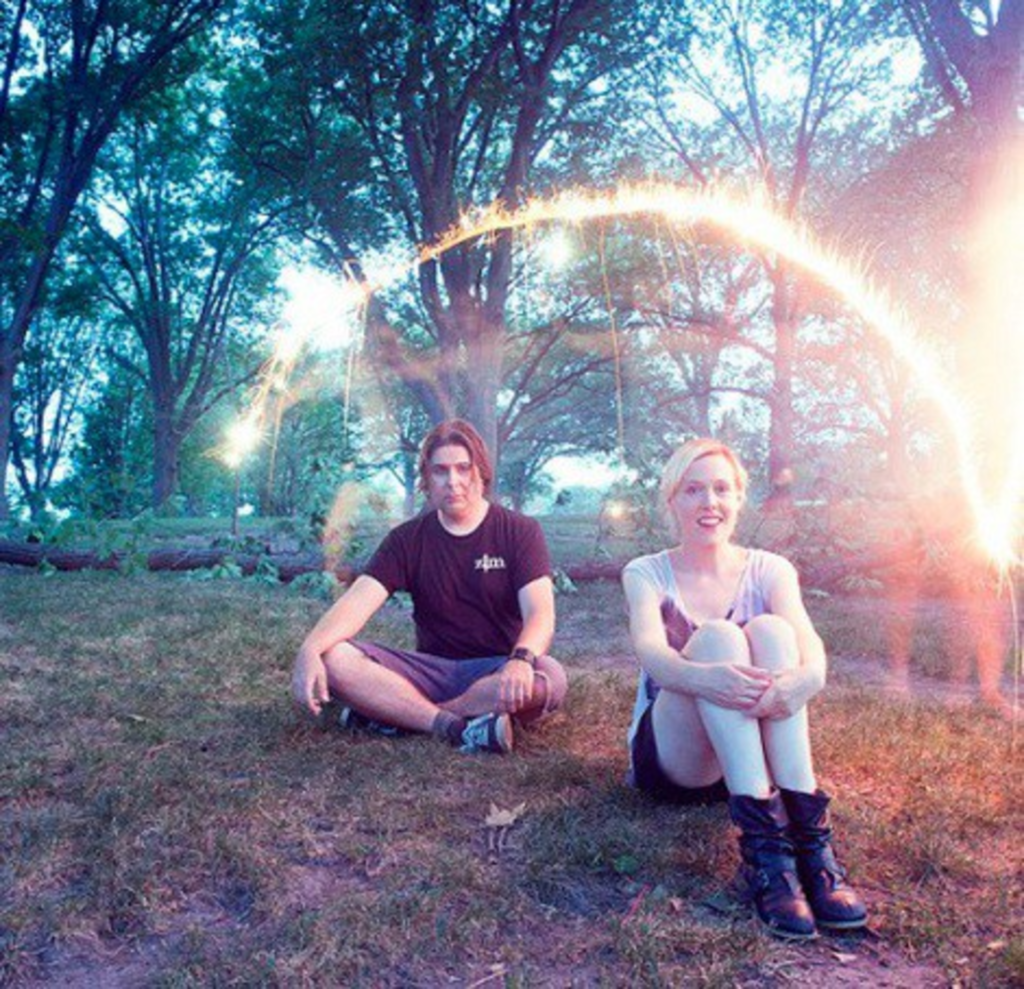 Sid Sowder has been around longer than most of the bands he has shot recently. One of Kansas City’s most omnipresent concert photographers, Sowder has a deep love for and dedication to the local music scene. Maybe that’s why he’s so willing to make limited-edition records for local bands with his own money.

“I used to run a label [Urinine Records] for years where I worked very hard and lost a lot of money,” says Sowder in an e-mail. “Now I’m just pressing the 7″s and giving them to the band. I lose the same amount of money, and I get to say ‘eff you’ to the ‘industry’ part of the record industry.”

“In the years between the label and now I’ve been funding various local releases often anonymously,” Sowder continues. “I decided to come out of the shadows for this singles series.”

For the Singles Series, Sowder presses 500 two-song 45 RPM records. He pays for the printing, licensing and manufacturing, and then simply hands them off to the band to “do with them what they will.” It’s very no-strings-attached – Sowder keeps none of the profits from the sale of the records. Call it band preservation and a love for vinyl.

The band (always local) chooses the song that goes on the A-side – usually an unreleased song or a special effort – and Sowder selects the B-side, always a cover.

“I pick a cover I would like to hear the band play,” Sowder explains. “Could be because they remind me of the original band, could be because I think they’d do a great arrangement of the track.”

Sowder’s Single Series launches today on his Too Much Rock website, with a new single from local rock duo Schwervon. The A-side is an original tune, featuring “Landlocked,” the first song that drummer Nan Turner and guitarist Matt Roth wrote after their move from Shawnee to Kansas City. The B-side is a cover of the Raincoats’ “Off Duty Trip,” per Sowder’s choice.

There are more special single releases planned, but Sowder is very hush-hush about the project. It’s kind of his baby, and as much as he loves to talk about it, he’s also very guarded about the intricacies of it. The next single to be released will come in early 2014, and another is due for Record Store Day. He refuses to talk about the upcoming bands – Sowder is very superstitious.

We aren’t bothered, though. The Too Much Rock Singles Series is a testament to the burgeoning local talent and the enthusiasm of the Kansas City music community, and Sowder fights for his corner with honor.

For more info on the series, or to listen to the new single from Schwervon, see Sowder’s website here. Schwervon is currently on tour in Europe with a bundle of their records. Sowder hints that future releases may be available for purchase in local record stores.