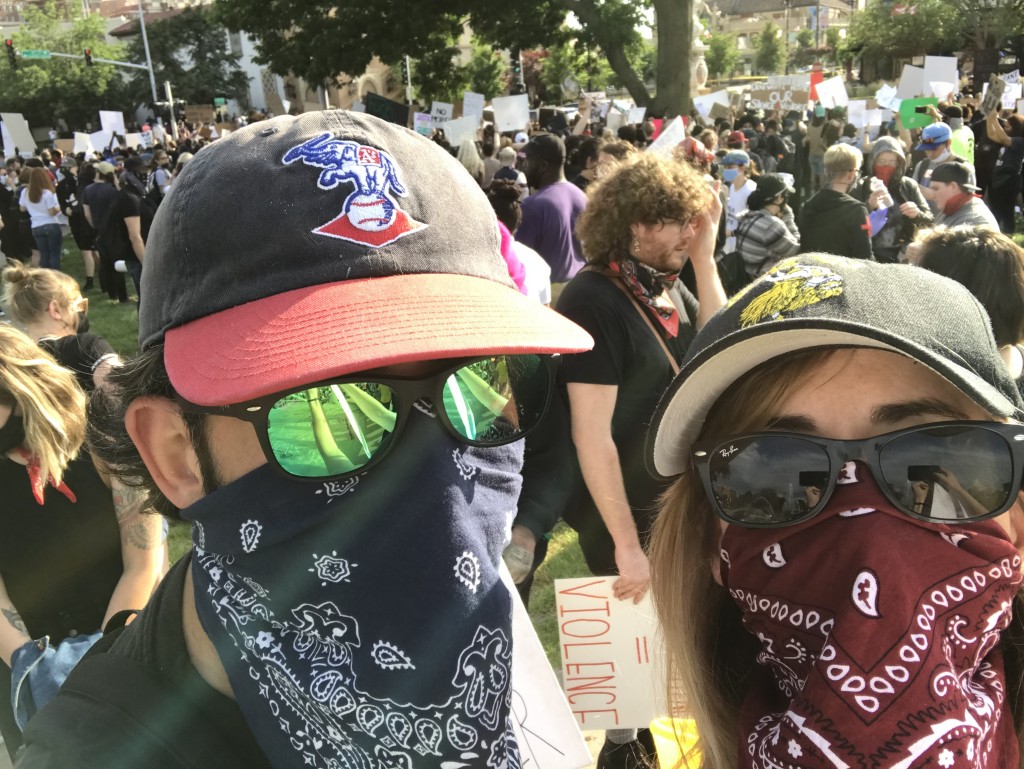 Over the weekend, Sydney and Sean showed up to the protests in KC to show support. Things went very well, and then things went terrible.

Sydney Ragsdale, 28, is an investigative lawyer and went with her boyfriend to the park. They wanted to participate in the social movement they believed in. In fact, they were convinced by the sheer number of police sirens they’d heard outside their home in the preceding days. It was a reminder that without white bodies, it is solely Black people being put on the front lines for their beliefs.

The police convinced them to go.

So Ragsdale set out with her beau Sean Stearns, 32, a professional dog walker. The parade at first was a pleasant experience. Then, a man playing trumpet was brutalized by the police before 5 p.m. in the afternoon. Right in front of them.

The crowd was furious. The couple didn’t know what to do. How do you react to a situation like that and believe that you’re bringing a solution to the table? It’s just fear. And uncertainty. And a detachment from reality. The crowd was upset. What do you do beyond that? 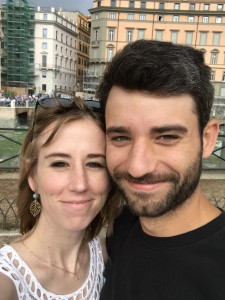 Saturday around 9 p.m., Sean was back and they thought this was going to resolve early. Suddenly there was pepper-spray everywhere. This was just outside Chuy’s in the plaza. The group ran up an alley and hid in the parking lot; just trying to recover their breath after being tear-gassed. And then pepper-sprayed. They just wanted to breathe again.

The cops found them in the parking lot and demanded they move. The cops are supposed to announce when they are about to spray/attack/shoot someone. They didn’t. They just started pepper-spraying this couple that was simply trying to escape.

In the midst of a sudden police advancement, Sydney was knocked head-first into the pavement and passed out. Sean picked her up and dragged her to a nearby park, that had been deemed a sort of “safe space” from police aggression.

Sean dragged his partner behind a tree to hide her.

It looked like she was safe. As she awoke, she saw her partner standing over her… protecting her.

Then she saw something move through her peripheral vision.

Sean flew onto his back.

He shouted, “I’ve been shot in the face.”

His hands were over his eyes. When he pulled them away… blood gushed out.

Blood shooting out of his face. Five seconds earlier he was asking if she was okay.

Sydney felt a surge of adrenaline. She wasn’t going to let him die here. She was going to run screaming into the street, even if that street was full of cops, and demand that the world come to make amends for this crime.

One person rushed to aid. Then three. This was all still under attack by the police.

It was clear that he needed to go to the ER. Based on the placement of cops and protestors, it was obvious there was no quick entrance to the nearby hospital. A group of friends circled the building looking for an entrance. The police refused to help. A series of stairs that would have given him access to the hospital was blocked by personnel that refused entry.

It became impossible to get a badly bleeding man into the hospital. A man whose crime was trying to help his girlfriend walk into a park.

Sean was dizzy from losing blood, but they gained access to the building. Sean was allowed in, but Sydney was forced to strip and change clothes to avoid bringing COVID-19 or pepper spray into the building. She called the ordeal akin to being processed into prison.

The rubber could have landed less than an inch in each direction. Had it done so, he’d have broken optical bones, or would be dead. Instead, he’s just been blinded forever.

He doesn’t deserve any part of this, much less just for showing up to walk as a part of protest asking for the police to treat Americans as human beings.

He’s alive and lost an eye. He’s one of the dozens of protestors this month to share a similar story, like a photojournalist in Minneapolis.

His face may heal. His eye might dissolve/fall apart to the point it just has to be removed.

We had to ask: Knowing how this turned out, would you do it again?

“Yeah. Would have still gone to this,” Ragsdale said. “White people being allies is important because everyone needs your privilege for protection. [Sean] said many times it doesn’t compare to what people of color go through every day and he’s just happy to be alive.”

In a city demanding de-escalation from its police, this is yet another example of unreasonable force used against peaceful protesters. This has to change.