Should a restaurant publicly shame no-shows? 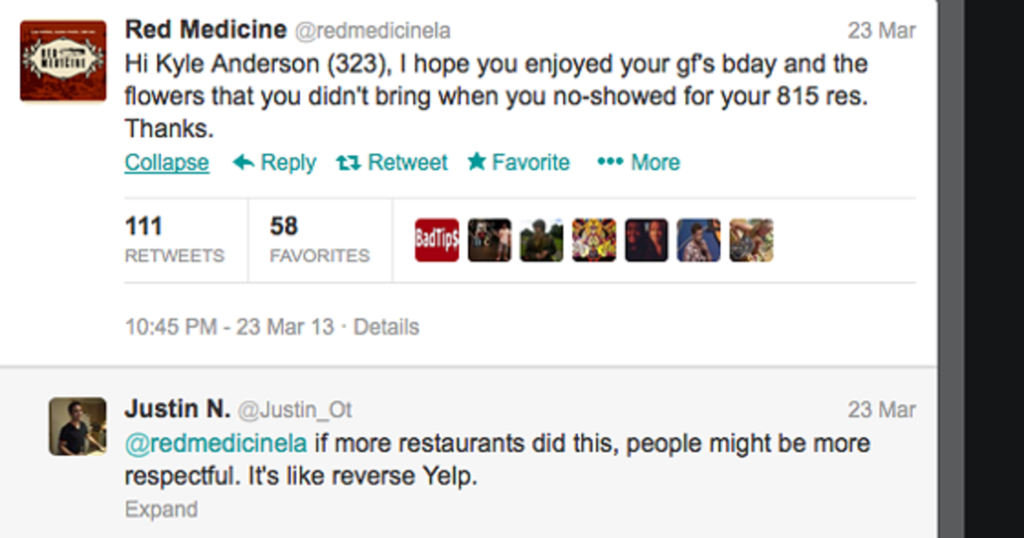 I treat restaurant reservations like dinner with my in-laws. I always make sure there’s wine on the table when we sit down. But seriously, folks … If I’m going to be late, I call. If I have to cancel unexpectedly, I call.

I’ve never been a no-show at a restaurant, leaving some poor maitre d’ with his nose pressed up against the window, one tear rolling down his cleanshaven face. As a result, I’ve never been put on blast by a restaurant using Twitter in an attempt to publicly shame me. One Beverly Hills restaurant, Red Medicine, is making national news by doing just that.