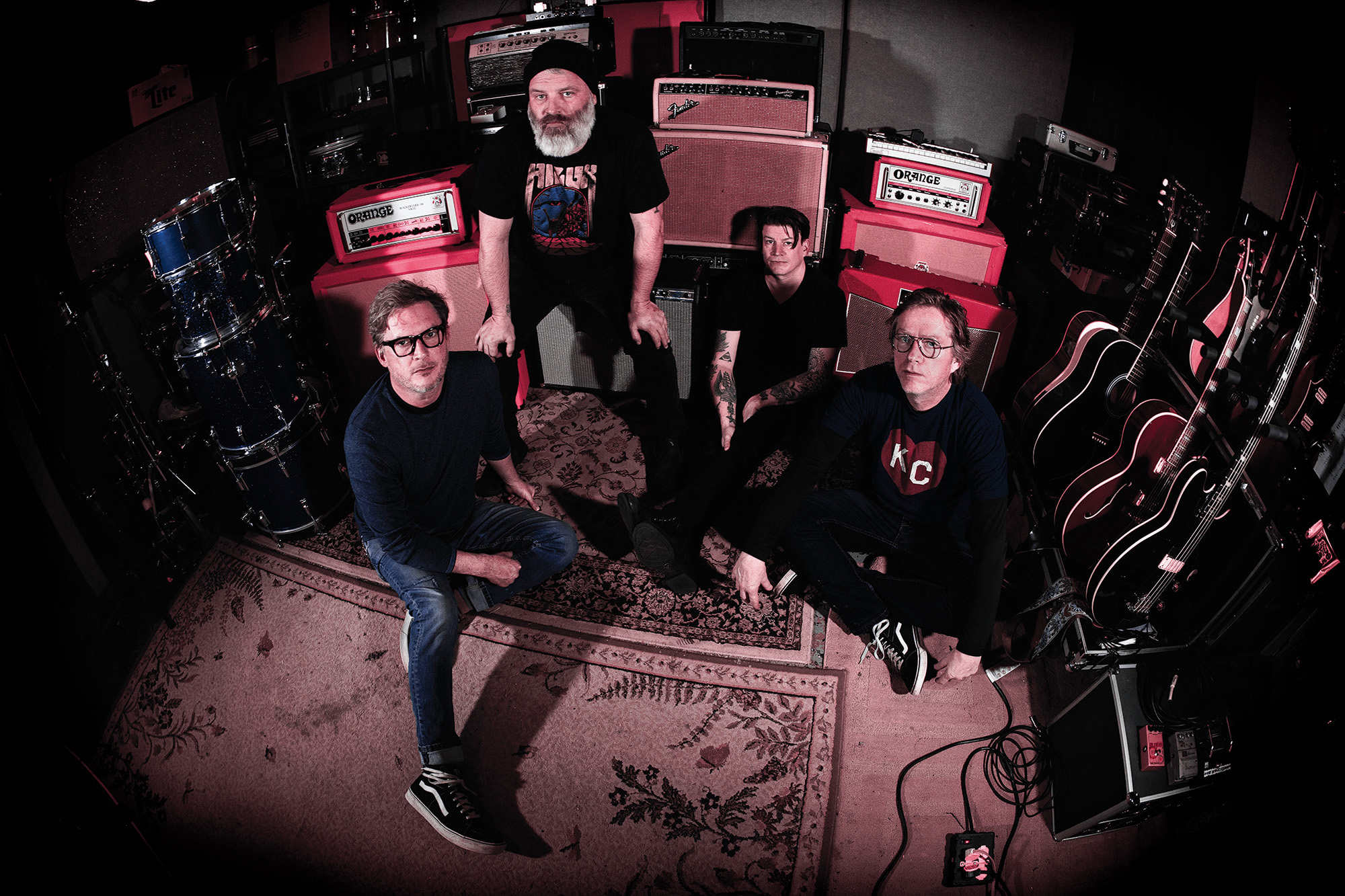 When I hopped on the phone with Allen Epley, frontman of long-running post-rock band Shiner, to talk about Schadenfreude, the band’s first new LP in nearly 20 years, I had a burning question to ask: Did all the late ‘90s area bands collectively decide to release new albums? In addition to Shiner’s new album, we’ve seen Giants Chair’s Prefabylon and The Preserving Machine from Ultimate Fakebook in a six-month period. It’s a veritable renaissance.

“I think it’s probably just all our bodies are telling us that it’s time to do this,” Eply explains with a laugh, as I speak with him by phone from his home in Evanston, Illinois. “At the time, you’re so invested in why you love it, why you hate these guys, or whatever’s going on, and then 10 or 15 years later, it’s like, ‘Why were we arguing again?’”

Epley continues, saying that after a decade or more, all those sharp edges from the past tend to kind of dull over, and you end up just wanting to be together with your bandmates again. He says that the reasoning behind recording Schadenfreude was the band’s series of occasional reunion shows over the past few years, as they’ve reissued their past full-lengths on vinyl—Starless in 2015, Lula Divinia in 2017, and The Egg in 2018.

“We had been doing some reunion shows and playing some really fun shows of old material—just kind of dancing the corpse across the floor,” says Epley of the last few years of Shiner performances. “That’s fun, too—for a while—but then, at a certain point, we’d been doing it for five or six years, and then we decided whether we should do it or not. It seemed right for us.”

I ask Epley how the band got back in the groove of writing songs as Shiner after over a decade and a half. While it’s not that the band’s members have been doing nothing else, with Eply a part of the Life & Times, bassist Paul Malinowski working with the Pedaljets and producing records, and guitarist Josh Newton and drummer Jason Gerken doing time in Sie Lieben Maschinen, getting the band back together to make new material is a whole other thing.

“That was a big question for us,” Epley admits. “I think it really helped that we had been getting used to each other and playing through the old songs—almost to the point to where we were like, ‘I wish we had something else to play.’ We just decided not to overthink it. I have enough of a hold on what we do and how to do it—versus other things that I’m involved with—that I can kind of channel my writing skills towards a certain something that applies more to Shiner.”

The process of putting the new album together came about differently than the band’s past recordings, Epley explains. For the writing and recording process, the band started out with one song, written by Epley, which the rest of the band liked enough for the four members to get together and play, improvising out some more parts to it.

“Then, Josh sent me the beginning of one of his tunes—just like, a verse section—and I loved it and wrote a whole middle section,” Epley recalls with excitement. That song, “In the End,” became the first song on Schadenfreude. “That was the one that really, for me, kind of convinced me that we could do something that was fresh and cool for us and didn’t sound like less than what we could do.”

“Even if everything is like, the world’s blowing up, there’s still me and you, and that should ultimately be the thing that resonates.”

The members of Shiner wanted to make a musical statement that reflects them, but one which was also new and different. They weren’t trying to make a follow-up to 2001’s The Egg, because, Epley explains, it wouldn’t represent where they are now, nor would it have the necessary authenticity to make its recording worthwhile.

To start the process, the band traveled to Champaign, Illinois, where they set up in Earth Analog, the recording studio owned by Matt Talbott of Hum. While the band would record their demos there over the course of several visits in 2018, it was more of a collective practice space than a recording studio. Using old, unused songs from 1995 as “conversation starters” to get the process rolling, the band ended up writing 12 new cuts over the course of the process, from which they culled six.

“We planned to go have some writing sessions and lock in,” Epley explains. “We would go there and stay in his apartment, and go get some food, and write for two or three days. We did that three or four times and then we were able to come out with some stereo mixes of jam box recordings that we liked.”

Opening track “In The End” is the perfect cut on which to begin. It has that Shiner sound, where the music is very big and very resonant, but then the lyrical content is very dark. It’s as heavy as the band has ever been, but the melody really shines through, despite opening with a line that says “Every living thing […] dies alone.”

Epley says that he doesn’t know why he goes there with his writing, but offers that the lyrics do give a glimmer of hope about the end of it all: “Even if everything is like, the world’s blowing up, there’s still me and you, and that should ultimately be the thing that resonates in those lyrics. I don’t like to just tread in a bunch of dark stuff.”

That said, Schadenfreude’s final song is “O Captain,” which makes a fantastic bookend to the opening cut. Whereas that first song has the big Shiner opening, “O Captain” begins in a manner that is almost indescribably sad.

“The idea of it is that there’s a captain at sea where he’s out waiting to get frozen in the ice, in order to study the frozen conditions and it’s not freezing for him, and he has this longing to go home,” Epley explains. “This combination of that stress—between your work you need to do, but can’t do, and the longing to go home and the mermaids in your periscope—it really is kind of a mish-mash of stress and worry, quite honestly. It doesn’t answer any questions, for sure. It’s more like it poses more.”

Given that the album’s title is a German word from which one can take the idea of joy and sorrow combined—even if it is taking joy in the sorrow of another—it seems very timely, in terms of when it’s landing, and Epley agrees.

“I find it so relevant in the Trump era—not that we’re overly political, necessarily, in any stretch,” the frontman says. “When you tend to rejoice for your enemies falling, it is such a human response and seems super-appropriate right now.”