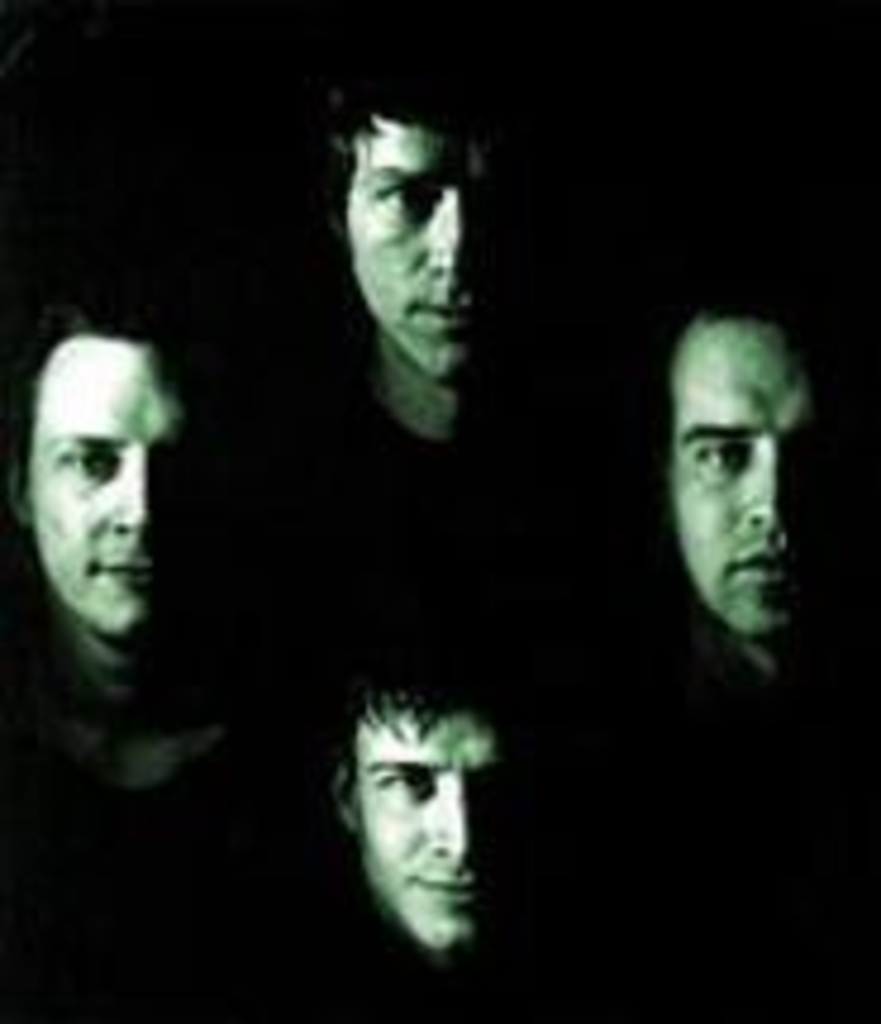 Few Kansas City bands bear their old-school rock pedigree like Shiner. At a time when most of the bands who signed with major labels and helped define that grinding Kansas City sound have either fallen apart and regrouped, in altered form, under another name (Molly McGuire, formerly on Epic) or are still attempting to put the pieces back together (Season to Risk, late of Sony), Shiner seems to stand alone as the sole group that emerged from the gold rush unscathed.

Actually, according to singer/guitarist/ lone remaining founder Allen Epley, Starless, the meticulously crafted album that marks Shiner’s finest release to date, barely escaped becoming mere studio scraps. “The band has been through a lot in the years since Lula (Divinia) came out,” admits Epley, understating changes that include member and label switches since that 1997 release on DeSoto Records. “We were going to call it a day, but there were certain things that kept us going. One was that we had this batch of songs, and we thought they were worthy of release. If nothing else, it was going to be a postmortem release. And there was also a debt for our recording that we needed to pay off.”

Thank God for debt. Without debt, Shiner might have called it a day when drummer Tim Dow decided to move on to ON, the latest creative outlet for Ken Andrews of Failure; debt caused Shiner to seek out a replacement in Jason Gerkin from Molly McGuire. And Epley’s commitment to the songs on Starless inspired him to seek out a new label in the Colorado-based Owned and Operated, after ties with DeSoto were severed. The result is a record that is anything but reminiscent of Kansas City’s nascent days on the national rock scene. Instead, Starless shows off Epley’s maturing, and heretofore hazy, songwriting and, more important, Shiner’s renewed commitment to breaking new musical ground — something that’s never easy on the “original” fans. After bearing the standard for the KC sound, Shiner turned to writing nonabrasive, subtle melodies, and Epley was concerned enough about alienating those devoted to the group’s earlier, harsher incarnation to contemplate changing the band’s name. Instead, Epley, Gerkin, guitarist Josh Newton, and bassist Paul Malinowski remained Shiner.

“I think there was lots of ‘gee-whiz’ factor in what was going on back then,” Epley says of Shiner’s Divinia days. “You had a drummer that was just shredding for most of the song, and on most of the songs. We were very, very loud and had a lot of odd time signatures, but that’s kind of like bells and whistles to me now. I still enjoy that stuff, and certainly Gerkin is a shredding drummer. I think we try to not lose what we know, because it’s still exciting when we get on. But we want to try writing songs that don’t require our amps being set to ‘stun’ and our drummer doing quadruple time. As a result, we lost some of our Don Caballero crossover fans, but I’m willing to take that loss. I like what we do, and I always have. I don’t want to turn into the Gin Blossoms, but I think there’s a way you can temper it where you can write better songs but still push things that are interesting.”

Luckily for Shiner fans, both old and new, Starless is no New Miserable Experience. Nor does its sound involve pandering pop hooks or show-offy stabs at genre-hopping. “Anybody can genre hop, if you’re a good musician,” Epley says. “I think the key is trying to evolve within your style without completely forgetting everything you did and without alienating all the people who were there when you were coming up.”

Epley concedes that “there is a strong current of regret that runs through the whole thing,” and it’s easy to understand why. The group composed Starless at a time when it was nearing the end of the road with DeSoto Records and would soon be looking for a label, not to mention a drummer — and maybe an identity. After years of piling up debt; living on the write, record, and tour cycle; and leading a respected and critically acclaimed band, Epley was being forced to consider quitting in the midst of writing his best songs.

“There’s a lot of anger, regret, and unrealized dreams,” Epley says of what went into the album’s content, “but it also hasn’t lost its sense of idealism. It still has that.” This hope comes through in the light melody lines that replace the group’s trademark hard, chunky riffs; in Epley’s voice, which is suddenly legible and proves to be capable of exuding emotions beyond pain; and in the band’s flawless, earnest interaction. “We’re sincere about (our music),” Epley explains. “It’s not joke rock; it has to do with a certain type of honesty even in the face of embarrassment or shame. It’s all right there on the page, words and all.”

It’s that combination of honesty and idealism (in conjunction with memorable melodies and strong songwriting) that got Shiner out on the road with such indie rock illuminati as Jets to Brazil and, more important, re-signed to DeSoto, which couldn’t resist its prodigal sons after witnessing the success of Starless. This neat resolution goes a long way toward making all those early gigs at empty houses and recent shows in front of disgruntled rockers seem inconsequential.

“Sure, we wanted to scrap it, but things have turned around,” Epley says, “so fuck yeah, we totally feel justified. Now in practice, this is literally the band. It is a whole unit. It’s a big lab experiment. We create the songs together, and now we have this whole new record damn near written that we’re going to record with J. Robbins (Jawbox) and release in January. Being in a band is always hard, but now the shit is just paying off.”

And now, Epley adds, being a rocker from Kansas City is starting to pay off again, thanks to the national prominence of a band that sounds nothing like the old KC sound. “We tour nationally and draw all over the U.S., but whenever we say we’re from Kansas City everyone’s like, ‘You’re from Kansas City? You know the Get Up Kids?!’ I have no qualms, though — I’m down with that. I would go out on tour and open up for them in a second.”