Shawn Sherrill at the Spitfire on 39th Street 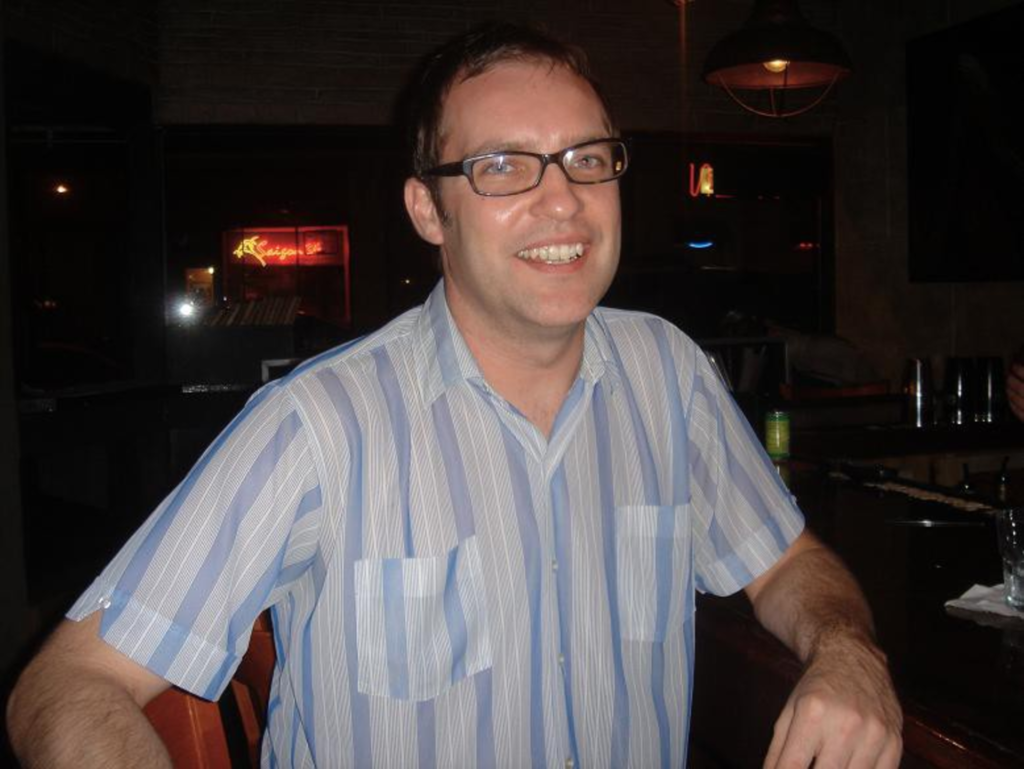 Last night I ran into Record Bar co-owner and Roman Numeral Shawn Sherrill and realized that, as far as style goes, dude’s an original gangsta.

“This is a 99-cent shirt that I bought easily ten years ago at a thrift store,” Sherrill says of his crisp-but-comfortable-looking, blue-striped number. “It’s hard to find stuff I want to wear at thrift stores anymore, because I’m looking for vintage and it’s just not there. That’s why the kids are wearing ironic ’90s t-shirts, because that’s what’s at the thrift stores now.”

I appreciated his pairing of the vintage shirt with these Nikes, with the patent-leather swoop: 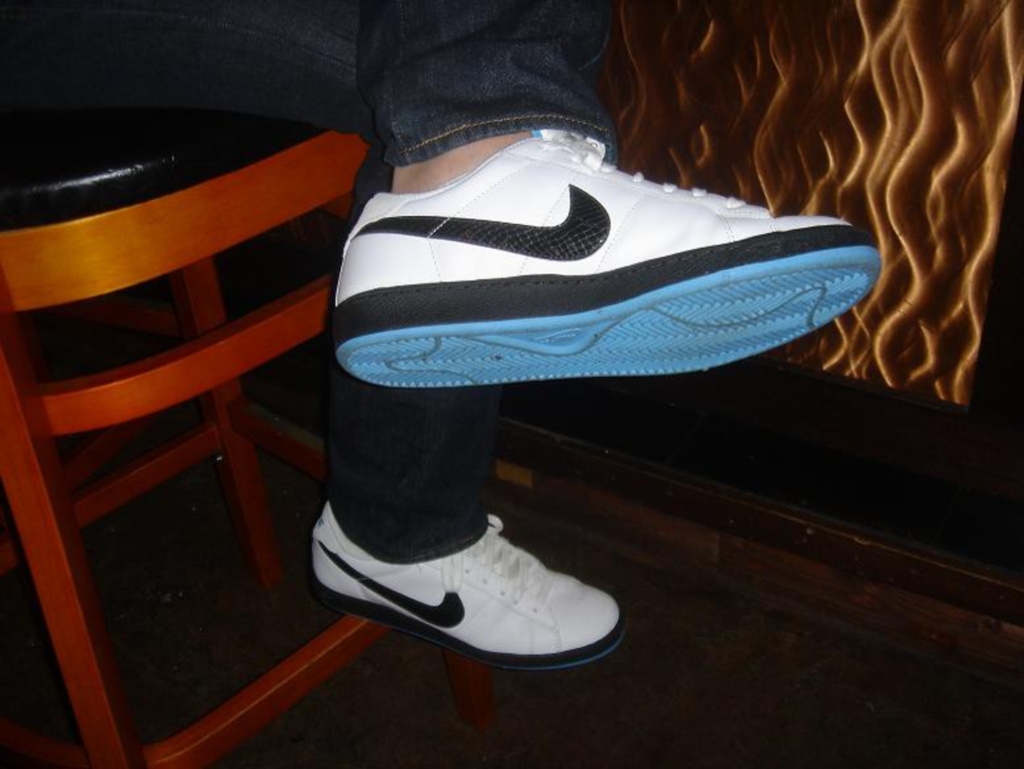 Sherrill saw these Nikes at Urban Outfitters first, on a shopping excursion for more record album frames — the staple ingredient in the Record Bar’s decor. But he ultimately bought the kicks from the Bunker in Westport. “I’d rather buy from a local business,” he says.

At the Record Bar, Sherrill sees every manner of getup passing through, and he’s noticed a few things about the ’80s revival that is currently dominating the dance floor.

“What you call ‘ironic’ depends on what you grew up looking at,” he says. He goes on to explain that there are three main ways for girls to dress ’80s: There’s the Joan Jett leather thing. There’s the Olivia Newton John, 20-minute-workout look, with sweat bands and leggings. Or there’s New Wave, with asymmetrical haircuts and geometric-print t-shirts.

“But in the ’80s, those three looks never crossed,” Sherrill says. “You never see all three on the same person, like you do now. Plus, I see girls who, yes, you look like you’re wearing things from Mom’s closet, but that stuff wasn’t even cool back then. If these girls were to walk into 1984 wearing today’s version of the ’80s look, people would be very confused as to what they’re going for.”

As for what Sherrill’s going for, he grudgingly agrees that his glasses, with their thick, tortoise-shell frames, are his “look”.

“If you ask other people, yeah,” he says. “If I don’t wear them, sometimes people don’t recognize me. But I don’t want an official feature to define me. I want to wear whatever and expect people to still know who I am.”