Shawn Reynolds of Iron Guts Kelly on policing your neighborhood vs. policing the scene 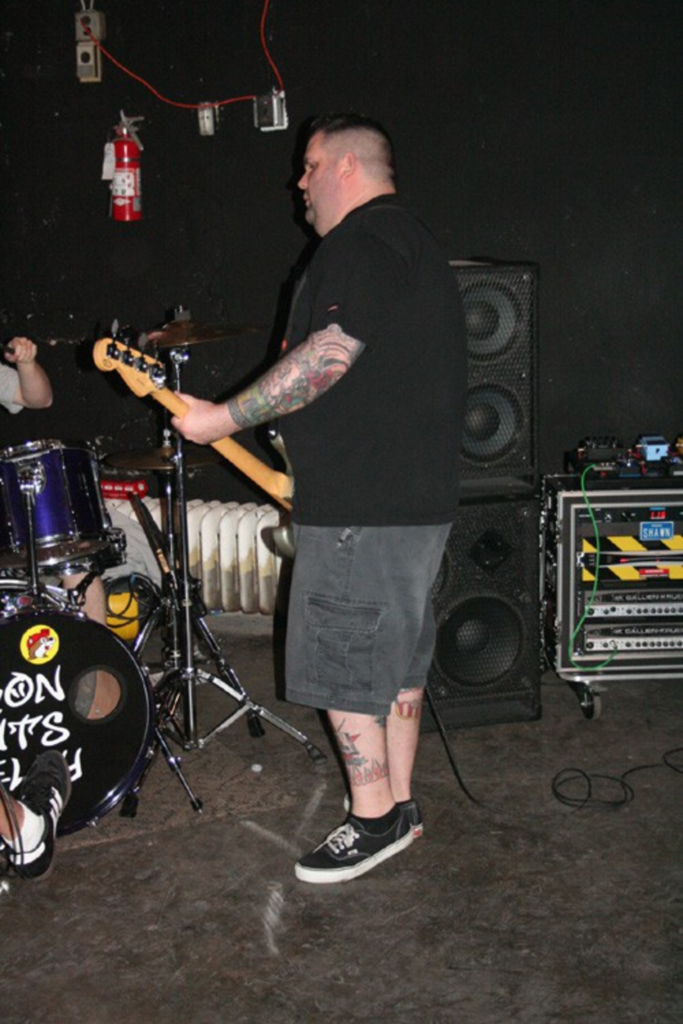 What You Do For Money Honey takes us beyond the music and into the cubicles, behind the desks, and on top of what local musicians do to pay the bills.

Shawn Reynolds, bass player for old school hardcore act Iron Guts Kelly, is in an interesting position in the punk scene: he’s a cop. Considering the metric ton of anti-cop punk rock songs (to say nothing of the band Millions of Dead Cops), Reynolds occasionally finds himself in an odd position. He spoke to us regarding the whole “cops vs. punks” thing, as well as his time in the scene.

I’ve been a cop for 16 years but I’ve been listening to hardcore for 25 years. I’ve also always been straight edge. I got harassed by the cops as a young hardcore kid. I decided a long time ago I wanted to help people and defend and protect those who can’t defend themselves. That’s how I approach my job. It’s not that different from how people in the hardcore family take care of each other.

A lot of punk/hardcore kids have turned their backs and talked shit on our band because two of us are cops. [guitarist Josh Leon is also a police officer – ed.] Aren’t those are the same type of prejudices that these kids don’t want the cops to have? It makes no sense. It’s all about respect. Being a cop can be a roller coaster of adrenaline and emotions — both physical and mental. Much like playing or going to a hardcore show, you never know what to expect.

Iron Guts Kelly return from a nearly six month hiatus on Friday, May 14, for a show that is combination 40th birthday party for Reynolds and a hearty “FUCK YOU!” to the oral cancer that has had him enduring chemo since February. The show’s at the Replay in Lawrence with Circle of Trust.