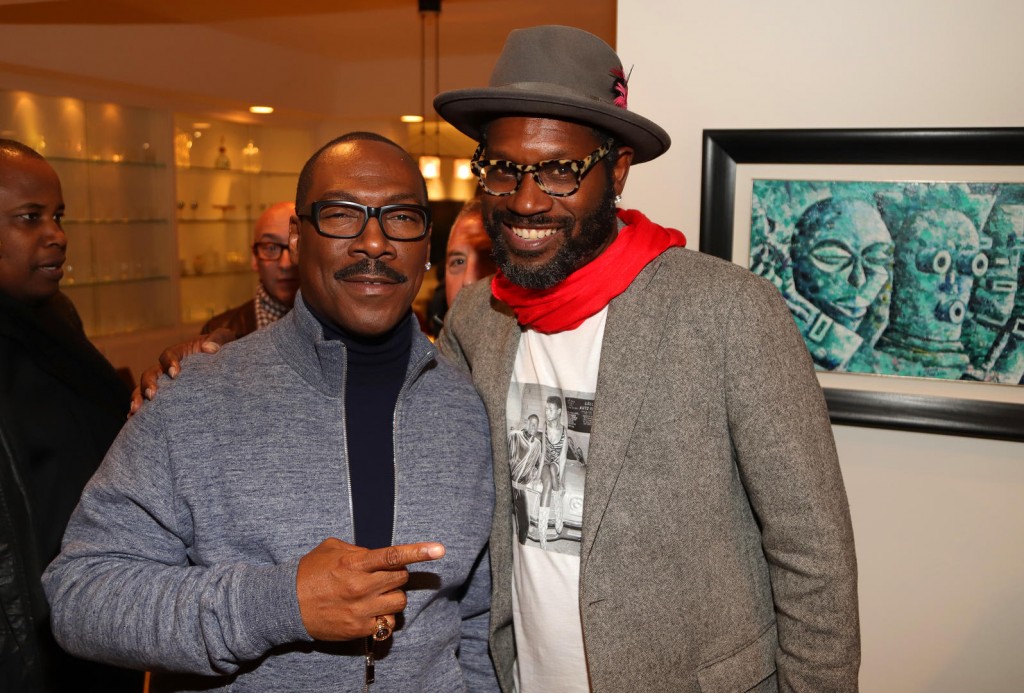 Shawn Edwards’s prolific reputation precedes him. In conversation, he certainly lives up to it—he’s kind, thoughtful, and incredibly smart. Edwards, who began his career at The Pitch as a writer and an editor in the early 90s, has worn many hats throughout his life as a journalist, though none fits him better than his current position as the host of movie review show “Screening Room” for Fox 4 News.

Edwards has been writing about and reviewing movies for most of his life, with his interest beginning in his early childhood.

“Unofficially, it was the family business,” he says. “My mom was a huge fan of movies, so she would take us to the movies every weekend. She was a schoolteacher, an educator, so in the winter months and the spring months we were here in Kansas City, so we’d go check out movies. We spent a lot of time at what used to be an old movie theater in Brookside.”

“My mom was originally from Princeton, New Jersey, so we would go there every summer. Princeton’s a small college town, so they had one movie theater. Back in the day, it wasn’t like today. Movies would play at a movie theater, the same two movies all summer long. You’d end up watching the same movie a couple of times during the summer.”

Edwards’s mother was instrumental in getting him more educated on film as a whole, he says.

“One day I turned to her and was like, ‘This is really cool, how do people make movies?’ And anybody knows, when you have a parent who’s an educator, they never just give you the answer. I remember she ended up taking me to the library, the old Plaza library. I found a bunch of books about how to make movies and how movies are made, and I read them over and over again.”

While his mother originally introduced Edwards to educational resources about filmmaking, it was his higher education that cemented his want to pursue movies as a career. Edwards attended Morehouse College in Atlanta, whose film program boasts the iconic Spike Lee as an alumnus.

“I ended up going to Morehouse College, and majoring in film, minoring in journalism,” he says. “Morehouse is known as the college where Spike Lee went, so I had some of his same teachers. I had his cinematography teacher, his screenwriting teacher, and we watched a bunch of his student films that he shot when he was at Morehouse.”

“I ended up shooting a bunch of movies, and hanging out on the TV-broadcast side, doing stuff with videotape. It was a cool experience. The cool thing about it was minoring in journalism, and you never know where your career is gonna go, so the fact that I did that kinda started my career as a writer as opposed to a filmmaker.”

Edwards’s journalism career started right here at The Pitch, where he wrote about news, music, and film. He secured his position simply by walking in the door with his clips, and saying he wanted to be a writer, he says.

Dug this out during another pandemic cleaning! My time at the @TheFastPitch remembered.#ThePitchKC #Fox4KC #AAFCA #KCMO pic.twitter.com/T4P3IsOGxk

“I started off as a music writer, I had written for the paper down in Morehouse College and would come home in the summertime. And there’s a paper in Kansas City, an African American paper, called the Kansas City Globe. That was my summer job. So I had clips, a clip from the Morehouse College newspaper, a clip from The Globe. So I just walked off the street into The Pitch.”

He started off writing about music, he explains, but revealing his film savvy in conversation around the office led to him beginning to take on movie reviews.

“We’d always had these great pop cultural conversations about all kinds of stuff.” he says. “And so I would always weigh in heavy when it came to film stuff because I’m still heavily into movies and filmmaking. Bruce Rogers was the Editor at the time. So he overheard a lot of the conversations, and you know, he just pulled me into the office one day, it’s like, ‘Man, I enjoy listening to your perspective on movies. I like your insight.’”

“At the time, The Pitch had like five film reviewers to cover, you know, all the new releases that came out. And so then he had the film editor add me. So I was like, the sixth out of six people added to the rotation to actually start writing film reviews. And then that’s where it kind of took off, because people started noticing I was doing something tricky, I was trying to punch up the movie reviews the way that I was doing, like the music review. It’s trying to add some new flavor and some perspective and just, you know, making it a little different from the norm. And it caught on and people liked it.”

Edwards’ writing at The Pitch was well-liked in Kansas City, and led to his current position at Fox 4, hosting Screening Room. It was through his connections at Fox 4 that he was able to start producing his own films celebrating Black filmmakers, which he still does to this day.

“While I was at The Pitch, and I was writing these movie reviews, Fox 4 news had a long tradition of covering movies, they had a guy who reviewed movies every week by the name of Doug Moore.” Edwards says. “Doug Moore is about to call it quits. But the station didn’t want to stop doing the movie review segment. They become a staple of the station. People liked it, it was just a part of their part of their fabric. I mean, it’s something they had done. He had did it for 25 years, really long time. And again, so a producer that worked at Fox 4 used to read The Pitch a lot. She reached out and she was like, yeah, I like the way you write to move reviews, they’re different, they’re fresh, and I really like your style.”

“I was the behind the scenes guy, I’m majoring in film- that’s completely behind the scenes. I’m a writer.” Edwards says. “I didn’t major in broadcast, I had never done anything in front of the camera. So I thought that it would be like calling to hire me to write. And then they would have an anchor or another person just read when I wrote, but I literally showed up at the station, had this meeting with the news director and the station manager. They had already done their research before walking in the door. So then they had read some of the reviews and said, ‘Oh my god, this stuff’s good. This is great.’ Five minutes into the conversation, they were like, when can you start?”

“I’ve always been an advocate for Black film, because, you know, as a Black film critic, it’s not that I’m just going to talk about Black film, I talk about all kinds of film.” Edwards says. “I mean, that’s part of the gig, my perspective comes from my experience as a Black person living in the world. So I always like to add that into the mix. And if I can utilize my platform to educate or shine light on some things that people haven’t discovered yet. And that’s a bonus to the job. I think that’s the coolest part about being on television is, it’s such a huge mainstream platform, you can help to educate a lot of people.”

Movies are personal. Edwards has dedicated his life to enhancing others’ moviegoing experiences, their connections to film, and celebrating the work of filmmakers everywhere. He is a Kansas City legend in his own right.

KC Voices: The racing thoughts of a bipolar mind