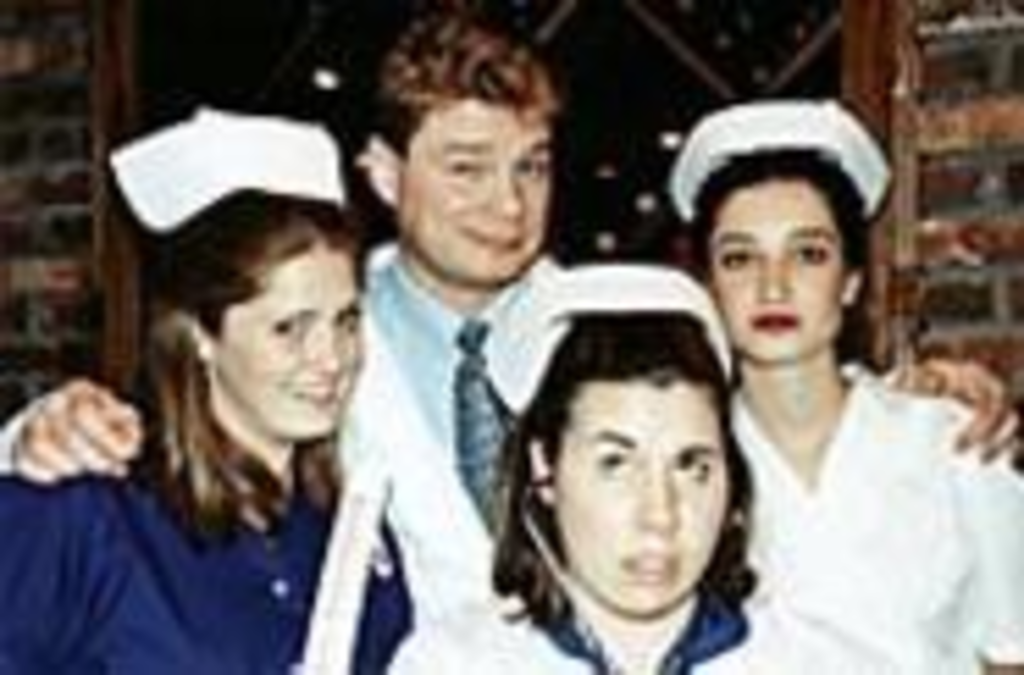 But, alas, what would it be like to become the world’s greatest bard only to be sent back to earth to write — ugh — soap operas? In the Ron Simonian-written and

-directed As Shakespeare Spins, it seems William Shakespeare never paid his penance in full and must return among mere mortals to rewrite the tawdry pages of Hospital General.

This installment of Mardi Gras Murders, a dinner theater company, offers a five-act play that includes a dinner to die for and rewards audience participation with a prize for the most accurate solution to the night’s mystery. The mystery unfolds over the course of filling empty stomachs and filling in the blanks, with a different culprit each evening.

The play begins like any Shakespearean attempt at distinction. “Shakes” rewrites a scene and the actors are thrilled. But the director, a Don Ho used-car salesman lookalike, thinks the new writer is trying to edge him out. That leads to a cast uprising that breaks all confidences and alliances. However, even the master of drama and tragedy is clueless when a member of the cast is murdered. And with everyone — even the fair maiden and the wannabe thespian known as The Angel Peter — looking like suspects, it is up to the audience to help solve the crime.

Furthermore, between scenes, the cast doubles as the waitstaff for the evening. The feast served would not suffice one of the king’s yeomen, but a healthy appetite is sated. Even bread and water are supplied to keep the peasants from revolting. But don’t expect your server to break character. A question like, “Excuse me, you were great in the last scene, but where’s my beer?” might bring only a look of befuddlement. In keeping with the theme, you might get further with, “I beseech you, my Queen, bestow upon this peasant a pint of nectar from the gods.” Just don’t say “anon” to any server, anywhere, ever. You may end up with the drink in your lap.

Clues as to the guilty party await the restaurant’s theater patrons between acts. Unfortunately, if you want to be Sherlock Holmes and detect the murderer, the clues don’t help much, and neither do a half-dozen beers. On the other hand, with the mad money provided, you can always bribe the cast for some inside information — just like the real police.

The impromptu acting and directing during and between scenes becomes an integral part of the play. As characters interact with the audience while handling plates and drinks, they may tell secrets — or lies — about others in the room. The room, which is strewn with tables, has no stage, and the director, who also plays Shakespeare, will announce, “Hey, let’s play to this side of the room; they’ve been left out for a while.” And don’t think the cast won’t admonish you for speaking during their lines. Especially the divas.

Near the conclusion, or climax (that’s when dessert comes), several audience members are picked to read from scripts and the crowd votes for the best actors. Finally, the staff members collect the ballots, along with your credit card or cash, and reveal the awful truth, at which point the super sleuth (“Murder Master”) from the audience is recognized and rewarded.

The murderer’s fate isn’t disclosed, and no notice is posted for a public stoning, burning, or beheading. Maybe that will be in a follow-up called Shakespeare in Lockup.