Set the TIVO. Stretch and Grinders on Food Network 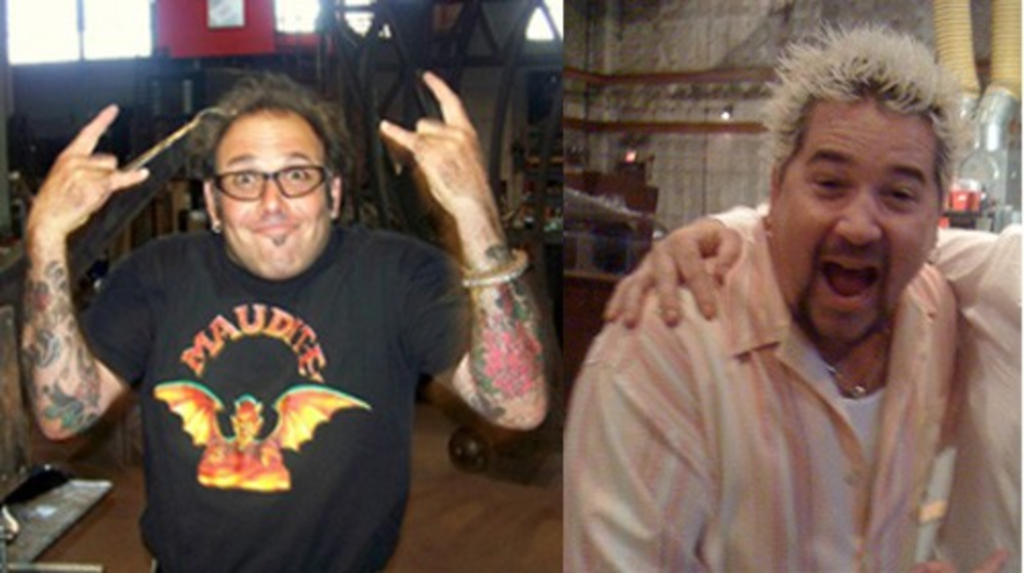 Say what you want about Guy Fieri but the man knows how to draw viewers. This Sunday is the sixth-season premier of his reality show Guy’s Big Bite.

The episode is titled “Pizza! Pizza” and features Kansas City’s very own sculpture impresario Stretch, along with recipes from his restaurant Grinders. Maybe Stretch will also  talk about some of his guilty pleasures. Now that would make for a wild show.

For a rehash of the energy these two create together, check out Eat Me Daily for a video of the tater-tot chili pizza Stretch made for Fieri on the show Diners, Drive-Ins & Dives.