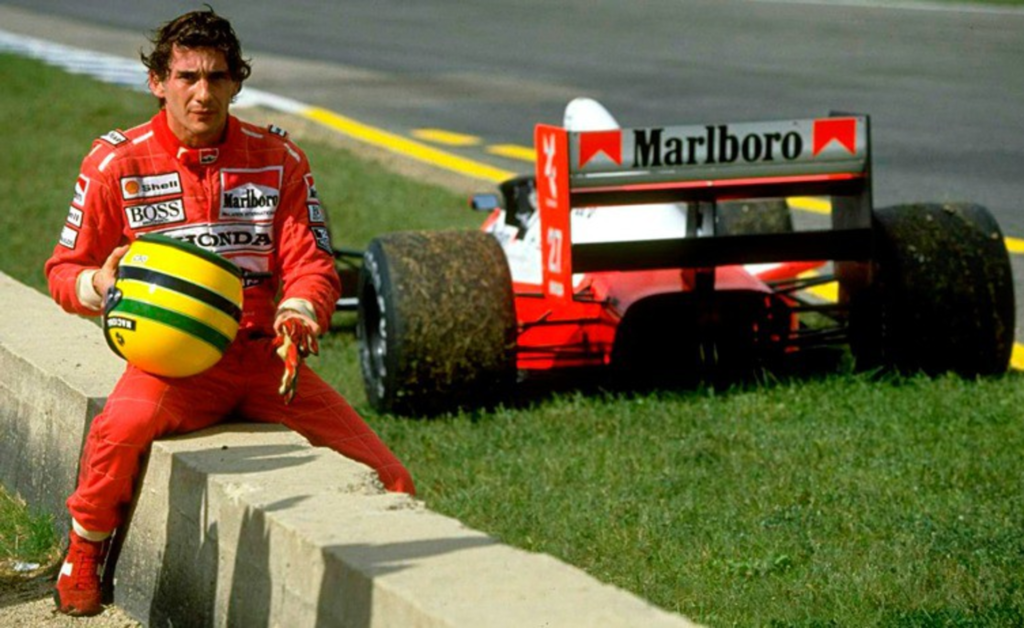 Funny thing, American exceptionalism. After record ratings for the World Cup, we finally seemed to be getting over that whole soccer vs. football thing. But in the world of auto racing, the division pretty much comes down to the United States vs. Everybody Else.

NASCAR’s brand of closed-body stock-car racing is mostly a local phenomenon, having evolved from racing hot-rod vehicles that were modified Detroit road cars. And, well, NASCAR is one endless circle on a dedicated track. Throughout the rest of the world, it’s all about Formula One: open-bodied, high-technology racers that originally derived from go-karting, racing through Grand Prix courses that contain sharp bends (called chicanes) and sometimes high embankments. (There is also a point system, wherein drivers compete not just within each race but also across the entire season.)

Which is “better” is really a matter of preference and debate. But the bottom line is that most Europeans and Central and South Americans have probably heard of Ayrton Senna, and most Americans have not. At least they hadn’t until the canine narrator of Garth Stein’s 2008 novel, The Art of Racing in the Rain, made a cult hero of him. As it happens, this represents no impediment whatsoever to full appreciation of, and total captivation by, Asif Kapadia’s documentary on the man who may have been the greatest F1 driver in the history of the sport. This is because Senna is crafted like a present-tense drama of near classical proportions.

Spoilers follow, which may sound like an odd thing to say about a documentary. (Although there’s immediate precedent in Errol Morris’ Tabloid.) A figure who has become larger than his own achievements, Senna is also practically mythic. This is partly because he died in a spectacular accident during the 1994 San Marino Grand Prix — the last time an F1 racer perished during competition. It also has to do with how he shook up international auto racing for good.

Senna’s unprecedented success in F1 (including three world championships) was a rare point of unified identification for Brazilians. His victories were celebrated in the shanty towns and in the penthouses, regardless of the fact that Senna himself came from a wealthy family. In the aftermath of 20 years of military dictatorship, and in the throes of radical disparity between rich and poor, Senna became a national hero for a badly broken Brazil. (Senna was also very generous to Brazilian charities and laid the groundwork for the Instituto Ayrton Senna, his own charitable trust.) But though Senna was deeply proud of his Brazilian roots, Senna gives the distinct impression that the European F1 establishment never exactly embraced this South American interloper.

Kapadia’s film delineates Senna’s career-long rivalry with leading French driver Alain Prost. Far more dialed in to the F1 establishment and the sponsor network, Prost was also a different kind of driver: methodical where Senna was impulsive, focused on points where Senna went for the win, and grim and splenetic where Senna was open and garrulous. Their jockeying for the No. 1 spot, even when racing for the same team, led to serious crashes, wars of words, and Prost’s eventual public declaration that he’d race on a team with anyone but Senna.

While Prost kept his animosity mostly on the track, Senna had a far more formidable foe in then-F1 President Jean-Marie Balestre, whose governing logic seems to have been, If it disqualifies Senna, it must be a good rule. But insider politics aside, Senna was a man apart in the flashy, disaffected world of European racing due to his devout Christianity. Some, like Prost, implied that it was a bit of an affectation — Senna sometimes talked about God’s hand in the outcomes of races. But the film leaves no doubt about the racer’s religious sincerity.

Kapadia and screenwriter Manish Pandey shape the facts into an excessively tidy narrative, so we know we’re getting a partial, tendentious version of F1 history. But as the John Ford dictum says, “Print the legend,” and that’s exactly what Senna does. The film’s form is quite distinct from a traditional documentary. It avoids talking heads in favor of a tapestry of recurring voice-overs from key figures, including Ron Dennis of McLaren, Sid Watkins (the doctor on the scene) and Senna’s sister Viviane. Their statements accompany a linear assemblage of race footage, home movies, contemporaneous press material, and some never-before-seen in-car camera rolls.

Much of this imagery, with its warm, beige Agfa film stocks, is simply gorgeous. And despite Senna’s apparent misalignment with the detached existentialism that seems to have been European racing’s dominant mode, the film certainly makes the case for him as the ideal blend of Sartre and Camus. To the very end, Senna was the author of his own fate, and he also put his complete trust in God, hurtling ahead as though he were fulfilling a preordained destiny.

Senna is a story about faith, politics, masculinity and rivalry. But mostly, it’s about that odd dialectic that defines us all: On the road of life, we’re both passengers and drivers.