#SelfieToSelfLove challenge aims to help womxn love their photos and themselves 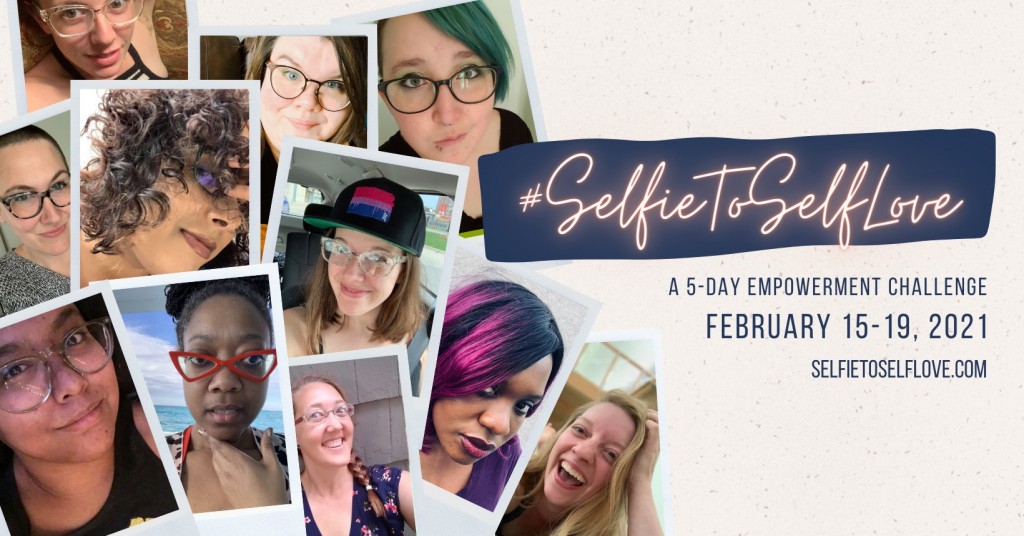 A promotional photo for the selfie challenge. // Courtesy of Kinzie Ferguson

Kinzie Ferguson is on a mission to make womxn love their bodies. The local boudoir photographer is running her fifth #SelfieToSelfLove 5-day empowerment challenge for womxn and non-binary people comfortable in femme-centered spaces. The challenge, run through Ferguson’s group The Empowerment Studio, aims to help people become more comfortable and accepting of themselves. Ferguson says that over the course of these challenges, she sees womxn grow from embarrassment over selfies, or even self-hatred, to recognizing their beauty and understanding that they have support. For Ferguson, the selfie challenge was a natural extension of her boudoir photography that helps womxn see their natural beauty—but that some people may not be comfortable doing yet.

“I’ve realized for some people, it’s entirely daunting to consider doing a boudoir session because they can’t even stand the idea of seeing themselves in any picture at all,” Ferguson says. “So I knew we had to take a step back and start the practice of just taking a picture, seeing yourself, in a really low-pressure context. Enter: selfies! Selfie threads and compliment parties have become a huge part of the culture of my Empowerment Studio facebook community.”

The selfie threads, where people will post their own selfies and others will leave supportive comments and compliments, have become a staple of Ferguson’s empowerment group. It’s for a good reason, Ferguson says, because it allows people who aren’t comfortable to post in a safe space while practicing taking up space.

“People start to be kinder to themselves, seeing themselves through other people’s eyes,” says Ferguson. “It’s such a safe space to practice existing in a photograph that people who are nervous will often give it a try, discover that it’s a really lovely way to start the process of seeing themselves in photos—and then take more and more selfies for the selfie threads.”

Feguson’s favorite part of the challenge, and more broadly her mission as a photographer, is to help people realize their worth and become more comfortable with the body they inhabit.

“I’ve seen endless transformations—big and small,” Ferguson says. “Some people who hadn’t ever taken a selfie before, and who thought they didn’t like how they looked—have become huge fans of selfies and have learned to find appreciation (or even neutrality! that’s a huge win!) for their bodies. One person who participated in the challenge went from not wanting to wear a swimsuit at all, to buying a two piece and rocking it at the beach with her family—all because she started to consider her body in a different light, and realized that she is beautiful and worthy of taking up space, exactly as she is. Another person was terrified of seeing herself in a picture, and in the process of our Selfie Challenge week, realized she had been hiding from herself for years and took enormous steps out of her comfort zone to radically transform her life.”

Part of the success of Feguson’s challenge comes from the structure of it, but also maintaining people’s freedom to participate at the level they feel most comfortable.

“For some people the selfie taking and posting is the most important part, but for others, the act of giving compliments over and over again is what ends up being the most transformational,” says Ferguson. “There’s something about the experience of bonding in a community, witnessing other people’s journeys and experiences, feeling connection, and seeing other people who might look a ton like you (and others who look very different from you) that can shift how your brain perceives the world. It’s so powerful, this way that we all show up together.”

In addition to the challenge, Ferguson is introducing a selfie course aptly titled #SelfietoSelfLove: the Ultimate Selfie Course. The course includes over 50 small videos to instruct people on posing, lighting, camera tips and tricks, as well as how to be gentle and kind to yourself during the process. To get more information on the course, visit their website or Instagram. The #SelfieToSelfLove 5-day Empowerment Challenge will run from Feb. 15-19. You can sign up for the selfie challenge here.