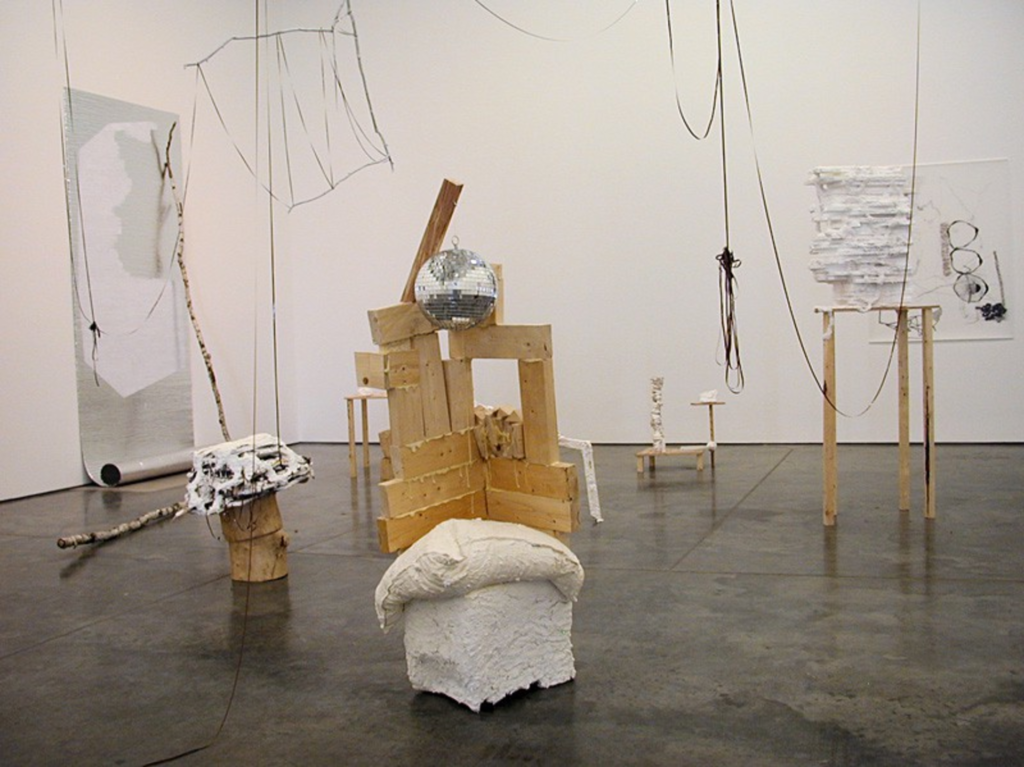 Anthony Hawley takes over the entire back gallery of the Dolphin with his sprawling installation. He lines the walls with drawings on vellum that feature tiny, manic geometric forms; meandering waves; and energetic, thick black lines that zip to and fro. But the drawing doesn’t stop there: Hawley loops the filmy, stringy guts of cassette tapes through the rafters and down to the floor, creating a three-dimensional effect that draws the space together. With their drips of plaster and drywall cracks, their woodgrain and dribbles of glue, even his hodgepodge, amateurishly assembled sculptures demonstrate an appealing sensitivity to line. 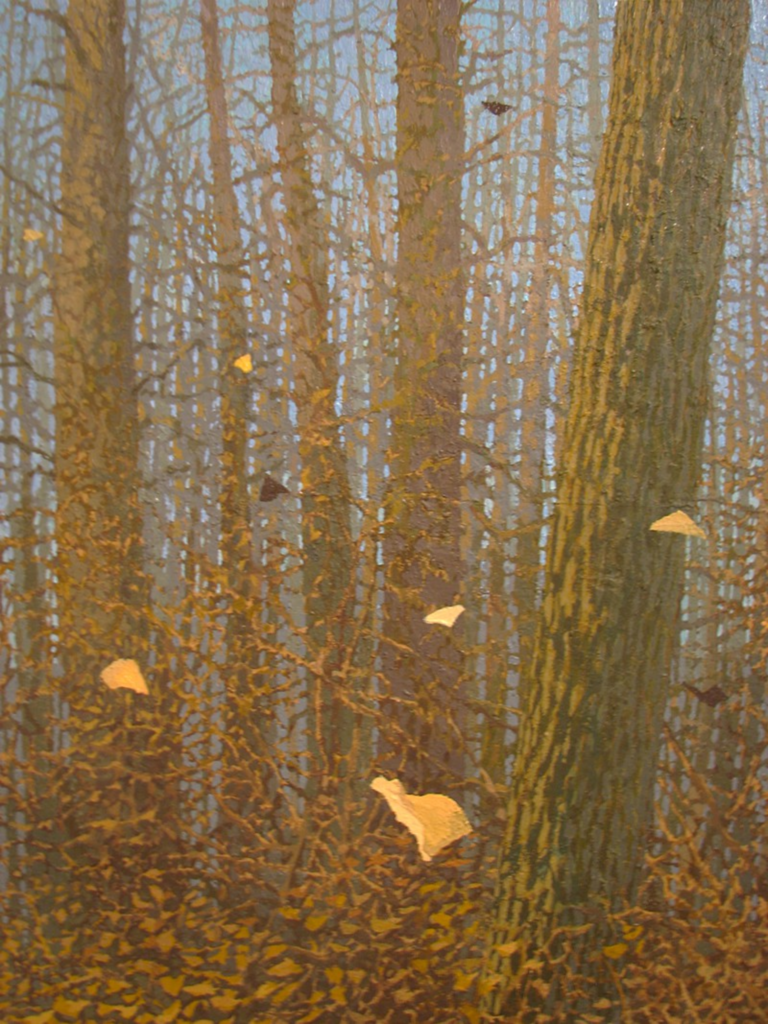 Robert Mullenix’s atmospheric canvases provide a smart antidote to the muggy Kansas City summer. Staring at the artist’s forest scenes, which he has saturated with brilliant color and cool, dark shadows, is almost as good as a hike in the deep shade of the woods. (In fact, with the Artists Coalition’s central air conditioning and the absence of ticks and mosquitoes, it might be better.) The long, vertical lines of Mullenix’s tree trunks and saw-toothed outlines of leaves appear crisp from a distance, but a closer look reveals an unusual finish: Mullenix paints photocopies of photos, yielding a texture reminiscent of Ben-Day dots. 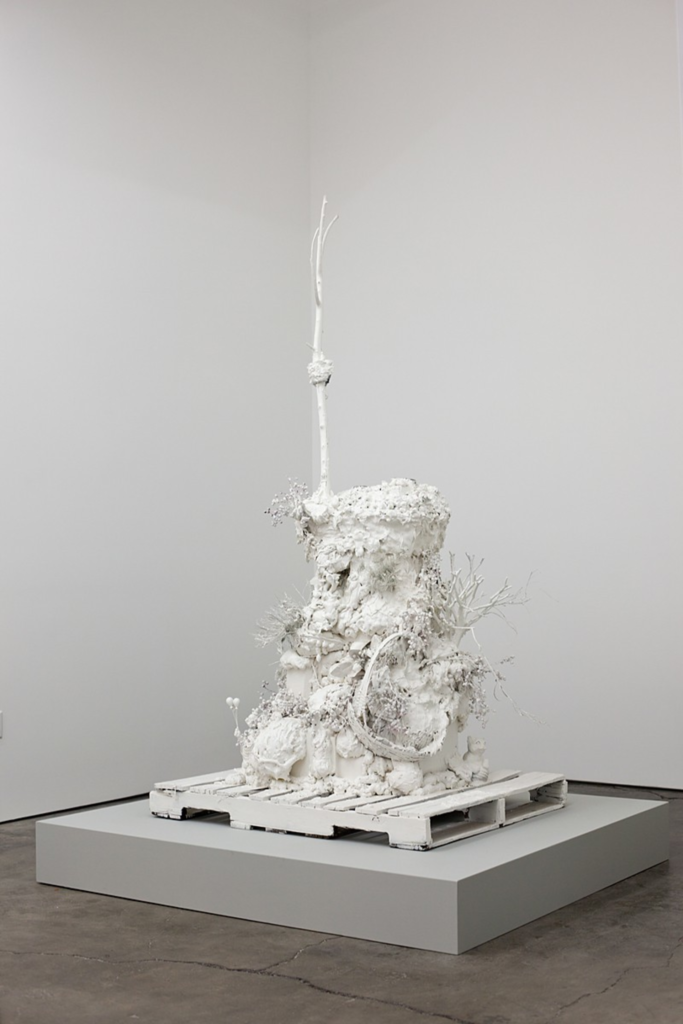 With its milky color, faux greenery and whipped-cream-like globs of plaster, Jarrett Mellenbruch’s 8-foot-tall sculpture looks like a nightmarish wedding-cake topper. It’s as though the artist had piled up the contents of an entire craft-store shelf (clown figurines, hummingbirds and kittens take up space among that greenery) and frosted it in ivory-colored goop. The sculpture’s size, color and baroque form culminate in a slender tree branch, calling to mind commemorative statues. But if “A Busy Solitude” is a monument, it’s one that’s dedicated to excess. As towering as this lively, convincing part of Bill Brady’s most recent exhibition is, though, you’ll miss it if you fail to make your way to the back of the space. Mellenbruch’s work is the most intriguing of this show.