Capitalism, colonialism, and comedy in School Girls; Or, The African Mean Girls Play at the KC Rep 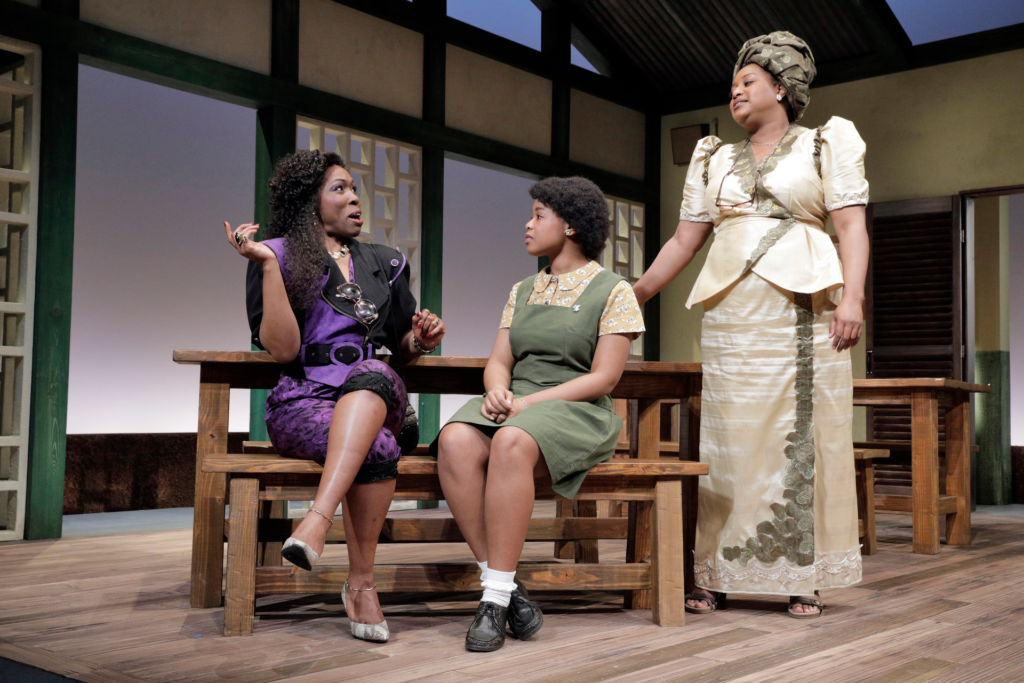 The obvious frontrunner is Paulina Sarpong (Bri Woods), a self-styled Queen Bee full of tall tales about her professional athlete boyfriend and hip American cousins. Paulina spends as much time bragging as she does abusing her acolytes for fashion faux pas or overeating — none so brutally as the shy Nana (Shon Ruffin, playing against type to alternately endearing and hilarious effect). But her position begins to crumble with the arrival of Ericka Boafo (Morgan Walker), a light-skinned transfer student from Ohio with a notable pedigree. 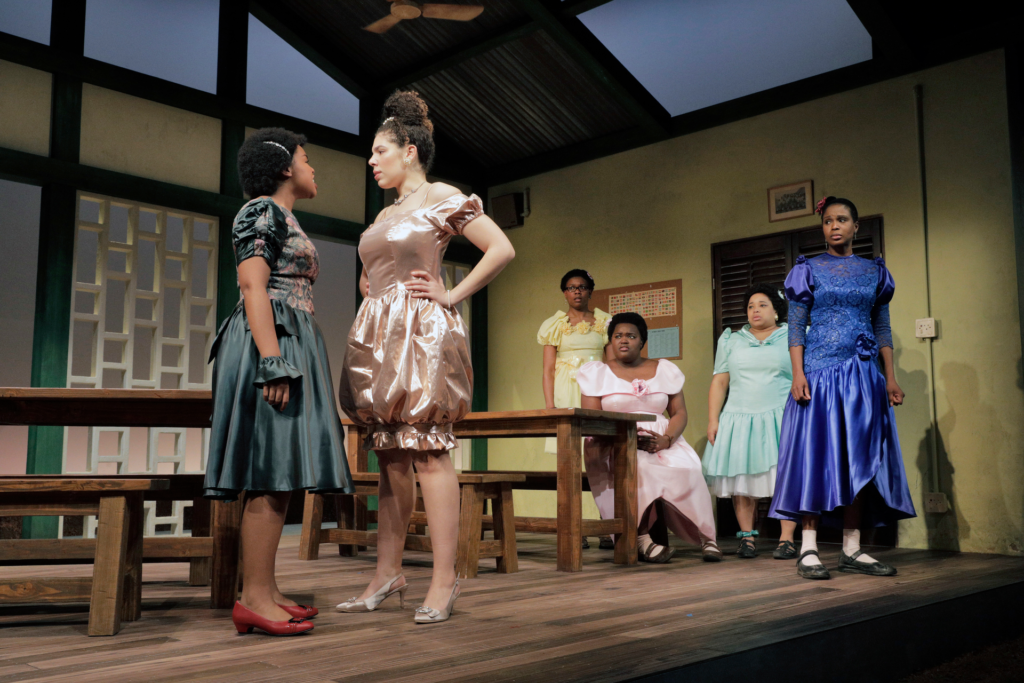 Bioh is smart about the veneration of American culture and the capitalist machine. The girls eat up Paulina’s (um, embellished) descriptions of White Castle and fuss over her imitation-crab dresses from “Calvin Klean.” But School Girls is primarily attuned the to way that machine reinforces colorism and prioritizes whiteness. When a “Miss Global Universe” scout praises Ericka for her more “commercial” look, her classmates hear the subtext loud and clear. The girls coo over her pale skin and ask her for recommendations for makeup and bleaching cream.

The Rep’s ensemble cast is strong across the board, and director Chip Miller boosts each performance with precise comic beats and spry pacing. Woods and Walker have convincing chemistry as enemies constrained by the same social pressures. Allison Jones is predictably energetic — and singularly goofy — as the struggling student Gifty, and Yetunde Felix-Ukwu makes a strong impression as the more self-possessed Ama. Chioma Anyanwu delivers a comic, physically detailed performance as Eloise Amponsah, a former Miss Ghana turned talent scout eager to climb the organization’s ranks. 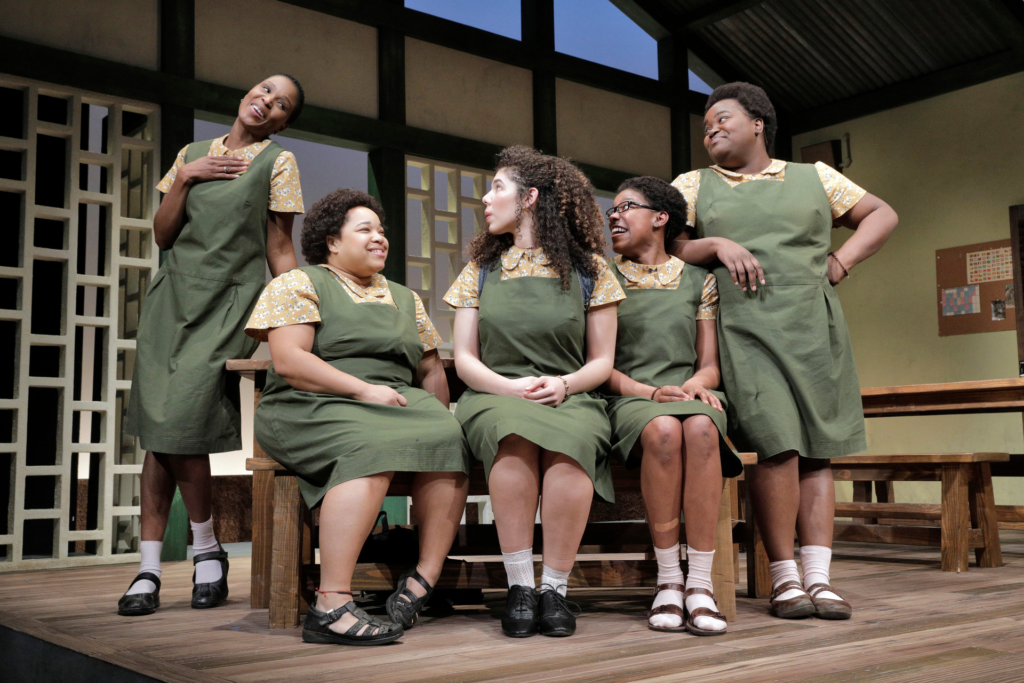 Like Tina Fey’s Mean Girls, School Girls is a genuinely funny tromp through somewhat predictable plot points. But Bioh is specific about the ways in which black girls are asked to internalize white, Eurocentric beauty standards — and the compounding damage those standards wreak.

It’s not much of a spoiler to say that the girl chosen for Miss Ghana is a poor representative of the country. Nor that her performance in the international pageant is as illustrative as her selection. School Girls sprays a breezy comic coating on a sobering reminder: the meager “rewards” of playing by a colonizer’s rules.

Through March 17 at the Kansas City Repertory Theatre, Copaken Stage