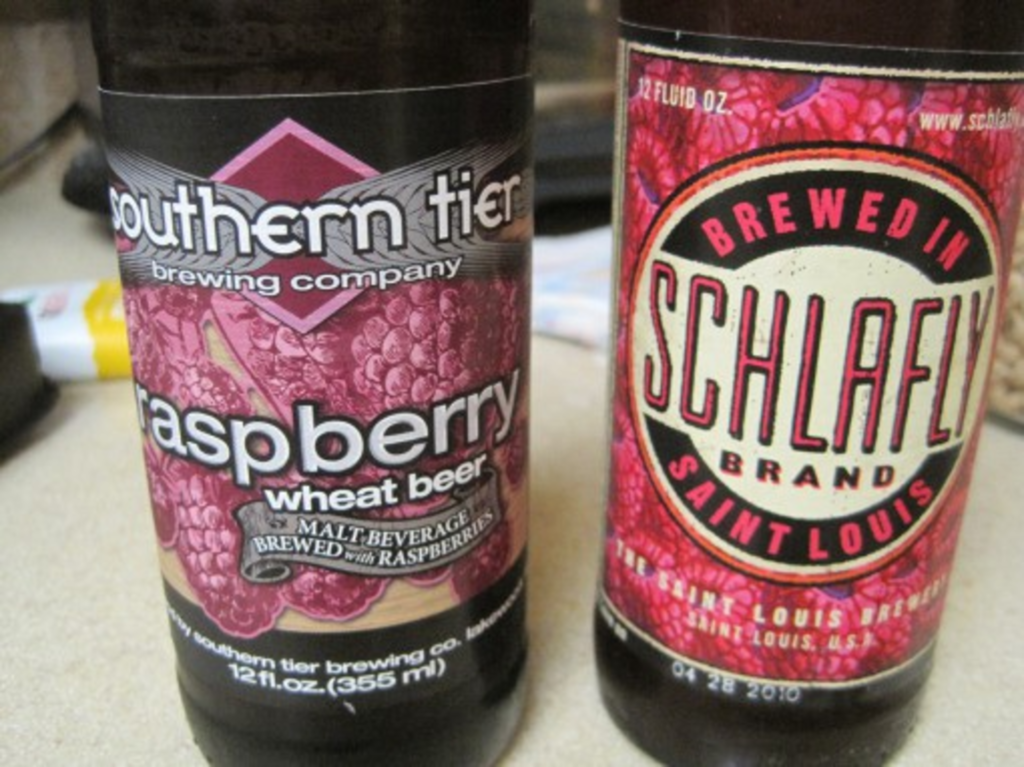 With no new summer seasonals at Royal Liquors, I took a flyer on two raspberry brews in an attempt to find out whether anything other than a fruit lambic should be helping me to reach my recommended serving of fruit beer each week.

The first was a Raspberry Wheat from the Southern Tier Brewing Company of Lakewood, New York, which has been brewing since 2002. I’ve had its India Pale Ale previously and enjoyed it. Raspberry wheat is one of the brewery’s year-round offerings, which suggests that it’s popular or at least well-received.

The second is Schlafly’s Raspberry Hefeweizen. The St. Louis brewery’s summer seasonal — which adds raspberry to the year-round American wheat ale — has been in stores for a month. It’s just never made it into my shopping cart because it’s sitting next to the brewery’s Helles-Style Summer Lager (now also available in cans).