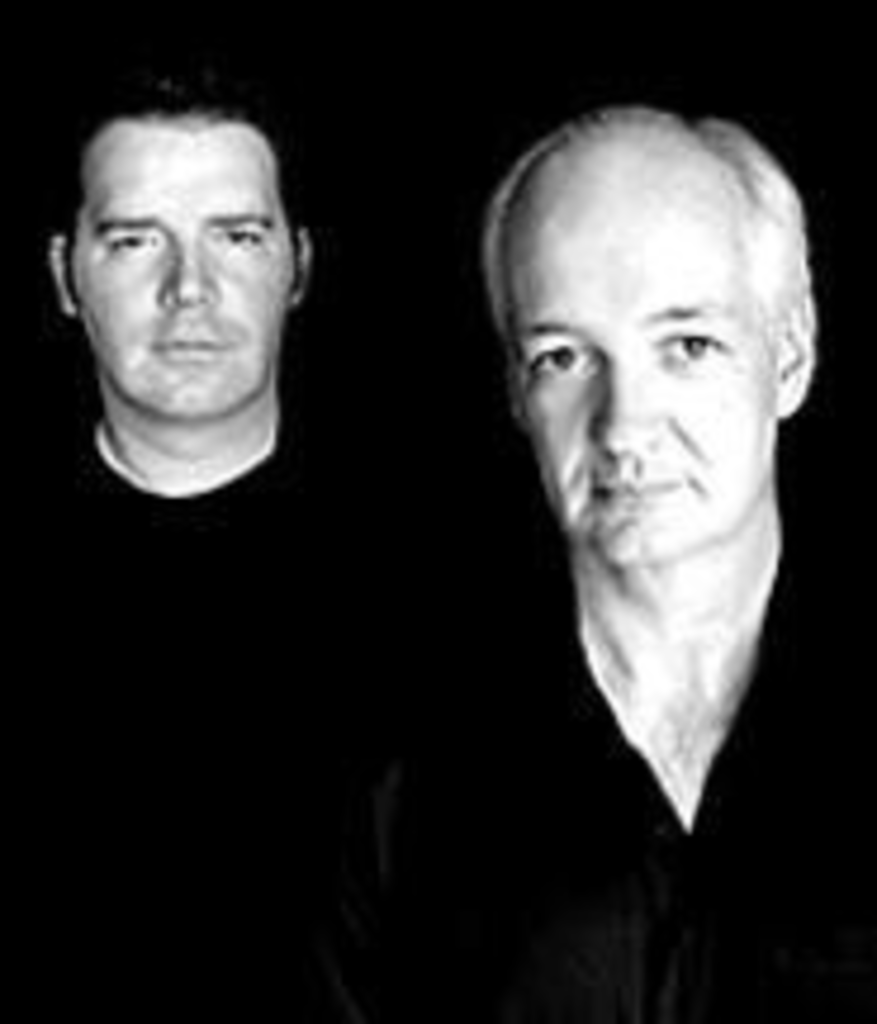 People often get into trouble for saying the first thing that comes to mind. Colin Mochrie and Brad Sherwood make a living out of it.

Fans of the television program Whose Line Is It Anyway? will recognize the pair and many of the improvisation games they perform.

“There’s a nice feeling,” Mochrie says of improv performances. “The audience is such a major part of the show — they supply all of the suggestions. The audience has a stake in the show that night. That’s why we get a little more leeway than stand-ups do.”

About 80 percent of the act calls for spectator participation, Mochrie says. He and Sherwood need audience input for such routines as the “Sound Effects” game, in which the comedians randomly call on two people to make oral sound effects that guide the scene that Mochrie and Sherwood act out. Another favorite is “Moving People,” in which audience members manipulate the duo through a scene like giant dolls. Mochrie and Sherwood can’t budge without being directly moved by their respective audience members, which makes even walking an entertaining chore.

They reserve the right to be choosy about the proposals they take from the audience, however. When solicited for occupations to act out, invariably an audience member or two will offer professions dedicated to human orifices.

“If we actually did take those suggestions and did a scene, I think people would be probably outraged,” Mochrie says. “We try to work it so when we’re asking for our suggestions, we put it such a way that the audience actually has to work a little, that they have to use their imaginations. The more different the suggestion is, the better it is for us.”

In other words, they’d rather be storm chasers or stuntmen than the oh-so-predictable firefighter.

“If it’s something we’ve never heard before, it gives us a fresh outlook on things,” says Mochrie.

With a show that changes nightly, they obviously have to be quick on their feet. But we still always wonder — couldn’t it all be planned out ahead of time to guarantee laughs? Mochrie says that’s usually the first thing people ask.

“In one way, it’s sort of a compliment, but I think it gives us too much credit as being actors, and we’re really not. We usually have people after the live show come up and say, ‘Were those people plants?’ I think, Well, what’s the point of doing it then? To me … it’d actually be more trouble than it’s worth.”

Much of Mochrie and Sherwood’s success stems from their teamwork. The comics were friends for 15 years before pairing up onstage. Mochrie emphasizes the importance of having a partner with whom you enjoy performing, because if one guy blanks, the other has to be prepared to take over.

And, like only good friends can, the two find amusement even in each other’s pain.

“There’s one game we do called ‘The Mousetrap Game,’ where the floor is littered with mousetraps and Brad and I are blindfolded and barefoot doing a scene. It’s really a sick, sick game, but the audiences love it,” Mochrie deadpans. “One night Brad started bleeding — he’s a bit of a bleeder — and that was kind of fun.”