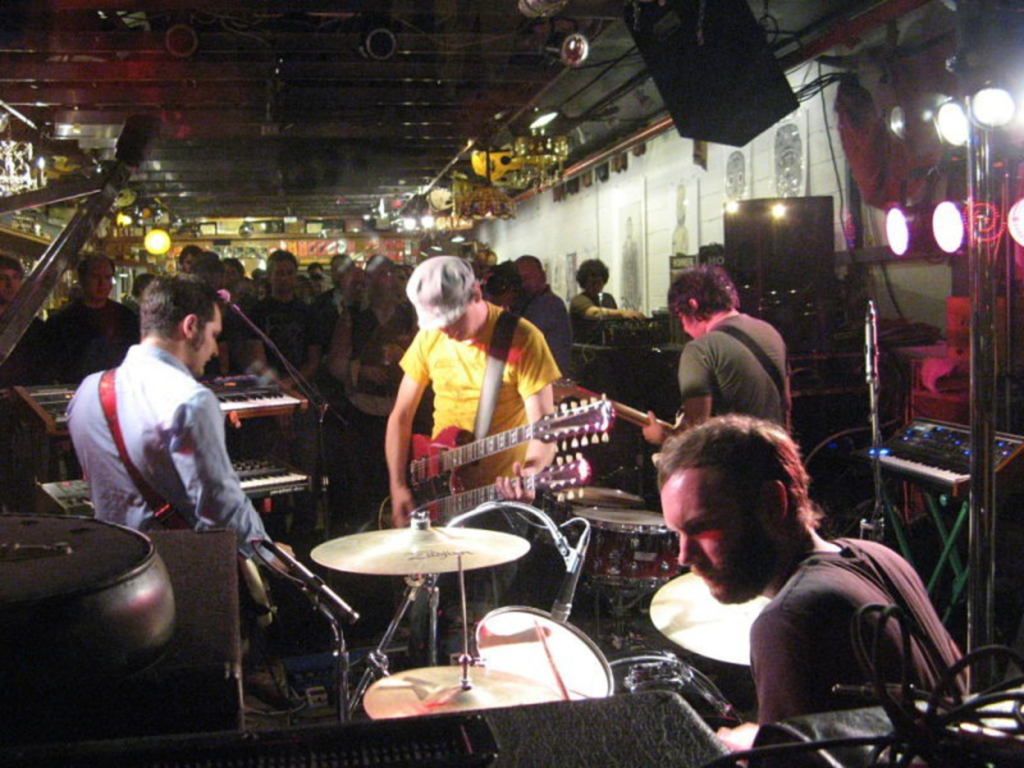 This past Friday, May 1, around 8:30 p.m., Brodie Rush‘s space-rock band Be/Non showcased songs from its upcoming album, A Mountain of Yeses, at Midwestern Musical Company. The First Friday crowd inside the little music store at 19th and Locust was so thick, in fact, that I decided the view would be better from outside, in the cool night air.

Be/Non unleashes Yeses with two shows next weekend: Friday, May 15, at Crosstown Station and Saturday, May 16, at the Bottleneck. Yeses, a concept album about a spaceman’s search for a new home, is available now in vinyl/download format. Early listens to the album have revealed it to be proggy, upbeat and fun. The music evokes the groovier (less operatic) side of Queen with a strong undercurrent of analog-keyboard-powered electronic disco funk, a la Giorgio Moroder. Look for more about Be/Non in next week’s Pitch.