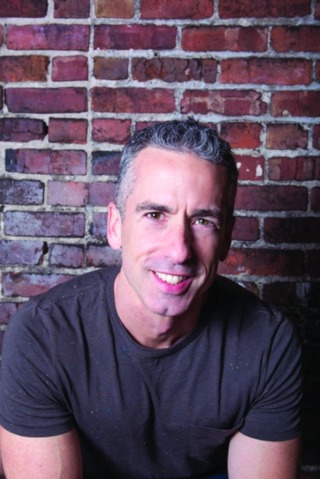 Dear Dan: I’m a fortysomething gay male professor at a small college. I try hard not to get attracted to students, and usually succeed. But it’s tough to resist temptation when you’re surrounded by hot, smart, fun, horny young guys in a rural area with not many other options. Over the past several years, I’ve ended up having sex with several students. None of them were students I was currently teaching or likely to teach, and two had graduated. I’m not actually violating college policy, which only bans faculty from getting involved with students they’re currently teaching. I haven’t ever done anything on campus or made the first move—and when one of them starts trying to hit on me, I’ve usually mustered the willpower to ignore him. On rare occasions when I’ve ended up letting my cock do the thinking, I’ve treated my younger partners with kindness and respect and observed your campsite rule. All of these younger guys solemnly swore to keep our extracurricular activities secret, but still, word might leak out, and I don’t want to become known on campus as one of “those” professors. Most important, I don’t want my queer male students—many of whom look to me for mentorship—to think I’m grooming them for sex after I’m no longer teaching them, and I don’t want my female and straight male students to feel like second-class citizens. On the other hand, I’m a sex-positive person who believes that happy, consensual banging has its own intrinsic value. I tend to be attracted to younger guys, and I think part of the attraction is that they’re less jaded about sex and more excited. Fucking them feels less transactional than the typical hi-bang-jizz-wipe-bye Grindr hookup that seems to be the norm with gay guys in their 30s and older. I’m struggling with how I should feel about these off-campus romps. We’re all adults, and we’re not breaking any rules. Obviously the behavior is professionally risky for me, probably foolhardy. But is it immoral? Above all, what should I do when future opportunities present themselves?

Dear PHD: Can we please not describe one adult subtly and perhaps unintentionally telegraphing their attraction to another adult as “grooming”? That term refers to adult sexual predators insinuating themselves into the lives of minors, slowly gaining their trust and the trust of their family members, so they can abuse them sexually. It means something very specific, PHD, and we shouldn’t confuse or cheapen its meaning by applying it to your behavior—which, while not criminal or immoral, is incredibly stupid.

Yes, these relationships are permissible, in the sense that the school where you teach permits them. They aren’t against the rules, those young men were all consenting adults, and you’re honoring the campsite rule (leave them in better shape than you found them). But this is an advice column, PHD, and you’re not asking me what’s permissible, but what’s advisable. And what you’re doing is crazy inadvisable for all the reasons you cite: the risk of promising and hot gay male students misinterpreting your interest in them as sexual, your straight students feeling like they may not be getting the full benefit of your attention, and your mediocre and not hot gay male students—sorry, your mediocre and not conventionally attractive gay male students—interpreting their failing grades as sexual rejection.

I, too, am a sex-positive person who believes in happy, consensual banging, and I don’t think what you’re doing is immoral. But it is incredibly reckless at this particular moment on any American college campus. Power and consent are minefields that students, professors, and administrators are tiptoeing through, PHD, but you’re humping your way across them. Becoming known on campus as one of “those” professors—because you are one of those professors—could wind up being the least of your problems. What if your college revises its rules while you’re balls-deep in a student? What if you have a falling-out with a student you banged and he files a complaint? What if you want to move to a different school that has different rules and your reputation proceeds and disqualifies you?

Finally, PHD, it’s fine to be attracted to younger guys. But if all your experiences with guys in their 30s have been dispiriting and transactional, well, it sounds like you were the common denominator in a lot of meh sexual encounters. Speaking from experience, I can say that plenty of guys over 30 are excited about sex and good at it. If every guy over 30 that you’ve been with has been underwhelming, well, it’s possible they were picking up on your lack of enthusiasm/attraction and reflecting that back at you.

Dear Dan: I’m a 33-year-old woman in a nine-year LTR with another woman. Our relationship hasn’t been great in the intimacy department for a long time. We’ve talked it to death, with no real significant change. I started talking to a woman online a few states over who is married and in a similar situation with her husband. Things are great between us, but neither of us envisions a future where we would leave our partner. My partner is chronically ill and I support her financially, and my online GF and her husband have young children. I’m wondering if you know anything about sustainability in a relationship with someone online. I’ll admit that sometimes it’s torture to not be able to be with her in real life. But then there’s the question of our significant others. Is it okay to keep this secret if things are good otherwise?

Dear Dan: I’m one of your straight male readers. I’ve been seeing a professional Dom for the last year, with my wife’s okay, and it’s been very good for our marriage. I thought I could “give up” bondage when we got married, and then I found myself feeling resentful of my wife, even though it was a choice I made freely. This outlet—a wonderful pro that I see just for bondage, not for sex—solved our problem and even improved our sex life. I’m writing to say thank you. I don’t think we would have been able to discuss this calmly if we hadn’t been listeners of the Savage Lovecast. And, yes, I’ve told my wife if there’s ever anything she wants that I can’t do for her, she only has to ask.

Dear GRIN: Thanks for the sweet note, GRIN!