Saturday night, Center of the City popped off at Vandals 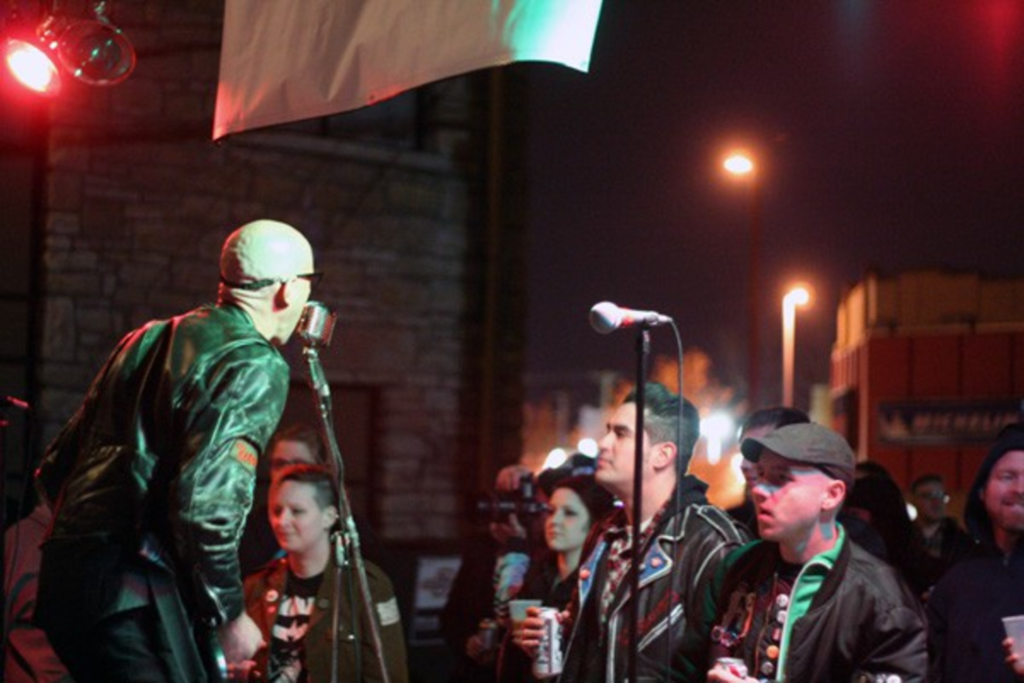 Center of the City started as a response to Middle of the Map’s excluding bands of a … shall we say, “angry” nature. Despite past acts like Fucked Up and Coalesce, Middle of the Map tends to eschew punk acts. However, what was once a middle finger to Middle of the Map has now become a full-fledged attraction in and of itself. This weekend featured more than 30 of Kansas City and Lawrence’s finest purveyors of punk, rock and hardcore, and if Saturday was any indication of the other two nights, then this fest might need to expand next year, because Vandals was fairly bursting at the seams. Had it been warmer, this would have quickly gotten uncomfortable.

Audience members knew one another, and it’s tempting to say that at least half the crowd for any particular set was made up of performers from other acts. Still, it created an enthusiastic, inclusive atmosphere. Every right hand held a beer, and sing-alongs were almost a given during every set. 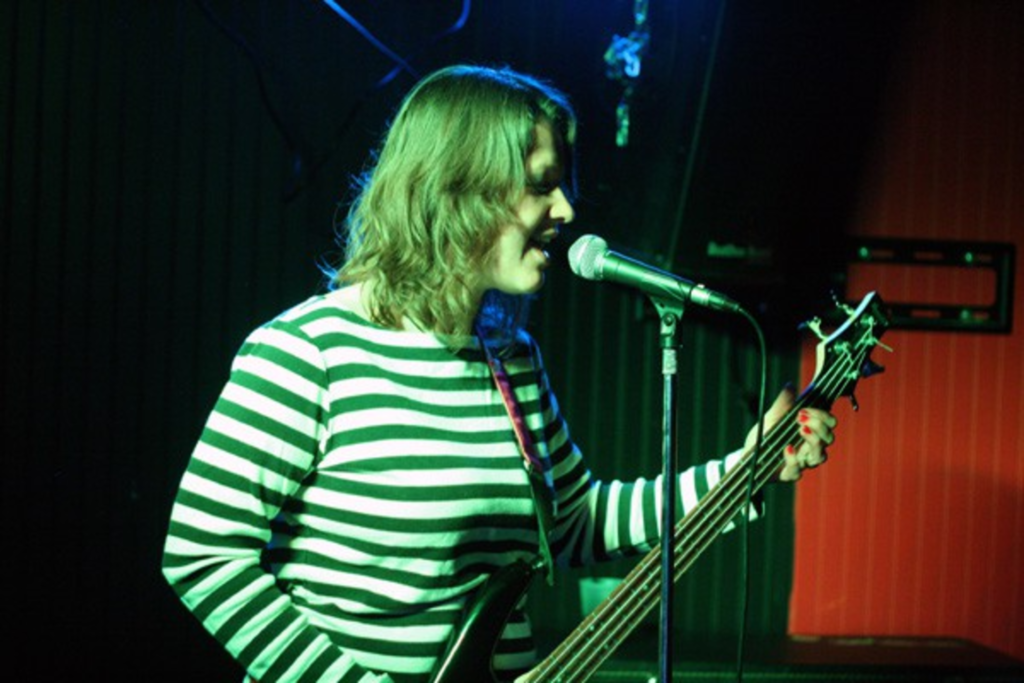 By the time I wandered into Vandals Saturday night, Deco Auto was a few songs into their set, and I’d been drinking for a couple of hours. Their rock and roll was a soothing change from the indie I’d been perusing as part of an unexpected excursion into Middle of the Map. They were scrapping songs from their set in an effort to fit into the half-hour set they’d been allotted and to make sure the next band was able to start on time. This was something you’d see time and time again as the evening went on: Each and every band wanted to make certain the act following them had their full set, and that everyone inside went out back to see them and vice versa. 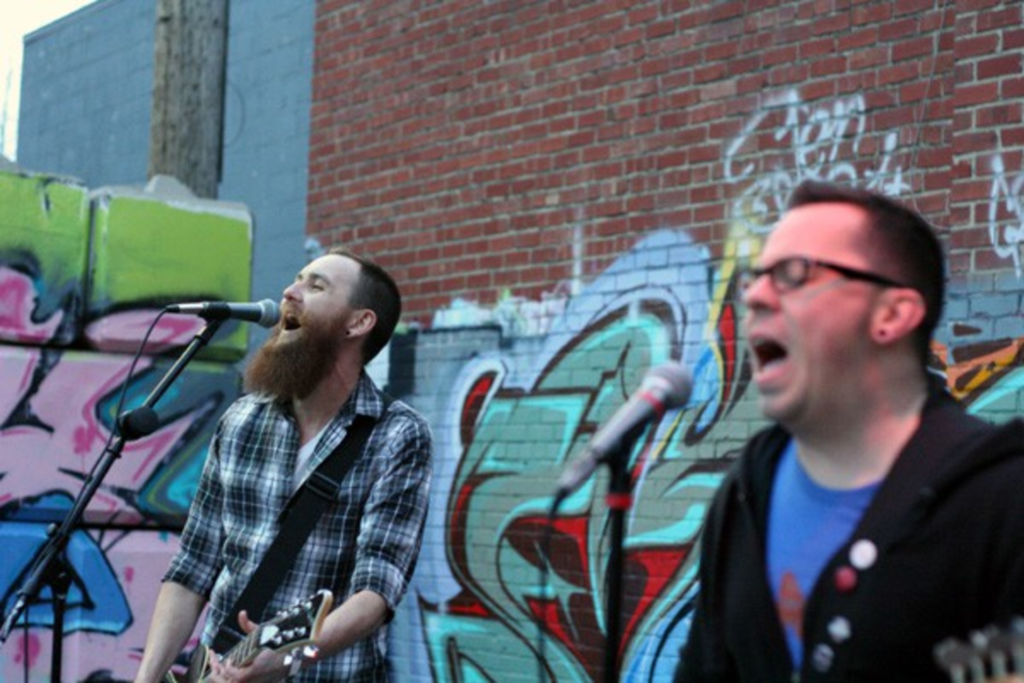 It’s been awhile since I last saw Dead Ven, but this was the first time I’d seen them play electric. No accordion, either, as Ethan was on call as a father. It’s evidently something the band does consciously, as explained when I spoke with frontman Ven. It seems that the band tries to play differently – in this case, electric – when certain band members can’t make it to play their standard folk-punk set. The sound was pure street punk: an ode to Boulevard Brewing (It’s in our hands/It’s in our heart), like a less political, more drunk Against Me! Maybe the ever-popular Swingin’ Utters. They had some issues with the vocal mic cutting in and out but persevered. 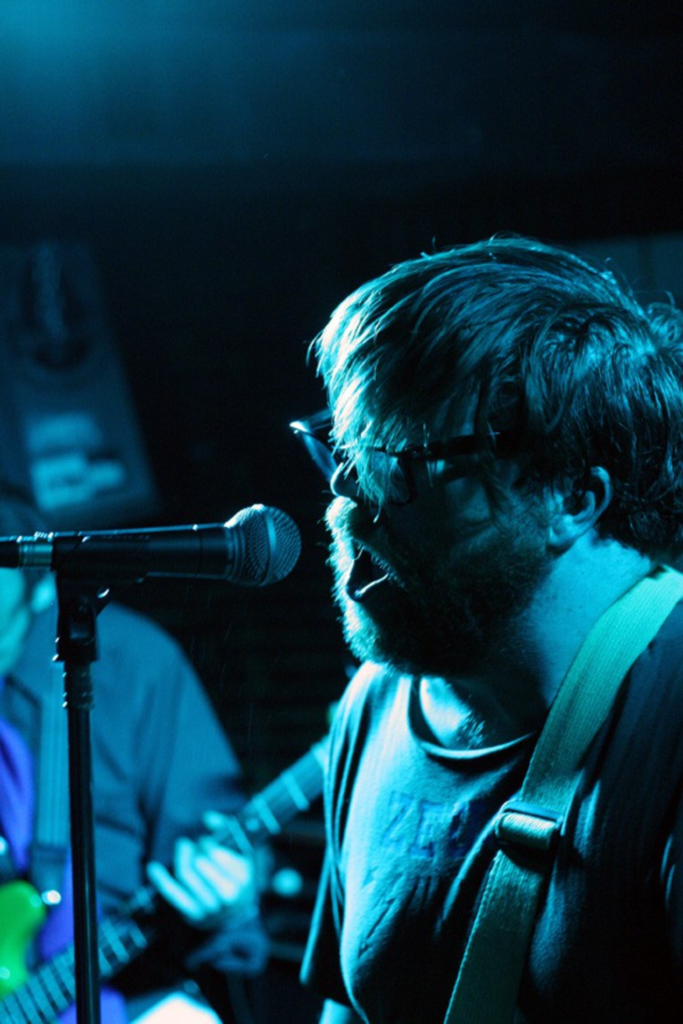 Back inside, the Itch had a surfy, Minutemen vibe going on, with their standing drummer hollering out lyrics like D. Boone. It was entertaining beyond belief, even if I’d never heard any of their music before. It was hypnotic, the way they’d lock into a groove and follow it to its illogical conclusion. 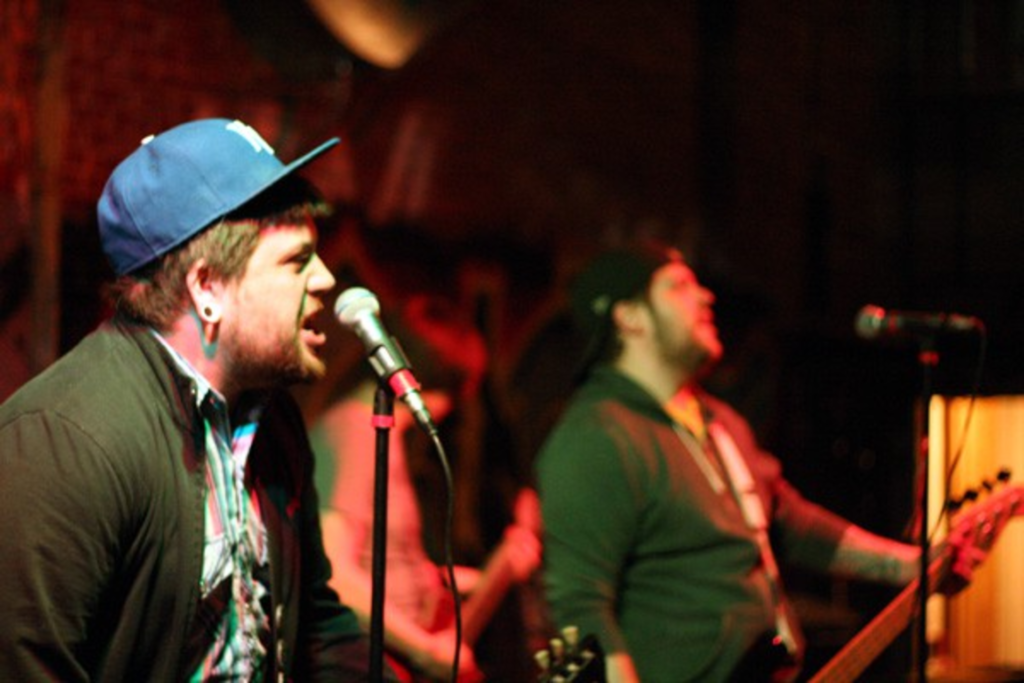 Donner Diaries was the first band to cope with the dropping temperatures and increasing wind outside, but managed to play an energetic set of rough-hewn pop punk nonetheless. Their sound is catchy and rocks that whole orgcore vibe relentlessly (gruff vocals, melodic chord structures, unafraid of choruses). The band’s performance was enthusiastic, despite the increasingly uncomfortable weather. 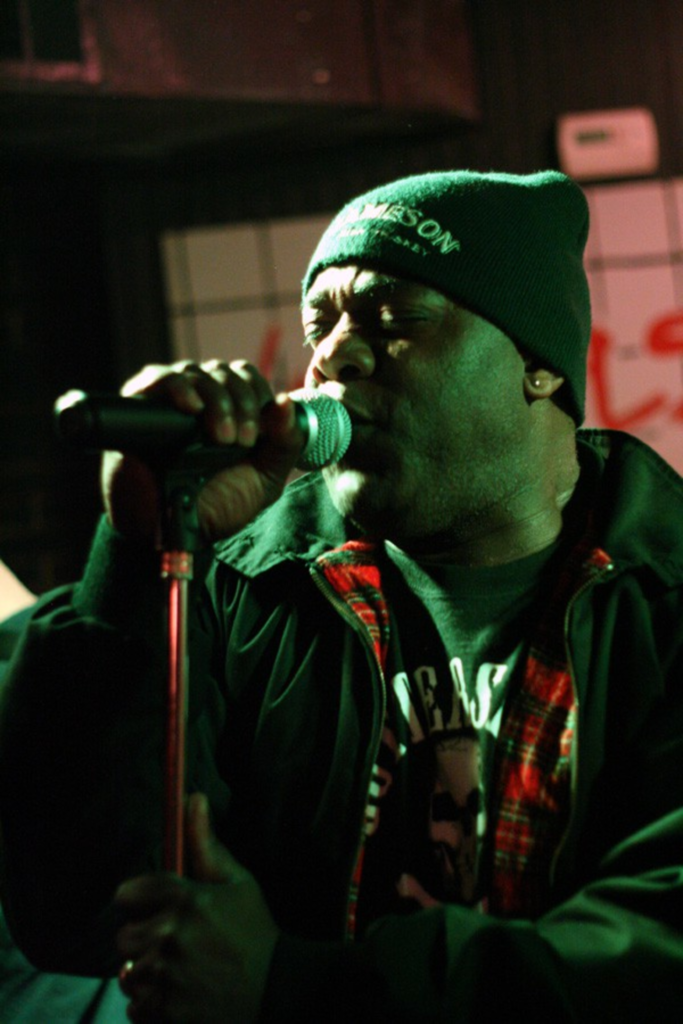 Inside, Scene of Irony was straight-ahead punk rock. It’s pretty unaffected, basic shit. It’s not bad, with a good, grinding guitar base, but nothing that really grabbed attention. After a few songs, it started to get plodding, with everything seemingly based around a basic riff that got same-y after a few songs. A cover of Motörhead’s “Ace of Spades” livened things up a bit but still hit the same thudding monotony.[page] 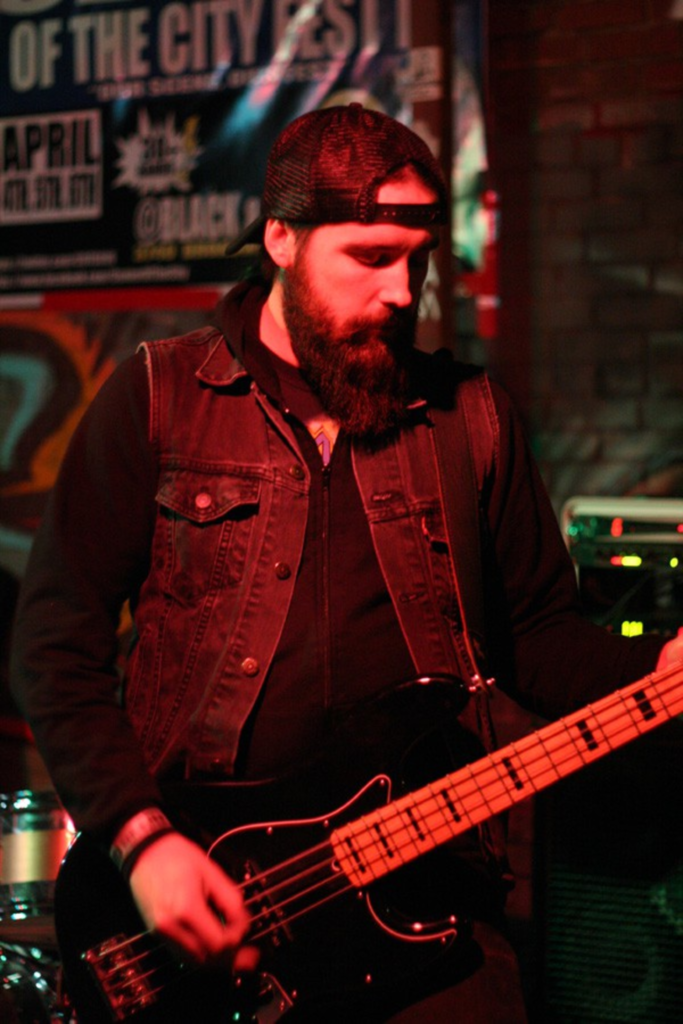 KC Thieves continued the riff recycling outside, although they played punk and roll with a little more enthusiasm and anthemic fun. 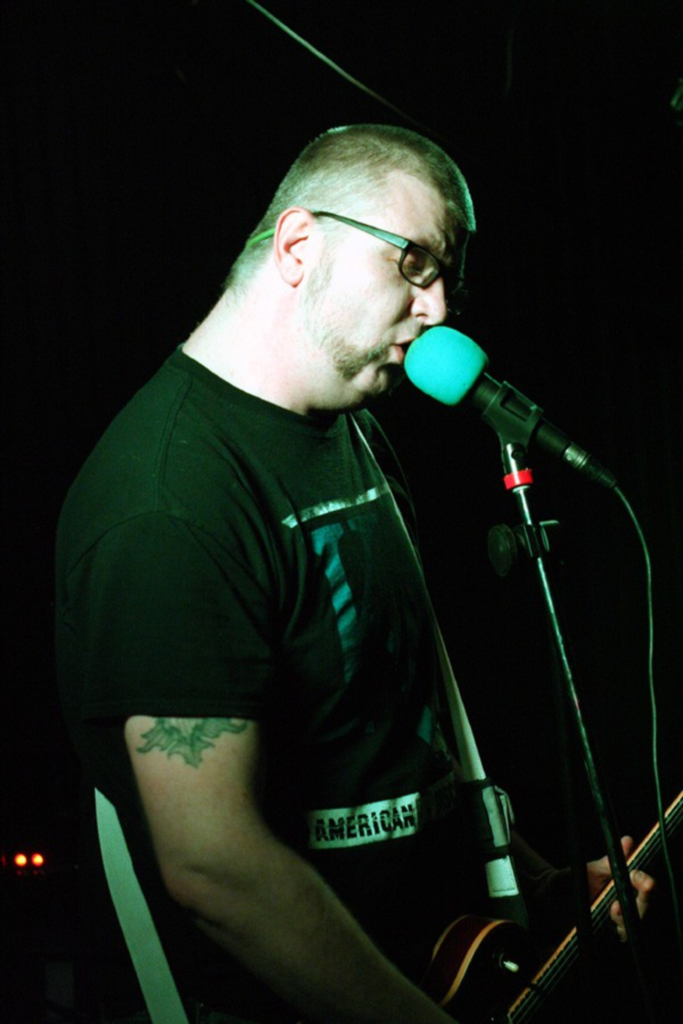 Molotov Latte was the point at which I started to hit the wall. Too much similar riffage, too much basic rock structure, and I wanted something different. It was good, but by this point, it was all pretty standard and I wanted to hear something that wasn’t three chords and fist-pump. 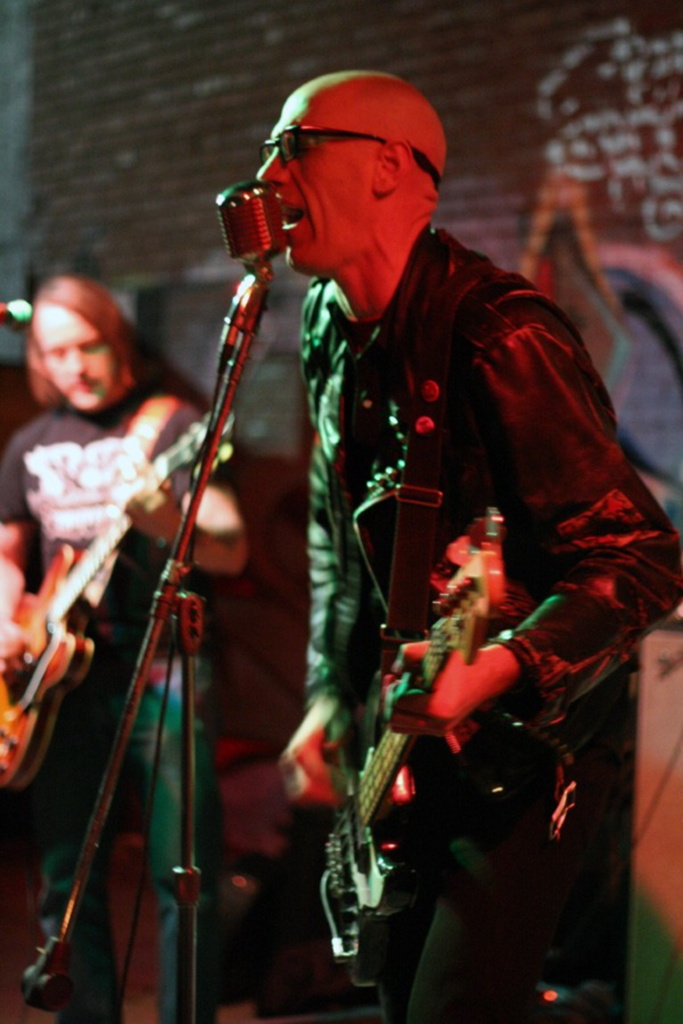 Red Kate brought everything back, playing in the increasing cold with energy and enthusiasm. Their music is punk rock and roll, and on their new When the Troubles Come record, they’ve captured a sense of purpose, but live, it’s so much more. The entirety of their set was pure power – L Ron Drunkard is a force with which to be reckoned. His declamatory sneer spits in the face of anyone who dares think this is just a pose. 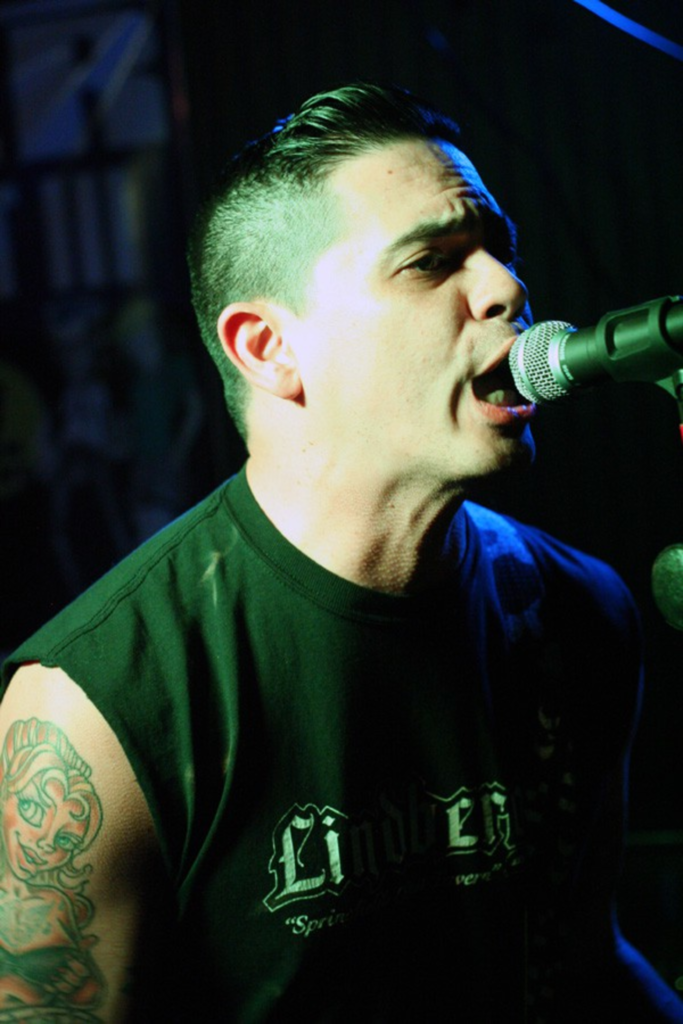 The Bottle Breakers are rock and roll – no surprise, really. If you see Mike Farren behind the bass, there’s going to be a rock show, and in the case of the Bottle Breakers, you get catchy, Social Distortion riff rock. The trio was shooting a video that night, and I’m sure their camera guy got plenty of great footage, considering the rather boisterous, enthusiastic crowd. Boisterous to the point that their cover of the Saints’ “Lost and Found” resulted in a broken mic stand, as the crowd lost their collective mind. 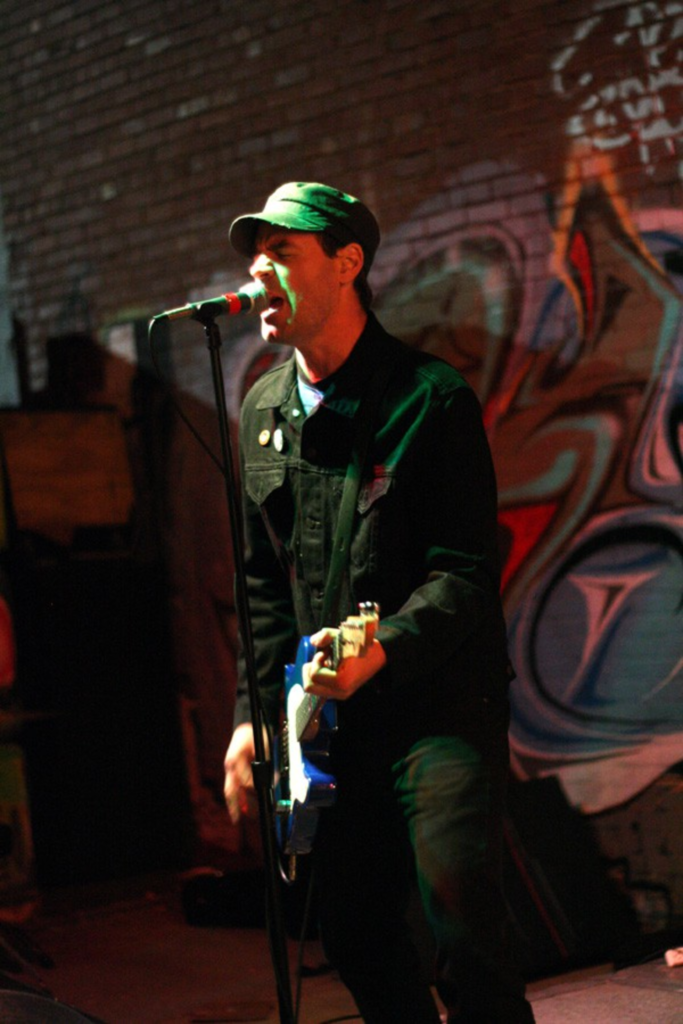 Let’s call Hipshot Killer the best-kept secret in the KC punk scene. The group plays ridiculously melodic songs that lodge themselves in your brain, evoking the best of the Explosion – songs that may as well come with diagrams for fist-pumping and sing-along charts. Their self-titled debut was well-represented, and the band is finally working on a follow-up that should be as good, if not better, if the new material is any indication. The trio’s experience in bands going back to the ’90s all-ages scene results in a band that should be huge. Their sound certainly is, with riffs and choruses to spare. Chris Wagner’s bass lines may as well be punk rock holy writ, to say nothing of Mike Alexander’s guitar work. 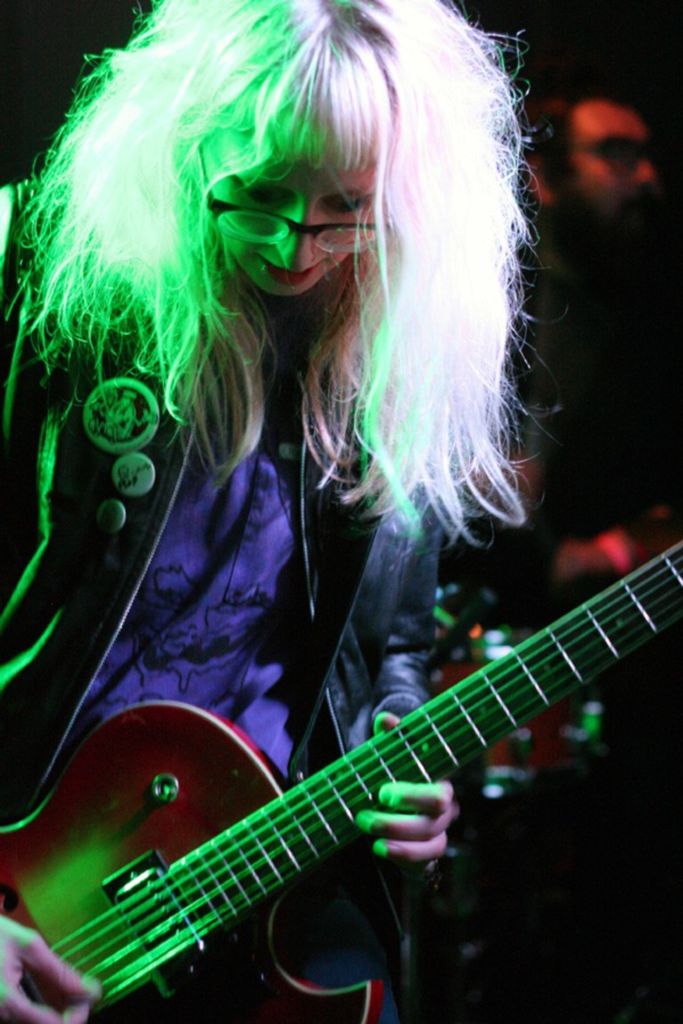 And ohmygod. The Bad Ideas are a force with which to be reckoned. These four are the snotty, audience-rallying inheritors of the Sister Mary Rotten Crotch crown. I’ve never had so much beer spilled on me or been smashed into by so many enthusiastic fans. It’s dirty, it’s fun, and I might have injured something. I highly recommend it for anyone who thinks that a band can’t be talented and inspire a crowd to debauchedly destroy themselves. The Bad Ideas have been a band that quite a few people have insisted I needed to see, and I completely understand.

After their set, I was bashed, battered and trying to figure out what was beverage and what was blood, which meant that I had to miss Iron Guts Kelly’s performance. That’s a damned shame because I can’t think of a better band to close out a Saturday-night show like Center of the City. Here’s to hoping everyone stuck around to get royally pummeled by the area’s only purveyors of old-school hardcore, and looking forward to next year’s Center of the City.