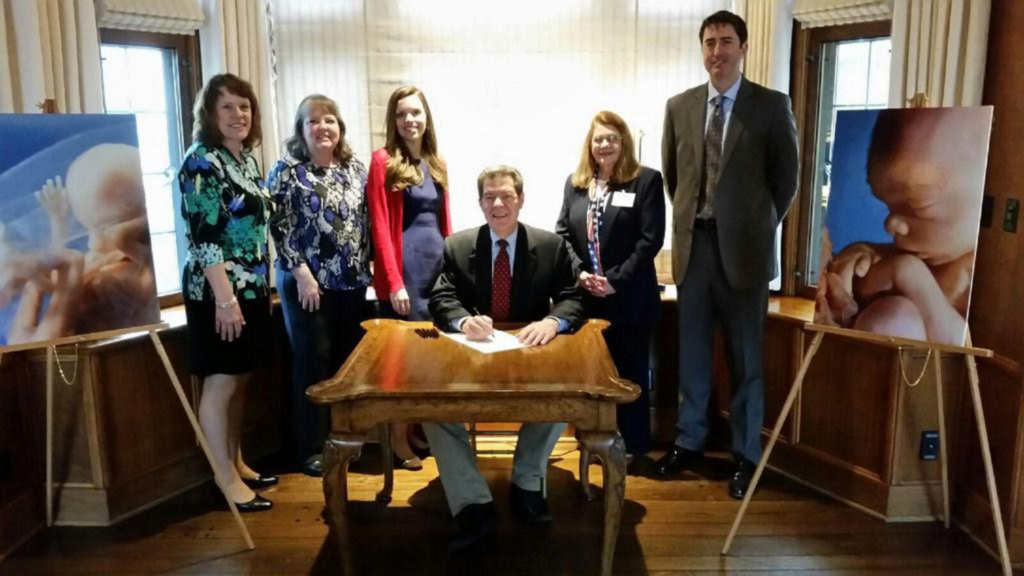 Kansas lawmakers continued to whittle away on Tuesday at options for women in the state who are seeking abortions.

Gov. Sam Brownback signed into law the Kansas Unborn Child Protection from Dismemberment Abortion Act into law in a private ceremony in Topeka.

The bill outlaws, except in cases of medical need for a mother, a common second-trimester method for aborting pregnancies. Senate Bill 95 recasts what physicians usually refer to as “dilation and extraction” abortion into the state’s own terminology of “dismemberment abortion.”

The method involves dilating a woman’s cervix and removing a fetus with forceps or other devices.

Brownback claimed bipartisan support for his measure, which is true. Among those voting in favor of Senate Bill 95 were Tom Burroughs and Kathy Wolfe Moore, both House Democrats from Kansas City, Kansas.