Ruminations on the notion of returning to movie theaters 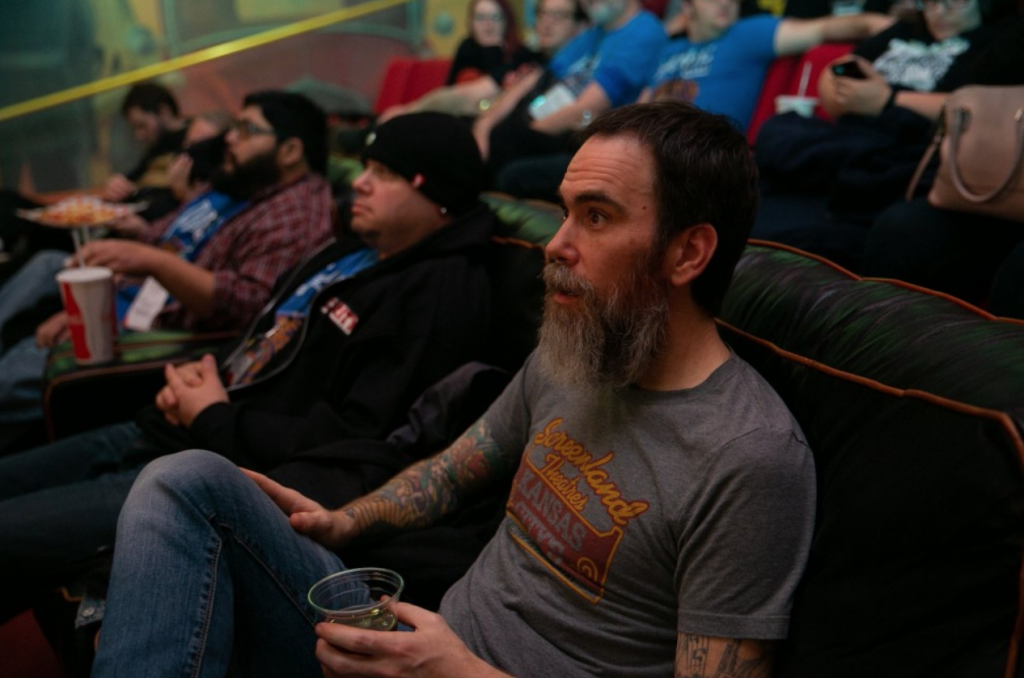 On August 20th, I sat down in the largest auditorium of my local AMC to see my favorite film, The Empire Strikes Back, on the big screen. Exactly eight months prior, I was packed like sardines into the same auditorium as the title crawl rolled up the screen for The Rise of Skywalker. I attended both showings with my best friend since childhood, who I have seen each new Star Wars opening night. At this special sold-out screening of The Empire Strikes Back, there were approximately fifty people.

For many, myself included, this was the first (and potentially only) opportunity to see this classic on the big screen. Is that justification enough to risk exposure to COVID-19? Eight months earlier, the conversation between my friend and I was about our theories on who Rey’s parents were, how Palpatine returned (Spoiler: somehow), and whether Kylo Ren would redeem himself. There was a constant chatter throughout the auditorium, full to the neck-breaking front row. There was a fear of the film disappointing, but there was no horror.

In the present day, everyone sat with their masks on, quietly chatting with the person next to them. Other than my friend, there was no one else in my row. I could barely even hear people opening their candy. The movies were always a communal experience for me that I missed for five months. The last time I had been in a theater was for AMC’s marathon of Best Picture nominees, and the auditorium was full of people meeting and discussing their predictions of what would win. Of everyone I talked to, I was the only one fighting for Parasite.

AMC’s website gives a thorough rundown of their safety procedures. Theaters are maxing out at 40% capacity, there are health screenings for workers, and they ask patrons to self-screen. Is this enough? Do we trust our fellow film-goer to keep their mask on the whole screening? Is sitting in the dark for two hours the best use of our now copious amount of time?

In an interview with the AV Club doctors, Anne W. Rimoin and Dr. Abdul El-Sayed both note that the very nature of movie theaters make them terrible spots to be spending time during the pandemic. So why would anyone submit themselves to the risk of going to the movie theater? Especially when plenty of movies have released on video on demand? The Wall Street Journal discusses how Universal has opened up digital distribution for their biggest films. With Trolls World Tour and The Invisible Man on VOD early in the pandemic, Universal pulled in buckets of money that would have otherwise gone to theaters. This leverage allowed Universal to bend theater distribution to their will.

I was unable to see The Invisible Man in theaters before the pandemic, so I watched it in my living room. The sequence where Elisabeth Moss is tormented in her home had its horror heightened by my setting so much that I had to pause it to make sure my doors were locked. Had I seen the film in theaters, I doubt it would have worked as well. In theaters, I would be distracted by the person three rows behind me coughing up their lunch.

There is something about the experience of seeing a film in theaters that is inherently different than at home. Having seen The Empire Strikes Back nearly hundreds of times at home, I doubted it would feel like a new experience, but when the title exploded up the screen with that iconic theme blaring in my ears through the theaters sound system, I felt more at home than I did when watching at home.

Once the awe of seeing the film dominate my field of vision had subsided, the fear of contact with others set in. I never considered myself a germaphobe before COVID-19, but I do now.

At home, I have to deal with the people in the apartment next to me, the highway a block away, my girlfriend also living in the same space, and rightfully using the kitchen or restroom while I’m watching something. These were my same reasons for not waiting for an anticipated movie to come to VOD before the pandemic, but that ever-looming threat has made me rethink my priorities and values.

Tenet earned $20,000,000 over its Labor day opening weekend. What did viewers think as they sat in the auditorium as the credits rolled? Were their thoughts consumed with the pandemic like mine was? What dominated their thoughts as they left the theater? Did they regret going so early? Were they happy with their choice? Eight months before, I would have told you that I would be first in line to see Tenet opening day, but now I am waiting for it to come home to me.