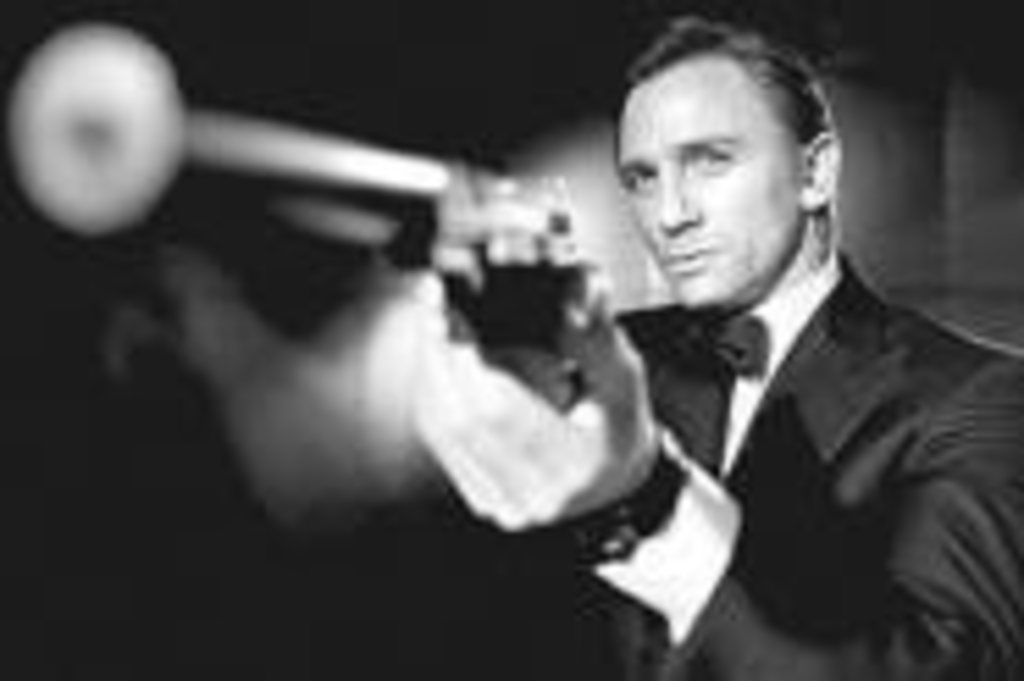 By all rights, 2002’s cynical, weary Die Another Day should have been the final James Bond film. Yet here we are, not only prolonging the franchise but at its beginning: the third attempt to get right Casino Royale, the first book in Ian Fleming’s series, which began in 1953.

Set in the present day, this kinetic, character-driven take is nonetheless intended to serve as the origin story of 007 — an introduction to the “maladjusted young man,” as one love interest refers to him, who grows up to accept a license to kill from Her Royal Highness.

Of course, Royale is intended to kick-start a moribund big-screen series that’s had more low points than high. Expectations are minimal when the predecessors include Diamonds Are Forever, Octopussy, The Living Daylights and The World Is Not Enough. Yet to say that Casino Royale ranks among the best Bond offerings is not intended as backhanded praise.

It goes on too long, clocking in at 144 minutes, and half of the damned thing makes no sense at all — it feels less edited than shaved — but the film works hard enough to merit its prolonged coda and nonsensical storytelling. Because beneath the gimmicks is an actor who brings to Bond all the things he’s lacked since Sean Connery was fighting the Cold War.

Those who sweated Daniel Craig’s casting in the role clearly never saw Layer Cake, a sort of gangster-fried warm-up to Bond. Craig, excellent in both art-house endeavors (The Mother, Enduring Love) and blockbuster think pieces (Munich), has both a nasty streak and a soft side never before seen in the series. Fleming would recognize him as most like his literary creation: damaged goods in a tailored tux.

This Bond, unlike his smug, self-conscious predecessors, is a deadpan executioner with a penchant for letting his guard down too quickly. “I have no armor left,” he tells British treasury purse keeper Vesper Lynd (Eva Green), with whom Bond actually falls in love rather than merely into bed. This Bond is a rookie who makes mistakes that nearly lead to his death on several occasions — and to a torture sequence so simple yet so devious (and deviant) that it makes Goldfinger’s crotch laser seem tame. And this Bond has little interest in living up to the legend: When a bartender asks him if he’d like his martini shaken or stirred, Bond shoots back, “Do I look like I care?” In that instant, it’s as if the part had never been anyone else’s.

Adhering faithfully to the novel, writers Neal Purvis and Robert Wade (now on their third Bond movie) and Crash‘s Paul Haggis offer the quintessential Bond plot. There’s the oily Le Chiffre (Mads Mikkelsen) with the slight disfigurement, in this case a scarred left eye that weeps blood. There’s the plot involving the funding of baddies trying to take over the world (terrorists, in this case, as opposed to yesteryear’s Russians). There’s M (Judi Dench), the scolding boss always one moment away from revoking Bond’s license. And there’s CIA agent Felix Leiter (Jeffrey Wright, wasted in a bit part intended to warm the heart).

Director Martin Campbell, who resurrected the franchise with GoldenEye upon the hiring of Pierce Brosnan 11 years ago, accomplishes the same thing again tenfold. No Bond film has ever offered a chase equal to the opening sequence here. It blends the raw materials of such free-running films as Ong-bak and District B13, in which characters gallop and soar through cityscapes like everyday supermen, with the archaic conventions of the franchise and refines the whole lot into something crisp, thrilling and brand-new. And that is great praise to heap upon a 53-year-old character who should have retired a long, long time ago. Meet the new Bond, not at all the same as the old Bond.