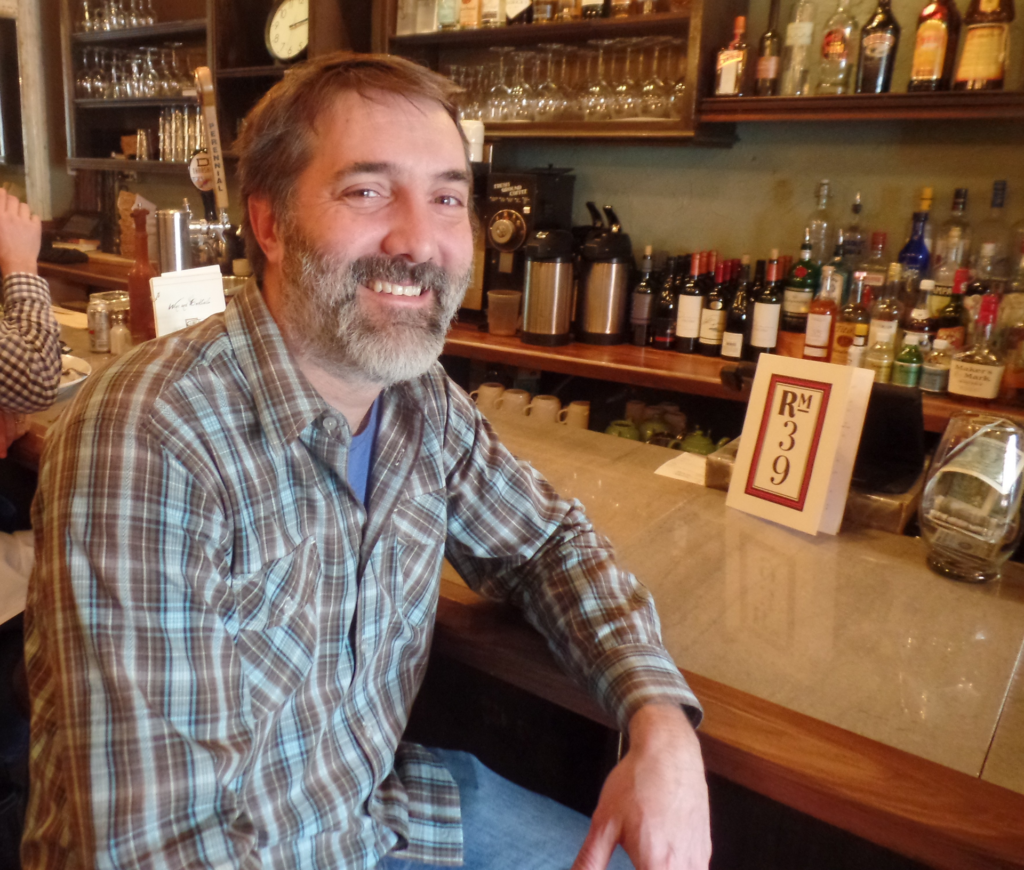 When chefs Ted Habiger and Andrew Sloan opened the first Room 39, at 1719 West 39th Street, in 2004 (taking over the storefront previously occupied by a melancholy coffeehouse), they turned the space into a sunny, attractive, 11-table dining room. But no one was going to walk out of the place singing the praises of the decor. Why would they? The excellent food was the draw.

A decade later, the interior of the original Room 39 (a second location opened in Leawood in 2008) has gotten a makeover that’s so subtle, even frequent patrons might not notice all the changes. Habiger, with assistance from his wife and co-owner, Jackie Kincaid Habiger, and design consultant John O’Brien of Hammer Out Design, have slightly narrowed the bar, installed new light fixtures in the dining room and over the bar, refinished the hardwood floors (they’re now darker, with a matte finish), and repainted the trim and at least one wall.

The remodeling took only a week — the restaurant reopened yesterday — but Sunday was a 24-hour project. “We started working on the final details on Sunday at 8 a.m. and finished the next morning at 8 a.m. as our employees started moving tools out of the way. We discovered that we had moved an electrical outlet, so we couldn’t even turn on the coffee machine.”

The most glamorous bit of physical remodeling for Room 39 also brought a touch of Kansas City history into the dining room: “Our hardwood floor guy, Tim Griffard, had gotten some marble from the walls of the old Fidelity National Bank building at 909 Walnut. We used some of those panels as a new surface for our bar,” Ted Habiger says.