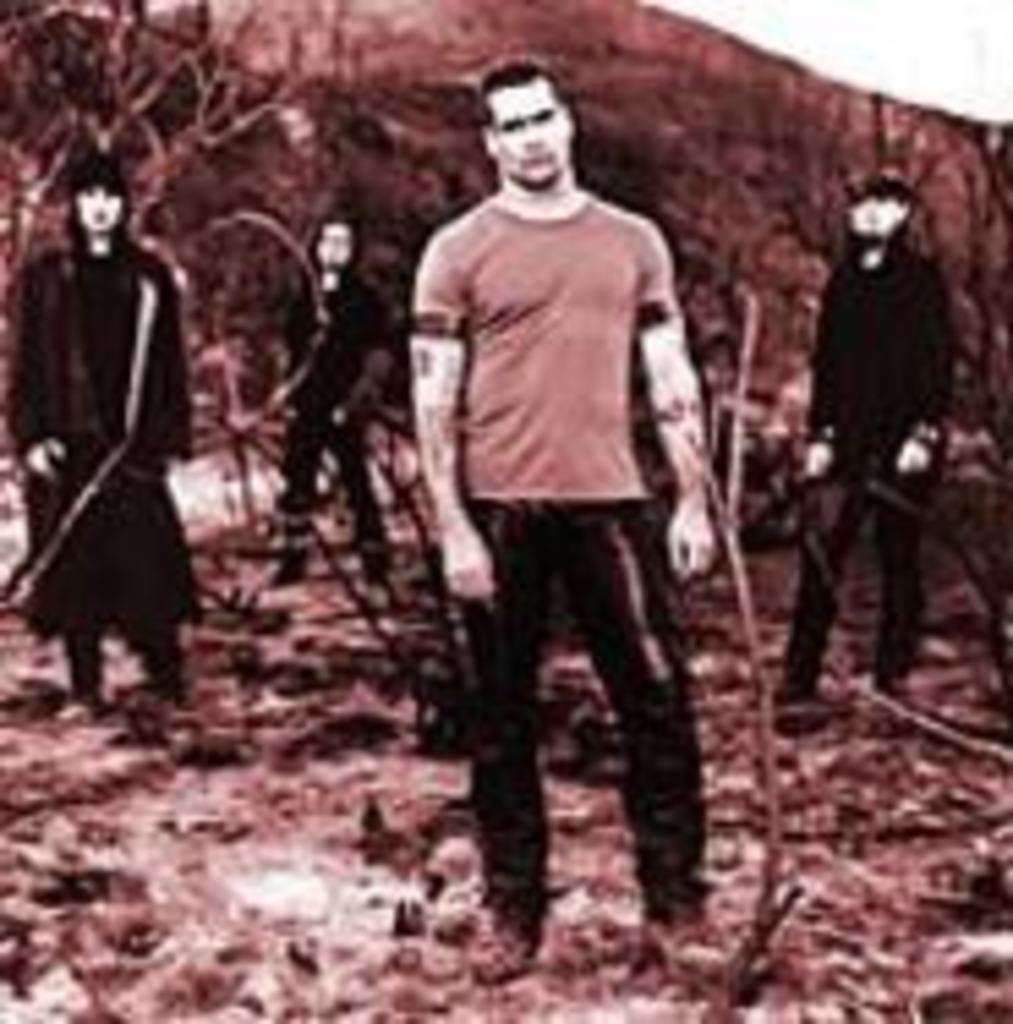 When sung by Henry Rollins, the opening lines from his version of Thin Lizzy’s arena inciter “Are You Ready” makes it wallopingly clear that Rollins knows what he’s talking about when it comes to rocking. The Rollins Band‘s latest album, Get Some Go Again, includes more than just a Thin Lizzy cover (one showcasing former Lizzy guitarist Scott Gorham), it features a ’70s rock attitude that seems more genuinely aggressive than any of the rap/metal hybrids currently laying claim to that ideal. The record could serve as a wake-up call for modern audiences that have forgotten how to rock.

“I just wish for the benefit of people whose hormones are raging, they were given more rip-roaring music to sink their teeth into,” Rollins says from his office in Los Angeles. “Because I think what is supposedly called ‘hard and intense’ now is so blah — like I listen to Kid Rock, and that does not rock me.

“I just think the music world has changed since I was 22. The major labels have smoothed things out to where you have a kinder, gentler music. I’m 39, so I watched Nugent, Aerosmith, Zeppelin. I saw Van Halen on their first album, the Cat Scratch Fever tour, the In Through the Out Door tour, whatever. Coming from that and going into punk rock, my take on music was already from a very coarse, raw bolt. What I hear nowadays is nothing I would be buying to get myself ready for the fourth quarter.”

“It’s just too bad that so many people will never get to hear Jailbreak,” he adds. “Not that they wouldn’t like it if they heard it and were given the right context, but they will never have access to it unless they bump into ‘The Thin Lizzy Story’ on VH1 — which isn’t such a bad place to be.”

In fact, it is Rollins who is turning up quite frequently on the vilified-turned-embraced music network. Though Rollins didn’t quite land his dream gig on “The Thin Lizzy Story” (“I begged them to let me narrate that, but they said they already had their normal guy”), he has narrated documentaries on Queen and The Doors. He is also a frequent host of VH1’s celebrities-as-music-critics program, The List.

But the list of current Rollins projects hardly stops there. He appears in several films each year (Lost Highway and Heat are among his best known), voices the recurring characters of Mad Stan and Bonk on the animated series Batman Beyond, and, when not on tour in the Rollins Band, performs his spoken-word shows around the nation’s campuses. With few exceptions, Rollins seems to be the rare singer who has created a cottage industry around his everyday voice.

What has certainly helped his music is an injection of new blood. Originally formed in 1987 following Rollins’ ’81 to ’86 stint fronting Black Flag, the Rollins Band began to pull in different directions after its 1997 tour for Come In and Burn. His bandmates wanted to keep experimenting with the bluesy funk stuff while Rollins yearned to rock. Then along came Mother Superior, an established L.A. act to which Rollins took a liking after guitarist Jim Wilson handed him a demo at a record store. Rollins agreed to produce the group’s album (Deep), and soon the trio found itself practicing as a quartet, with the addition of the infamous singer. The renamed Rollins Band wrote eight songs in five days, and the excellent Get Some Go Again and an international tour in support of it soon followed.

“I would like to think I stay vital with every record,” Rollins says of his recent stylistic departure. “There’s not a whole lot that’s going to stop me except death. Critical response has never affected what I’ve done. I’ve never been big with the critics. I’ve never had to deal with fame, because I’ve never been all that famous. I’ve never had a gold record. I’ve made more records than Scott Weiland (of Stone Temple Pilots) will ever make in his whole life, but I’ll never have even a gold record. That guy has never had anything but a platinum record.”

Though Rollins’ dismissal of his own fame can be argued, it is indisputable that he came from some seriously humble beginnings while carving out his reputation as a member of the nation’s hardest working punk band of the early ’80s. “In Black Flag, it was the shittiest lifestyle you could imagine,” he recalls. “I went from working at a job, albeit minimum wage, but I had my own apartment, my own little stereo, a VW Fastback, and $1,100 in the bank…. I joined Black Flag, and I’m living out of a duffel bag, I’m shoplifting for food. But I realized, ‘I can go home anytime. My mommy will fly me home to D.C. I can get my old job back.’ I could have put my old life back. And it made me see how bad I wanted it, because I was forced to think that all the time — ‘Dude, how bad do you want this?’ — because we were living like shit. The only thing that band ever had was the music. We never had the chicks, never had the fame, never had the money, never had the business-class tickets. We weren’t even very good friends. But we had the music, and we knew we were good.”

The lessons learned (which are gloriously captured in Rollins’ book Get in the Van) were ones that he’d continue to follow when establishing himself in the music world. “It showed me that I’d eat endless plates of shit for it,” he says. “And that time in that band served me very well. In fact, it helped architect the blueprint for how I conduct myself to the present day. And it’s why not a whole lot ever gets in my way. It’s been a walk in the park since then. Anything you throw at me now is nothing like three skinheads trying to beat the shit out of you en masse.”

It’s hard to avoid such words as “intense,” “muscular,” and “tattooed” when describing Rollins physically, though other phrases, such as “literate,” “passionate,” and “deliberate” probably capture the man’s personality better. But the one term that constantly surfaces during Rollins’ monologue-length interview responses is “longevity.”

“In the world of entertainment, one makes choices that you realize are going to affect you later on,” Rollins says. “Do you want to get all those tattoos, say all that shit, and swagger like that? You will pay for all of those moves that you make. Let’s see if you have what it takes years from now when the tattoos are fading and blurring, like mine are, and see what you’ve got then.

“I’d rather be pretty good for a long time than real good for a little bit of time. There will not be 10 Limp Bizkit records. And I’m not putting the band down, it’s just that they’re part of an era that chews people up faster. There will not be 10 Korn albums. The time those guys are coming through, people are treating music more like a consumer good. Like Hootie and the Blowfish: 14 million sales, then 2 million sales, then a million, then the new album, ‘There was one?’ It’s like investing in a quart of milk; you’ve got three to five days. Don’t put your stock in mayflies because they’re dead in two weeks. I’m always into the tortoise: slow and steady.”

Rollins says he takes reptilian inspiration from musicians such as Miles Davis, Neil Young, and Bob Dylan when it comes to career longevity. This is especially true of the constant necessity to reinvent oneself artistically with regards to approaching fresh material.

“With someone who’s been around as long as I have, it’s better to look at the overall more than just the new thing. I don’t know whether I get better (with each record), all I know is I try not to do the same record over again. That’s the bitch. A lot of bands will tell you that. If you’re only thinking about up and down, you’re going to shoot yourself in the foot. I just think about moving on. I mean, did Miles Davis get better and better or did he just keep it real for himself and keep exploring? There’s some hiccups in that discography, but when you look at the overall, you discover the guy gave it everything he had.”

And ultimately, that’s a perfect description of Rollins. No one will ever accuse him of staying in one place too long.


Saturday, May 13at The Granada