Rolling up on corn flatbread with Eat Arepas 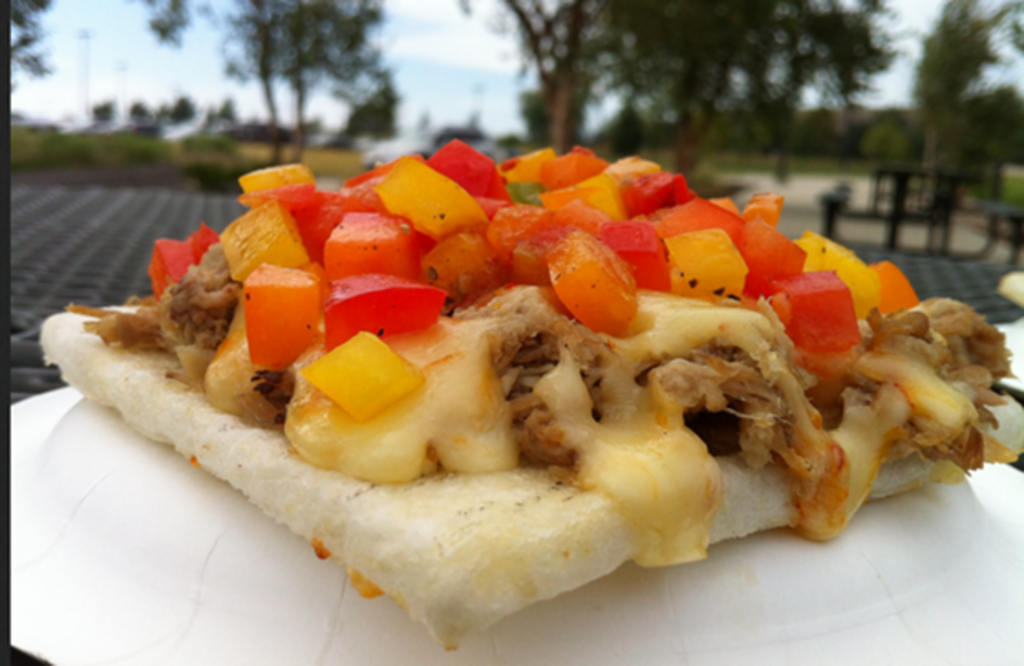 You ring the bell and people start salivating,” the man says. In the parking lot of the Environmental Protection Agency’s Lenexa offices, his Pavlovian trigger has arrived. He steps up to the food truck’s window, ready for some Eat Arepas.

As the truck’s generator hums and the crowd grows to a dozen people, the flatbreads are getting loaded up: pulled pork, chicken, chorizo. There’s a sweet mix of creamy peanut butter, Nutella and banana. Everything but the dessert arepa gets a generous pat of butter and melted muenster cheese on top. 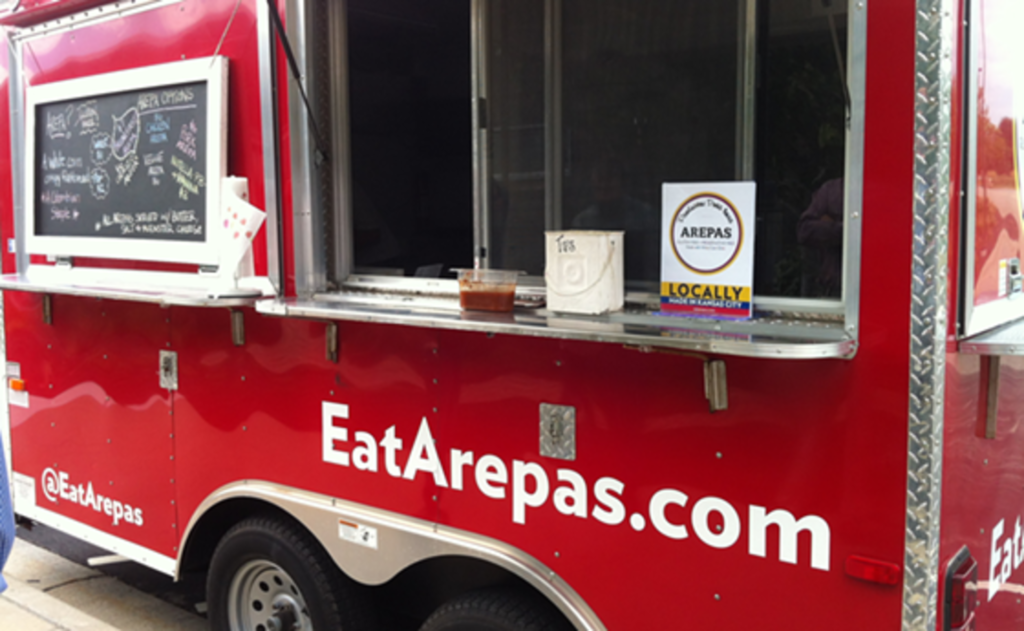 “Food trucks are like a carnival. We just need the cotton candy,” says another waiting customer. The lone staffer inside the bright-red truck works at not falling behind as he takes orders, processes Square electronic payments and prepares the food.

The arepa (ah-RAY-pah) – a white-corn flatbread that is a staple in many South American countries – is roughly the size of a frozen waffle. It is the bread equivalent of tofu (and is gluten-free), adapting to its surroundings and absorbing flavors. The pork option ($6) is tender and filling. Add a mound of finely diced bell peppers for $1, and the sweetness and crunch give the flatbread brightness. The dessert version ($3) is the kind of kids’ dish that makes adults melt. The peanut butter adds a smooth, salty balance to the sweetness of the Nutella and the banana. (The menu is at eatarepas.com.)

Instinct tells you to fold it like a soft taco, and the pliant arepa allows it, as long as you take time enough to avoid creating a fault line down the middle of the spongy bread. The message of the truck is clear by its name: Eat Arepas. It’s advice you should follow.