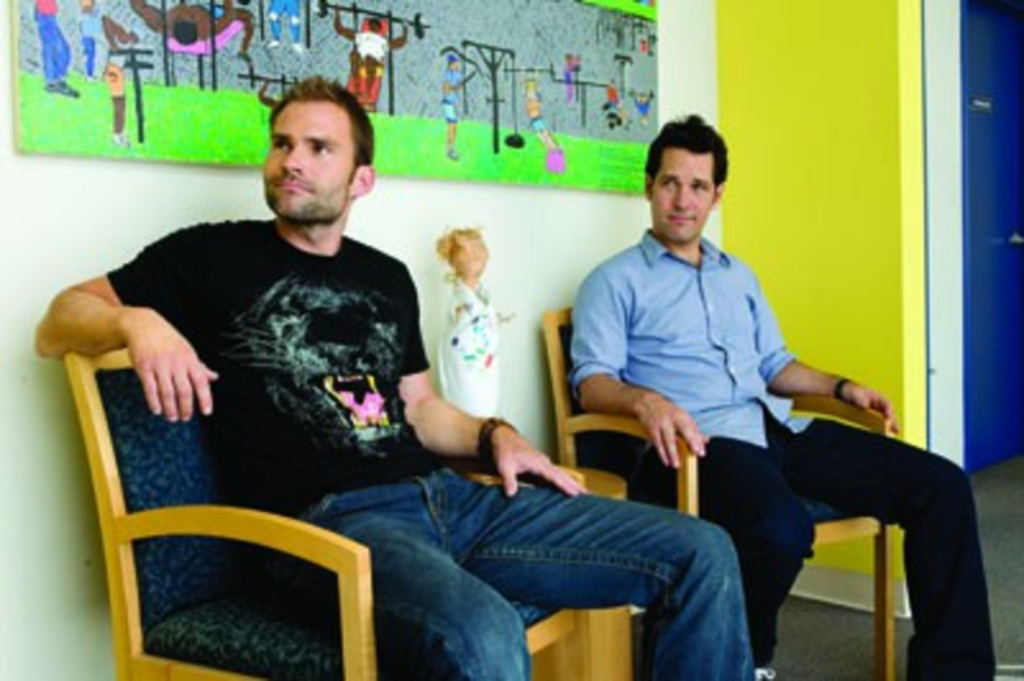 In every way, this is just a formulaic romp about two selfish slackers getting their priorities rearranged by a couple of kids. Instead of breaking new ground, it polishes it with sandpaper. As reps for an energy-drink company, Paul Rudd and Seann William Scott are going nowhere — except to the schools where they pitch their product’s buzz as an acceptable substitute for illegal drugs. Wheeler (Scott) loves the gig, despite the Minotaur costume, in which he does his five shows daily for smartass kids who wonder if he got the outfit at the gay zoo. Then company suit and spokesman Danny (Rudd) chooses the occasion of his breakup with longtime girlfriend, Beth (Elizabeth Banks, in what amounts to little more than extended cameo), to sabotage their slacker gigs by running their monster truck up a school’s statuary. For that crime of stupidity (among others), Wheeler and Danny are offered a choice: Go to jail for a month or mentor two boys (Bobb’e J. Thompson, Christopher Mintz-Plasse) in a Big Brothers-type organization run by a rather unsteady former coke whore played by Jane Lynch. The inevitable transpires: Men who behaved like boys begin acting their age, and boys who were left to fend for themselves stop acting out. It’s been the plot of every other Adam Sandler movie — potty humor gets a hug — but works because it’s a funnier, brainier, bawdier brand of feel-good … and you can’t go wrong with a climactic, foam-padded sword fight set to Kiss. 