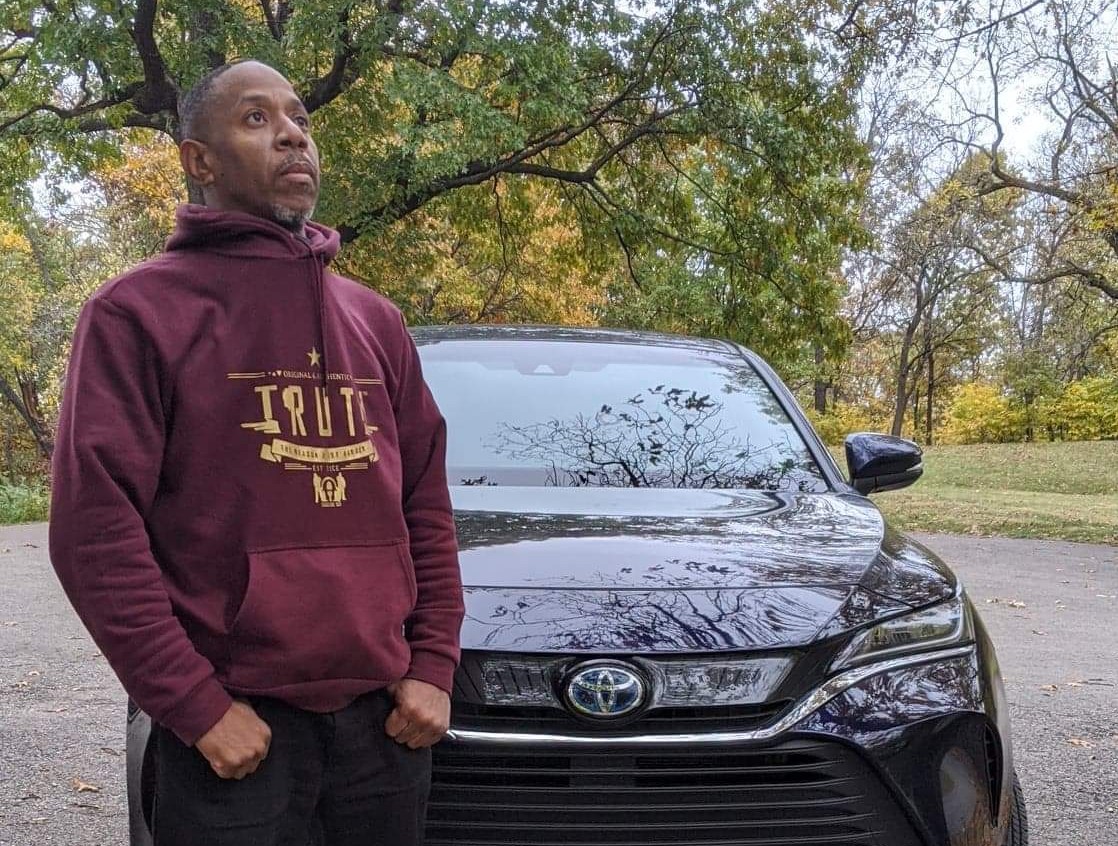 As we head into cold weather with overcast skies, along with ever-rising Covid infection rates and death, it’s really easy to start to think that the world is a nightmare shit show and people are horrible. Thankfully, there’s a ray of hope emanating from Roger Suggs. Suggs, the man behind TRUTH (“The Reason U Try Harder”) Apparel, has created a ten-part documentary series, entitled TRUTH Mini-Mentary, which “features Black entrepreneurs and artists who are the heartbeat of the community.”

Focusing on folks from KCK, the series of documentaries sees people deeply engaged in the big work required to stand up against gentrification and often inaccurate perceptions regarding the community and neighborhoods in which they live. Suggs–who also raps under the name Vigalantee–is the coordinator of Student Activities at Kansas City Kansas Community College and produced the series in conjunction with financial support from Toyota, who also provided the vehicles seen in the films.

“The journey of creating this docuseries has not only deepened the love I have for my community, city and people, but it has underscored the sense of pride I have in calling Kansas City home,” Suggs said in a press release. “I’ve been uplifting Kansas City my entire life because I know its greatness. Producing and directing this 10-episode docuseries, starring people who are hidden jewels, has been a humble honor, and I could easily do many, many more. I’m looking forward to the support from not only Kansas City, but from the country, as people watch each amazing story unfold, leaving them wanting more.”

I spent the Black Friday weekend digging into the first three episodes of the series and getting to know more about the place from which I come. My family is primarily from KCK, and my roots are as a ‘Dotte. Both of my parents and almost all of my aunts attended Washington High School, and my paternal grandfather, Ernie, was raised in the Strawberry Hill neighborhood. I’ve spent most of my life living outside the area, but have made so many trips back to KCK for gatherings and shopping that I actually know Wyandotte County better than the Leavenworth County in which I grew up.

That said, watching Suggs’ series of docs delve into the rich Black history of the Kansas City west of the state line–especially the last 30-40 years–shows that, no matter what the perceived notions one might have of the Quindaro or Minnesota areas, there are folks there striving to make their communities a better place, with business owners looking to make the places of work somewhere with an influence which spreads outward.

The first installment, which launched the series back in May, is “Surviving Quindaro: The Gary Wilson Story,” and tells the story of Gary Wilson, the owner of Wilson’s Pizza and Grill. When the major pizza chains stopped delivering to the area surrounding Wilson’s at 18th and Quindaro, the owner began his own pizza delivery service, inspiring the motto, “If They Won’t, Wilson’s Will.” It’s almost a one-man business, but one which has given jobs to the community, while also continuing the Wilson entrepreneurial spirit in the neighborhood, going back to Wilson’s grandfather.

“Diamond in the Dotte: The Crayge Lindesay Story” is an interview with musician and producer Crayge Lindesay, whose connection to the careers of Norman Brown, Aaron Hall, Lisa Stansfield, and Luniz’s “I Got 5 On It” is only the start of his story. It’s a fascinating journey through the world of late ’80s and early ’90s music, as well as a look back at the clubs which populated KCK in the ’60s and ’70s. The sheer number of venues in which one could see live acts is staggering, and something not usually mentioned when considering the musical history of Kansas City, focusing as it does on the 18th and Vine district on the other side of the border.

Telling the nearly 30-year story of Holt’s Barber Shop, “The Blueprint: The James Holt Story,” you can see how the business owned by Holt has become both a locus for the area, as well as a training ground for multiple other entrepreneurial individuals who have gone on to open their own shops. Holt’s openness and honesty regarding the struggle of getting his shop up and running, as well as his joy in the success which it’s seen, mirrors that of Gary Wilson and his work. 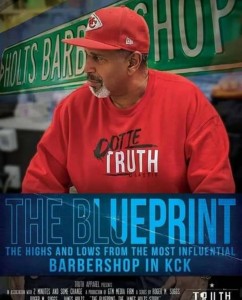 The sad aspect of these docs is that both “ Surviving Quindaro” and “Diamond in the Dotte” see Wilson and Lindesay reciting a litany of locations of Black-owned shops and clubs in the area surrounding their places of business which have long-since departed. Wilson points out that there were once seven grocery stores on Quindaro, while there is now “zero,” making a big goose egg with his hand – that’s a real morose moment. That said, the positivity radiated by these gentlemen, and the constant outreach they make into their neighborhoods is the sort of vibe that makes me want to go out and do better.

Suggs’ interview style sees him really connecting with his subjects, and the docs are just as much conversations as they are profiles. It feels as though you’re hanging out with these folks in their places of business and in their neighborhoods, and the personality of each individual comes through loud and clear.

The first four episodes are available now, with new episodes released weekly until January. If you want to wait, a bundled package will be available after the final episode releases, but I can’t imagine wanting to hold off until then. Watching one makes you want to watch the next as soon as possible. Also, all proceeds from the TRUTH Mini-mentary series benefit Safe House, “a grassroots community program that provides emergency housing for youth and students, a high-quality shared workspace for entrepreneurs with computers, professional printing equipment, and screen printers, and a community gathering space for guest speakers, workshops and networking events.”