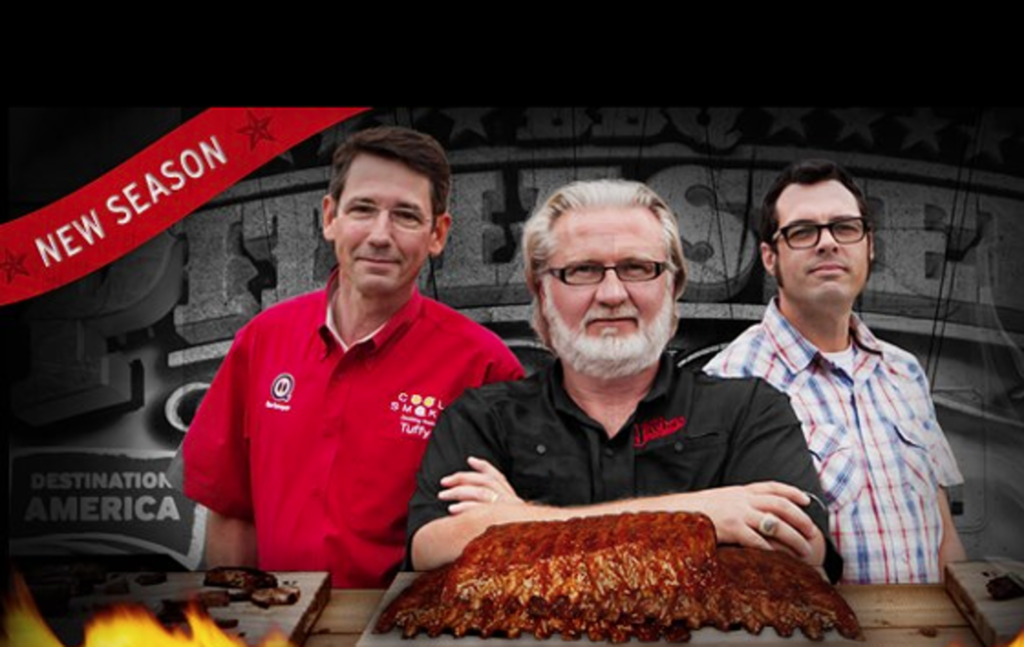 While barbecue teams from across the country competed to get called to the stage at the American Royal this October, Rod Gray and Jeff “Stretch” Rumaner were competing on a different stage. Gray’s Pellet Envy team, Truebud BBQ, and the Grinders’ owner were contestants on BBQ Pitmasters. The episode that was filmed at the contest in the West Bottoms airs on Destination America Sunday, January 6, at 8 p.m. The teams prepared burnt ends and ribs for the celebrity barbecue judges. (If you want to know what it’s like to judge, check out my piece from the Royal this year.)

Gray is about to launch a new website, eatbarbecue.com, along with a line of rubs, sauces and “ready to serve” ribs and burnt ends. Stretch was recently the weekly questionnaire subject in The Pitch. The show kicked off the fourth season last Sunday. Each episode is dedicated to a region of cooking, moving from Kansas City to Memphis to Texas.