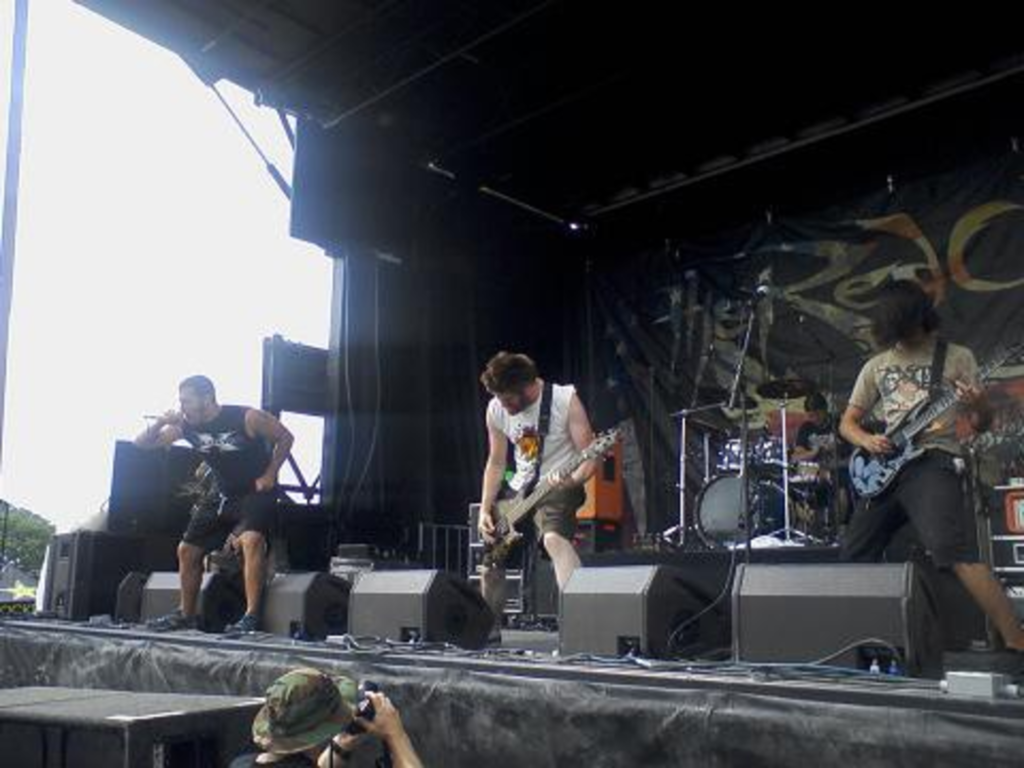 Better than: A crowdsurfing kick to the face.

Tuesday was a busy day for the KC concert scene. While the hipster crowd got its voodoo on with the Black Crowes, and the stoners got to feeling alright with Tom Petty, Sandstone Amphitheater was awash in tattoos, plastic bottles, and ever increasing decibel levels.

During the afternoon part of Rockstar Mayhem Fest, the back parking lot of Sandstone packed the metal into every nook it could find. At the north end of the lot, the Jagermeister stage and Hot Topic stage were paired up, allowing audiences to shuffle back and forth quickly. The roadies never stopped, and no band was off their stage for more than 30 seconds before the next stage roared to life.

Opening band Suicide Silence hit the Hot Topic stage at about 2:20 p.m. and immediately set the standard for that synchronized hair spinning trick. Black Tide were the young challengers to the old metal gods with all members clocking in at under 20 years old, including 15 year old lead singer Gabriel Garcia. Continent of Ash represented Kansas via Wichita, and Walls of Jericho featured the only female vocalist of the day, Candace Kucsulain. Right after that is when the fighting started.

Following Walls of Jericho, the Red Chord took to the Hot Topic stage and Metal ensued as expected.

At the same time, Five Finger Death Punch was setting up on the Jagermeister stage, and crowd slowly trickled away from Red Chord to try and get close. 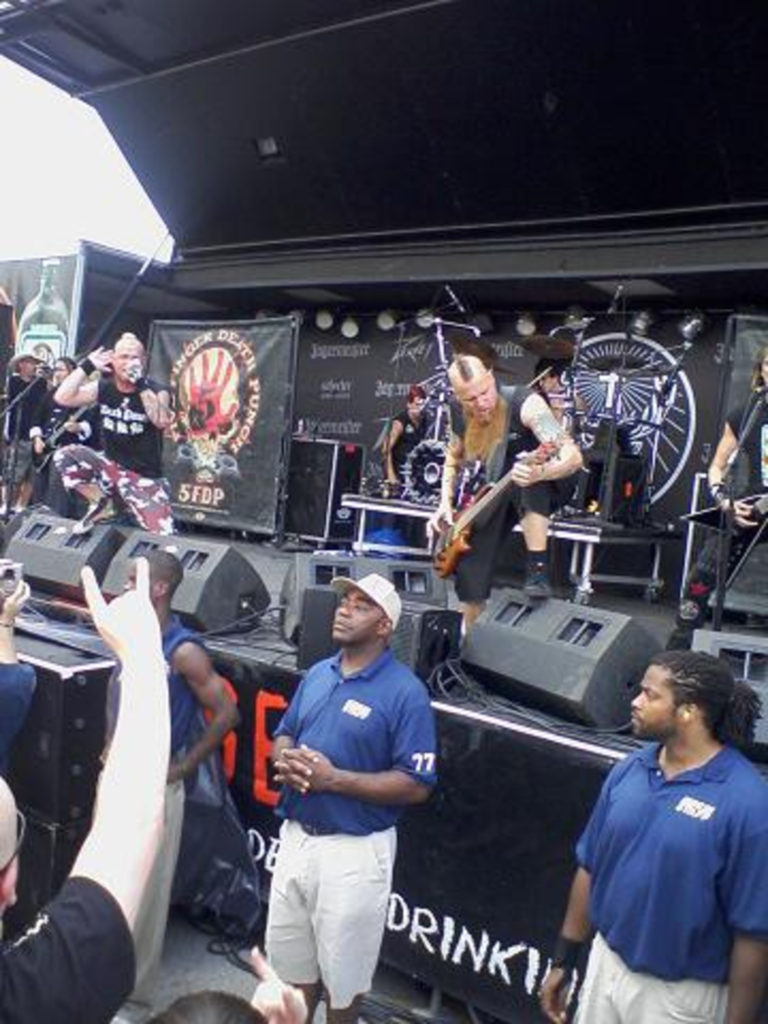