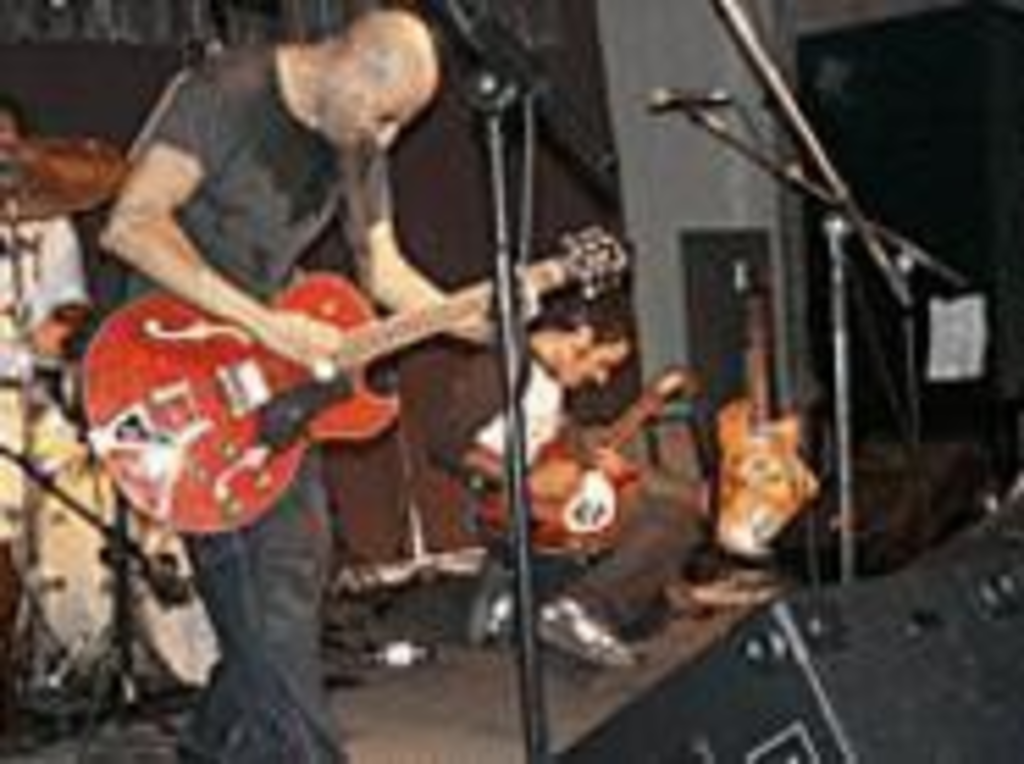 Most bands’ groupies are looking for sex; RockFour‘s groupies want to talk about peace in the Middle East. Such is the life of a rock band from Israel, a land often in the news, but not because of its voluminous contributions to the rock-pop pantheon. A couple of guys in Soul Coughing, Ofra Haza’s sampled voice on “Pump up the Volume” and “Paid in Full,” and Chaim Witz (better known as Kiss bassist Gene Simmons) are pretty much it when it comes to Israeli-born performers hitting the rock mainstream.

RockFour, which makes its Missouri premiere June 25 at Mojo’s in Columbia, is attempting to change that, as are several other Israeli acts: ’70s psychedelic-pop-inspired singer Shy Nobleman, who used RockFour as his backing band on his 2001 album “How to Be Shy”; SoCal-style punk-rock outfit Useless I.D., which visits Verizon Amphitheater June 27 with the Vans Warped Tour; and My Name Is Nobody, scheduled to play El Torreon on Tuesday, June 25, and the New Earth on Thursday, June 27. None of the acts focuses on politics, though My Name Is Nobody, founded by the son of former Oklahoma City residents who moved to Israel to be missionaries, has a Christian focus.

However, RockFour’s song “Government” (with its Here we go again/Isn’t it time to change the government? refrain) — about lost innocence more than anything else — has taken on unintended ideological meaning to audiences because of the most recent Israel-Palestine battles. (Generally, the band is supportive of the Israeli government.)

Of these acts, RockFour, providing an example of what psychedelia sounds like without the use of hallucinogenics, is the biggest back home in Israel, though big is a relative term in a country the size of New Jersey with the population of Indiana. The band eroded some of its fanbase when it decided a few years ago to sing in English rather than in Hebrew, a move seen as unpatriotic at the least. But according to drummer Issar Tennenbaum, the band, hailing from the Tel Aviv suburb of Holon, knew that if it were to ever reach an international audience, it had to sing in English.

“Most of our references and influences are in English,” says Tennenbaum, whose band draws on early Pink Floyd, late Zombies, the Byrds and others without sounding derivative.

Nobleman introduced RockFour’s Hebrew-language albums to his favorite London record stores as a student there five years ago. With a positive response from those shops and their exhortation that RockFour would be bigger if the group sang in English, the band put together a 1997 English-language demo that generated no response, in part because lead singer Eli Lulai hadn’t yet developed full confidence in his English. Tennenbaum, whose parents are from Canada, and bassist Marc Lazare, born in Australia, were already fluent, but neither sings.

Once Lulai got comfortable, the band put out two English albums, 2000’s Supermarket and 2001’s One Fantastic Day. Those earned RockFour bookings in the International Pop Overthrow festivals in Los Angeles and Chicago and led to a deal with Rainbow Quartz, a U.S./U.K. label. The two albums also provide most of the songs for RockFour’s first American release, Another Beginning.

Initially, RockFour attempted to draw on its Israeli background to attract American ears. But after playing a couple of lightly attended shows at a Jewish venue in New York two years ago, the band swore off the kosher circuit, noting that many Israeli acts that chose this route never expanded their fanbase beyond the Jewish community-center scene.

“There’s a thing called Israeli rock — a lot of electronica, pop, Europop, Middle Eastern influences — a big salad of styles,” Tennenbaum says. “But the arrangements — people are not as daring [as American and British rock]. I feel Israeli songs are boring.”

The band has made six trips to the States in the past two years, and lately it’s been finding its audience in the Midwest. In particular, decidedly Gentile Indianapolis has turned out to be a relative RockFour hot spot. RockFour played two shows there in the spring — the first drew 100 people, and the second, after a flurry of raves on Internet message boards, drew 300 — and has a club show and a summer festival appearance with the likes of Blondie, the Roots and Guided by Voices booked in Indianapolis this summer.

Perhaps some of RockFour’s appeal is hearing familiar sounds coming from an unfamiliar place. Tennenbaum says that when RockFour played South by Southwest for the first time this year, he noticed that some of the toughest shows to get into were prog-psychedelic-pop bands from small nations.

“[To see] the Soundtrack of Our Lives [from Sweden], we were standing in line for hours and couldn’t get in,” Tennenbaum says. “For American Analog Set, there were no lines, no pushing. There’s an overflow of American bands doing the same thing.”

Speaking of American bands, RockFour is planning a move to the United States, and its nascent audience in the Midwest has the band looking at moving there instead of its original plans to go to New York, though the band has booked two shows there for its current tour. The tension in the Middle East — including Israeli invasions of the occupied territories and Palestinian camps within them — wasn’t the original reason the band considered a move stateside, but RockFour’s members all figure now isn’t the best time for an Israeli citizen to be flying back and forth either, Tennenbaum says.

Another reason for RockFour’s increased focus on overseas audiences is that the rock scene in Israel is collapsing, according to experts such as Ari Ktorza, music editor of Israel-based music Web site Ynet. In times of war, radio tends to focus on the most mainstream pop, with messages along the lines of “Keep your head up and be strong.” Also, with the rash of suicide bombings, people are afraid to gather in crowds, putting a crimp on the already limited opportunities to have concerts.

RockFour tends to keep politics out of its songs — “In our music, we feel it’s not our place to judge,” Tennenbaum says — but once audiences hear that RockFour is from Israel, the focus shifts from rocking out with the band to hearing about what its members think of the most recent turns in the Middle East. Tennenbaum says half the four-member band, including himself, supports coexistence with the Palestinians; the others are more vengeful in the wake of recent suicide bombings.

“People say, ‘Tell us the truth,'” Tennenbaum says. “We’ve sat for long hours giving them inside information, how hard it is to live with terrorism. Baruch [guitarist Baruch Ben Yitzhak] is more into that. But a lot of people are excited by this, being able to have [a native Israeli] explain [the Middle Eastern situation].”