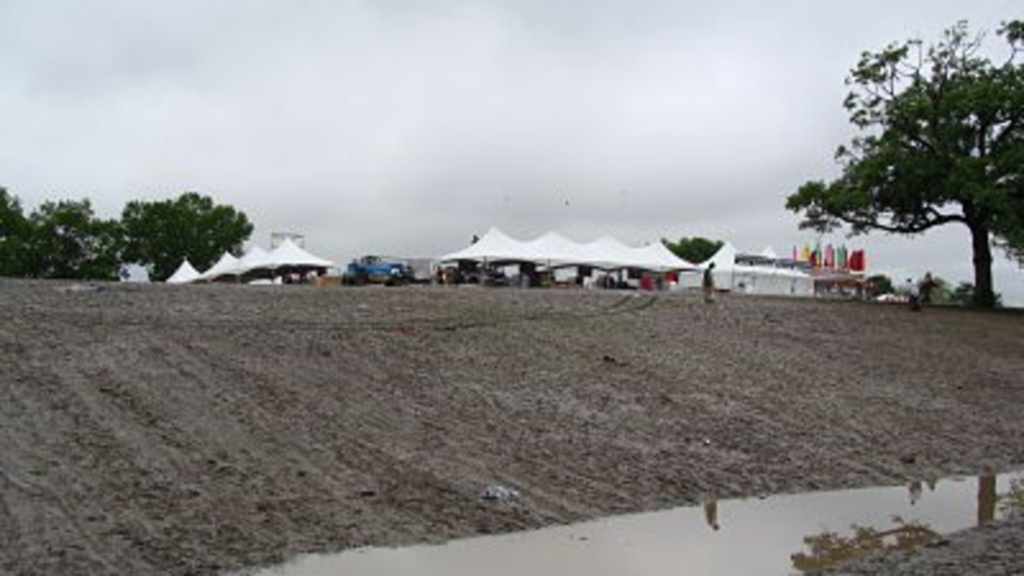 This morning, Johnny Dare and his morning show crew on 98.9 The Rock gave a recap of Saturday’s Rockfest at Liberty Memorial Park.

“Let’s just all be honest, that was just a massive load of suck,” Dare commented.

Despite what KQRC is saying, I think it’s safe to say that there were not 50,000 people in attendence (a claim that Rockfest is America’s biggest one-day music festival).

However, the rain will never stop the rock.

Knowing all week that rain was eminent, I opted to check out Rockfest early. I put on my crappiest pair of shoes and parked at 19th and McGee. When I arrived around 1 p.m. Liberty Memorial was already a mess. Halestorm was on the main stage with frontwoman Lzzy Hale (that’s right, no ‘i’), who — along with her brother, Arejay — formed the hard rock band while in a Pennsylvania middle school. I could tell right away that I wasn’t going to be making it anywhere near the stage. A large screen setup showed the hot dark-haired singer delivering the Sevendust-Shinedown influenced hard rock; but generally, the sight lines are complete shit at Liberty Memorial.

I stood close to the gate for a while, watching clean people stream in and others slathered in mud up to their knees go by. Several women had removed their shoes already. “I’m not gonna stand here and listen to you whine like a little bitch!” a man next to me said loudly to his friend, who was wearing a damp hoodie.

I could tell already the Rockfest vibe wasn’t the same as it had been the past two years I’ve been around. No one could light their cigarettes (or their joints). The temperature hovered in the mid-50’s and a light drizzle fell, making it impossible to take pictures or write anything down. It also contributed to several cases of runny eyeliner and runny eyebrow dye. 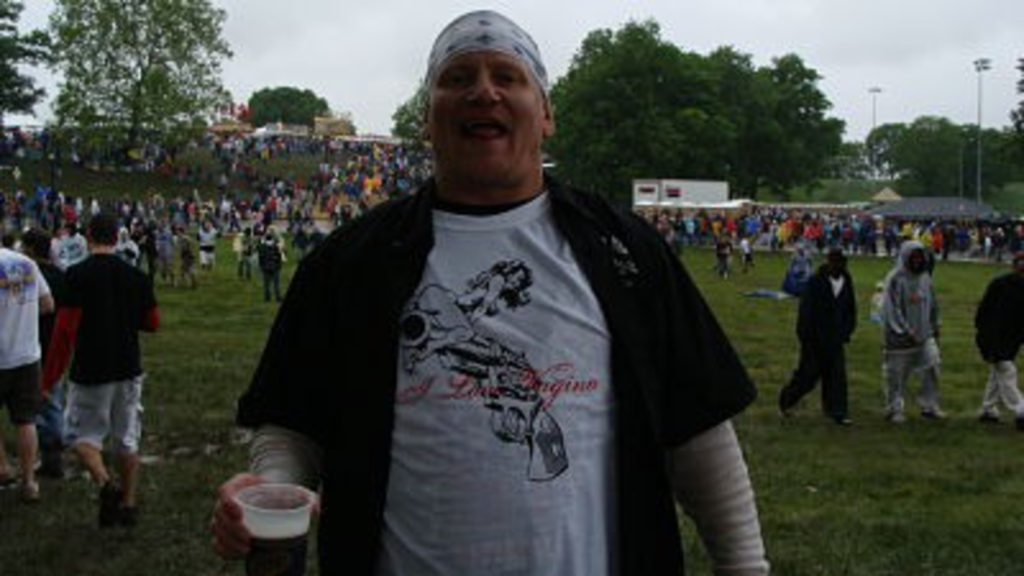 As soon as one band was over, another began in quick, smooth succession. Seas of people squished through the muddy ground to get between the stages. As I tried to get closer to the main stage for Rev Theory, people were going in all directions to make it to the smaller stage for Adelitas Way. I quickly realized that I wasn’t going to make it. It was hard to keep my eyes off of the ground for footing for my next step. I faltered slightly, prompting a someone behind me to say, “Whoa, whoa, there she goes!” but I stayed upright and returned immediately to the asphalt.

Adelitas Way turned in a solid performance while scads of people seemed more interested in those who were going head-first down a mudhill. Because muddy pantlegs and shoes weren’t enough, some took running starts and hurled themselves down a dirty slip-n-slide surrounded by onlookers. I could only imagine the tub rings that would later be formed in bathrooms around the metro that night.

To be honest, the music isn’t the sole draw of Rockfest. It’s the party, the tits, the beer, the people-watching and the bad tattoos. Logistics seem to have dramatically improved in the past two years: Cell phone reception was clear, bathrooms and food vendors were in abundance, and people were actually picking up trash. But the sound isn’t all that great, and who really likes fuckin’ Godsmack anyway? Even Johnny Dare said the mudsliders were the best part of the whole thing.

I returned to Liberty Memorial on Sunday morning for inspiration. 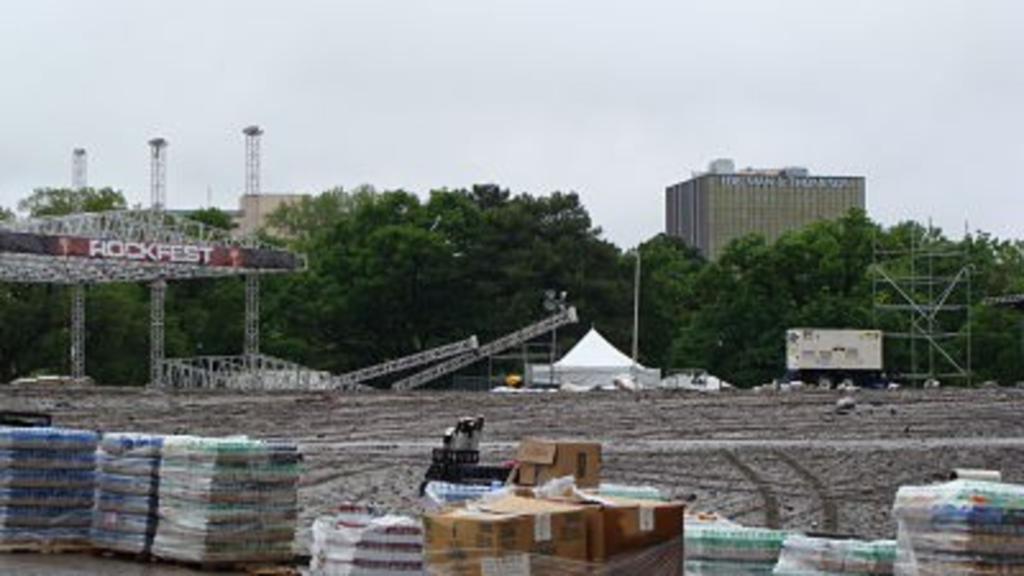 I talked to a couple workers on golf carts who had been there all day and night. They said the crowd appeared to wane by approximately 6 p.m. There were also reports of several injuries from all the mudsliding.

“But I was backstage the whole time,” this man told me.

“Did you see Johnny Dare? Did he get muddy?” I asked.

“Kind of,” he replied with a smile.