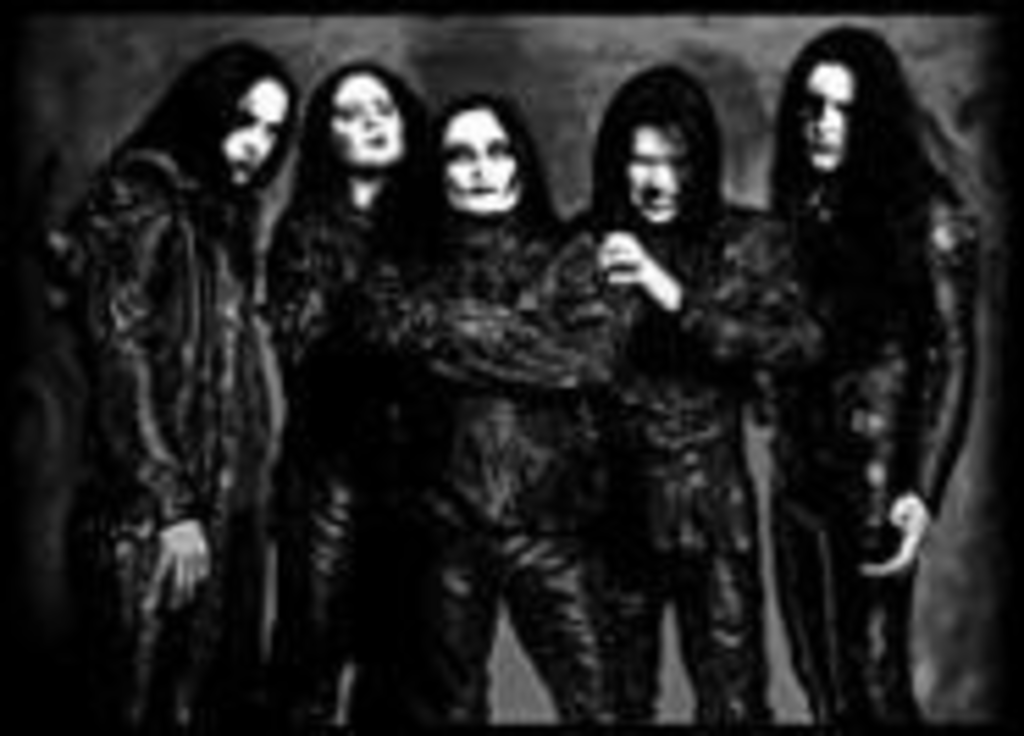 For all gangsta rap’s bullet scars and arrest records, the genre’s boastful tales of shooting sprees often ring a little hollow. It’s just not very likely that Ja Rule or anyone associated with Murder Inc. is or at any time was a hired assassin. So what’s a gore-starved kid to do when he’s already beaten Grand Theft Auto: Vice City and Jay-Z doesn’t seem thuggish enough?

Well, for violent authenticity, it’s hard to beat Europe’s extreme (including the death, black and Viking variations) metal scene, in which musicians are so determined to keep it real that murders, cannibalism, church burnings and bizarre plastic-surgery disasters are as common as corpse paint and guitar solos.

Members of Britain’s Cradle of Filth insist they’re not as batshit insane as Mortiis, who underwent surgery to make his appearance more troll-like, complete with grandmotherly wrinkled skin and an extended nose, and who regularly wears a skull codpiece in public. Nor are they as violent as Mayhem, whose former guitarist, Euronymous, cooked and ate pieces of former lead singer Dead’s brain following the vocalist’s suicide. Euronymous was later stabbed to death by former bassist Count Grishnackh, who was envious of the brain eater’s evil reputation. When the authorities went to arrest Grishnackh, they found 150 kilograms of stolen dynamite in his house, along with plans to destroy a nearby church during a religious holiday. Grishnackh remains on good terms with the remaining members of Mayhem, who recently fractured a fan’s skull during a midconcert sheep decapitation gone wrong. By contrast, Cradle is happy to push the limits, but it’s not interested in completely ignoring them.

“The only way you can do that and be happy is to do something to express your personality,” says bassist David Pubis. “I’m not going to dress like a troll, but I do wear makeup for a living. It’s an escape for myself. Any serious black-metal fan would know that Cradle of Filth is not a black-metal band. Black metal is too restrictive a genre anyway.”

But even though Cradle might only be the Ja Rule to Mayhem’s Tupac in terms of bloodshed cred, it has something its death-obsessed peers lack: a genuine shot at chart success. Well, maybe. Damnation and a Day, a 77-minute collection of cat-in-blender vocals, galloping-horse blastbeats, keyboards swiped from Disney World’s Haunted Mansion and song titles like “The Mordant Liquor of Tears” might be a tough sell for Disturbed fans who just want to hate their dads in peace. Still, a deal with Epic Records and a spot on Ozzfest can’t hurt.

Perhaps Epic thought Cradle could fill the void in shock-loving metal fans’ hearts. After all, Korn is entering its Fat Elvis phase, Ozzy has become America’s favorite dad and Marilyn Manson is an Onion headline. It’s hard to think of any other logical reason to explain why the world’s largest record company thought the black-metal scene was such an untapped gold mine of commercial potential that it gave Cradle the opportunity to “waste as much money as possible, lots of makeup, lots of beer, 77-minute-long albums,” Pubis says. “The budget is huge — we could afford a 44-piece orchestra and a 32-piece choir. It’s so extreme.”

Epic was briefly rewarded when Cradle became the first black-metal band to debut on the Billboard 200 chart, but when supposedly open-minded outlets such as M2’s Headbanger’s Ball and Fuse’s Uranium banned the video for “Babalon AD (So Glad for the Madness),” the investment started to look a little shaky.

“I think [Epic] knows now,” Pubis says. “It’s too extreme. We got a good chart position because of hard-core fans. We bent over backwards for MTV to show our last video, and they didn’t play it. We won’t be bending over backwards again.”

Cradle will be touring with a seven-piece band and supplementing its sound with electronic drum triggers and orchestra samples. Add this to the fire breathers and stilt walkers with whom the band always tours, and Cradle might be unique enough to be a showstopper on this summer’s Ozzfest and recoup Epic’s money. Or it could go over people’s heads. It has happened before, even to the band’s own members.

“When I first saw it, I thought it was too over the top,” Pubis says. Actually, he admits, he thought the group was “crap.” However, he knew several of the members, and he was one of the first people called when Cradle needed a new bass player (or, as the liner notes describe him, “Poisoned Heart Throb”). Though he prefers bands such as Acid Bath to any musicians that people have actually heard of, he took the job for the money. “It’s an opportunity to work almost every night, which isn’t the case with many bands,” he explains.

Membership changes are nothing new to Cradle of Filth, which has burned through thirteen members since starting in 1991 and issuing its debut, The Principle of Evil Made Flesh, in 1994. The lineup has congealed into lead throat gasher Dani Filth, guitarist Paul Allender, keyboardist Martin Foul, drummer Adrian Erlandsson, and the “lead angelic voice” of singer Sarah Jezebel Deva.

Deva’s Enya-on-speed vocals offer a welcome complement to the unrelenting thrash of the band, combining at times with the lavish keyboard arrangements and orchestration to lend Damnation an almost sinister elegance. But Pubis hopes that Cradle’s next album, most of which is already written, will see a shift from this direction.

“Maybe a bit more raw, not some huge-budget thing,” Pubis says. “Next time, we’ll get back to the roots of the band. Less songs, definitely. Unless you’re a hard-core fan, there’s only so much of that type of music you can listen to.”