Rock of Pages: How the Beatles Destroyed Rock ‘n’ Roll 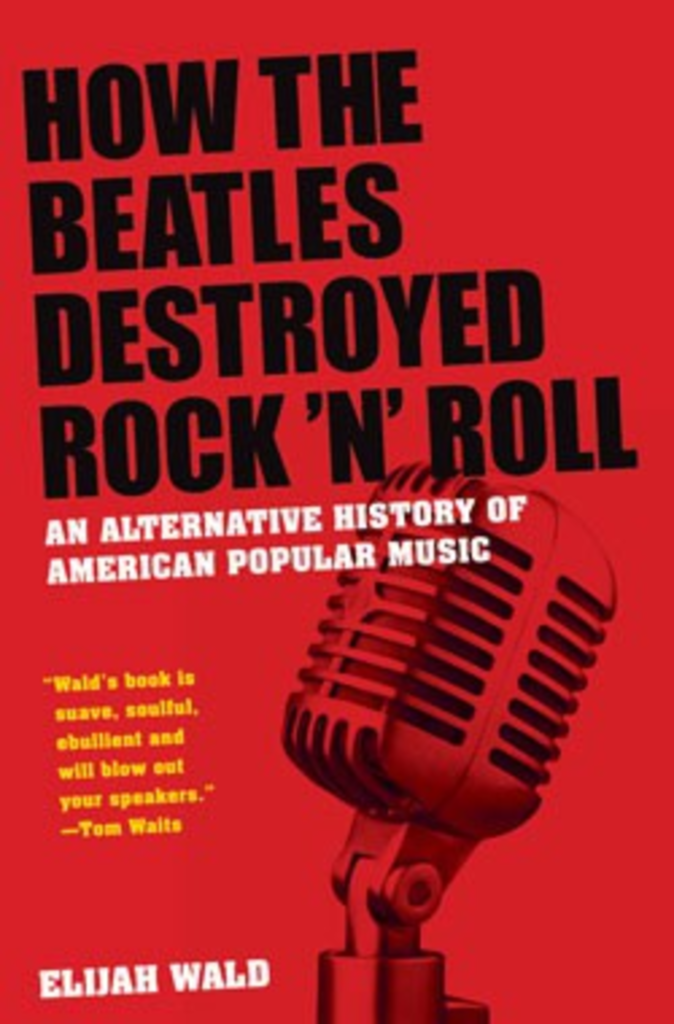 In the field of rock histories, Elijah Wald‘s How the Beatles Destroyed Rock ‘n’ Roll: An Alternative History of American Music is a breath of fresh air. Rather than retreading familiar material and taking it out for another run around the track, Wald takes a look at those left behind when critics write the history of music.

Case in point: while jazz heads might focus on Duke Ellington, Count Basie, Miles Davis, and Thelonious Monk, it’s Guy Lombardo and Paul Whiteman who ruled the scene for decades. Essentially, Wald makes two points: First: history, being primarily written by men — and men who sit at home and listen to records at that — ignores all the music that was popular. The second follows from that point, in that popular music is ignored because it is popular.

Now, How the Beatles Destroyed Rock ‘n’ Roll isn’t a criticism. It’s a history, and the point of the book isn’t that popular music is any better or any worse. The thrust of Wald’s history is to provide the story of those artists who entertained thousands, yet are ignored in favor of the cool and critically acclaimed.

It’s sound rationale: I remember reading an interview with Jeff Tweedy of Wilco in which he recalled his days with Uncle Tupelo. In it, Tweedy talked about the fact that he heard BTO’s “Takin’ Care of Business” just as much as he heard stuff like the Carter Family at family gatherings as a kid. The same goes for pretty much every artist in the market today: when you’re a kid, you like music that you like, and that music is usually what everyone else is listening to. This blogger might like his punk and indie rock now, but there are Def Leppard and Technotronic cassettes in his history.

The whole of the book can be summed up at the beginning of chapter 7:

It is often said that history is written by the victors, but in the case of pop music that is rarely true. The victors tend to be out dancing, while the historians sit at their desks, assiduously chronicling music they cannot hear on mainstream radio. […] One example of this is that virtually all popular music history and criticism up to the 1980s — and the vast majority of it today — has been written by men, though most of the main pop trends have been driven by women.

Wald’s book is a bracing read, providing a story that’s at once familiar and refreshingly new. Surprisingly, it’s when the book reaches the titular rock era that it seems a little rushed. It’s unfortunate that a book with the title How the Beatles Destroyed Rock ‘n’ Roll actually focuses more on dance bands and “light” music for its majority, while devoting only the last chapters to the Beatles and rock ‘n’ roll. While this is still a book which everyone, regardless of their musical preference, should read, it does suggest a title driven more by marketing than by accuracy.

After two and a half years of work, Rebecca Koop's mosaic mural is finished