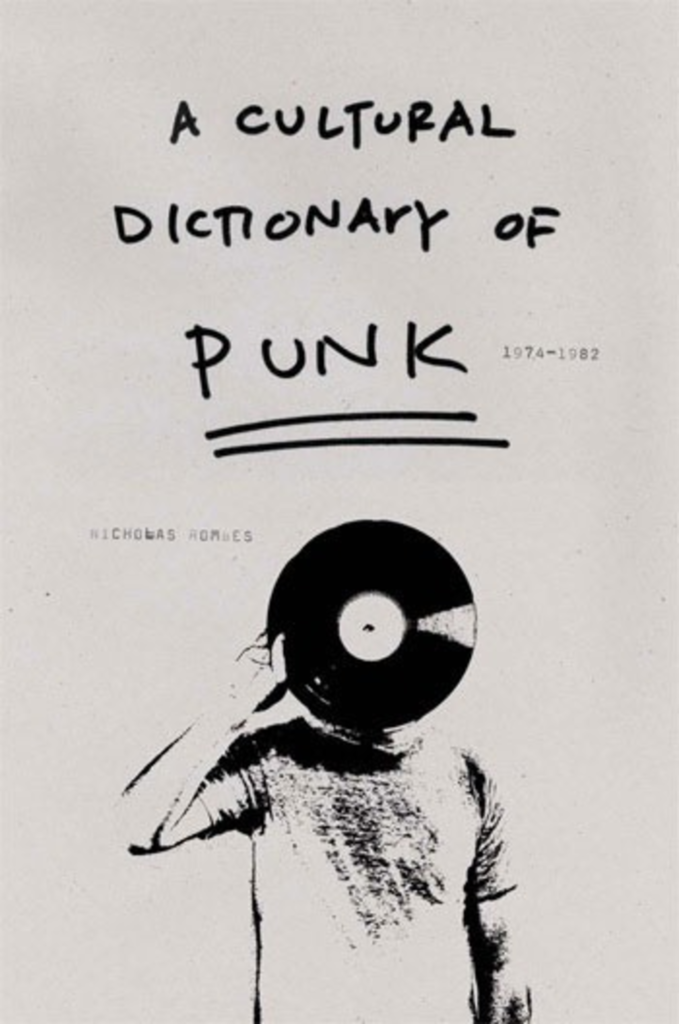 Nicholas Rombes‘ A Cultural Dictionary of Punk, 1974-1982 is a superb work, in that it doesn’t provide the neat, pat definitions one has come to expect from most academic tomes. Instead of basic factual pieces or biographical paragraphs, Rombes uses as his definitions excerpts from fanzines of the early punk era, as well as respected tomes on the subject.

So, rather than there be an entry on Black Flag, there is instead an entire page devoted to No Policy, the “one and only EP by the D.C.-area band State of Alert (S.O.A.) fronted by Henry Garfield (who later became Henry Rollins),” taken from Michael Azerad’s Our Band Could Be Your Life.

Flipping through the book, one will find at least a half-dozen bands only heard about tangentially explained in detail (two pages on the Dils, for instance), while also giving space to The Road Warrior, Dr. Spock’s baby book, and director Alex Cox.

This is one of those books that one simply flips through at random, reading wherever the page might fall open. If one expects it to be anything at all, there will be nothing to be had but disappointment. Reading it with the mind that there will be surprises, and a list of new bands to find, and the possibility of a new perspective, will yield far more positive results.

If you go to the book’s blog, there’s a contest where you can win an atographed copy of A Cultural Dictionary of Punk, as well as one of the ‘zines Rimbes used as research material. He wants to know what band (past or present) doesn’t get the recognition they deserve. Entires are due to nrombes@hotmail.com by December 21.