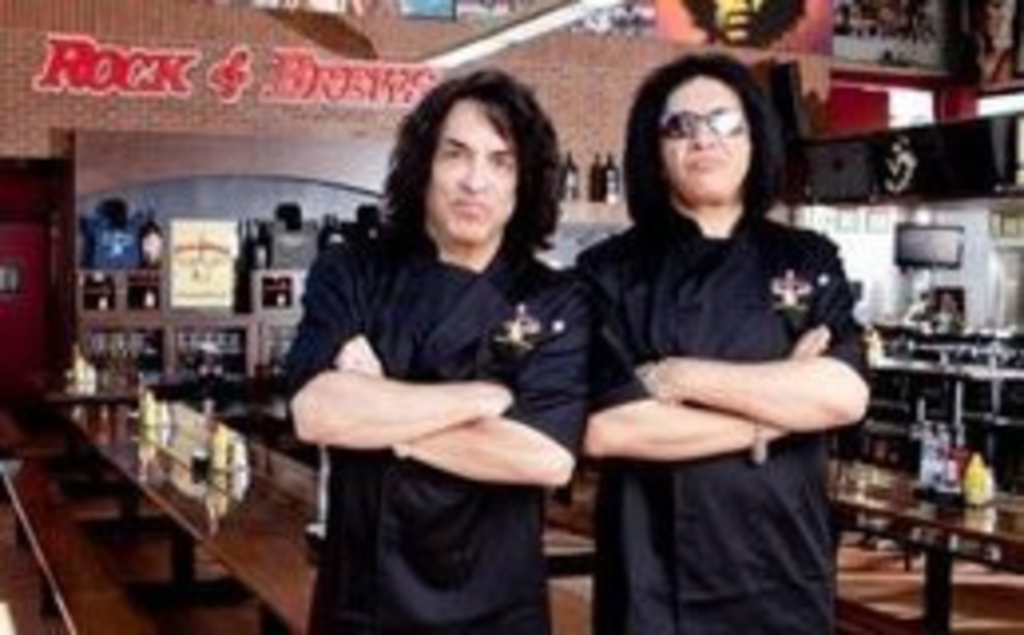 Kiss, a rock group with an enthusiasm for money that borders on the grotesque, was inducted into the Rock and Roll Hall of Fame earlier this month. That should help soften the blow from the cancellation, two years ago, of Gene Simmons’ despicable and fake reality TV show about his family.

For Kansas Citians, there’s a new way to give your hard-earned money to Gene “I am a capitalist pig; I will charge you for everything I do” Simmons and fellow member Paul Stanley: Dine at Rock & Brews, their theme restaurant in Overland Park!

The 6,000-square-foot location – at the new Prairiefire development, in Overland Park – is the first of five Rock & Brews locations planned in Kansas and Oklahoma. (The concept has already launched in California, and is in development in New Mexico, Florida, Texas and Arizona.)

“Rock & Brews is simply fun for the whole family with its approachable menu featuring quality American comfort, an unparalleled selection of international and craft beers and an energized rock and roll-inspired ambiance,” Kirk Williams, a local partner in the venture, says in a press release. “I am excited to bring this unique brand to my home state of Kansas.”

Rock & Brews’ opening-night party is Thursday, May 29. Tickets to the event, which are $100 (proceeds go to the adaptive sports programs of the Kansas City VA Medical Center), include a live performance by Almost Kiss, a KC-based Kiss tribute act, two drink tickets, some food samples and “the chance to mingle with Simmons and Stanley,” according to the press release. Tickets here.