Rob Fitzpatrick on Live at Levitation and streaming psych-rock jams 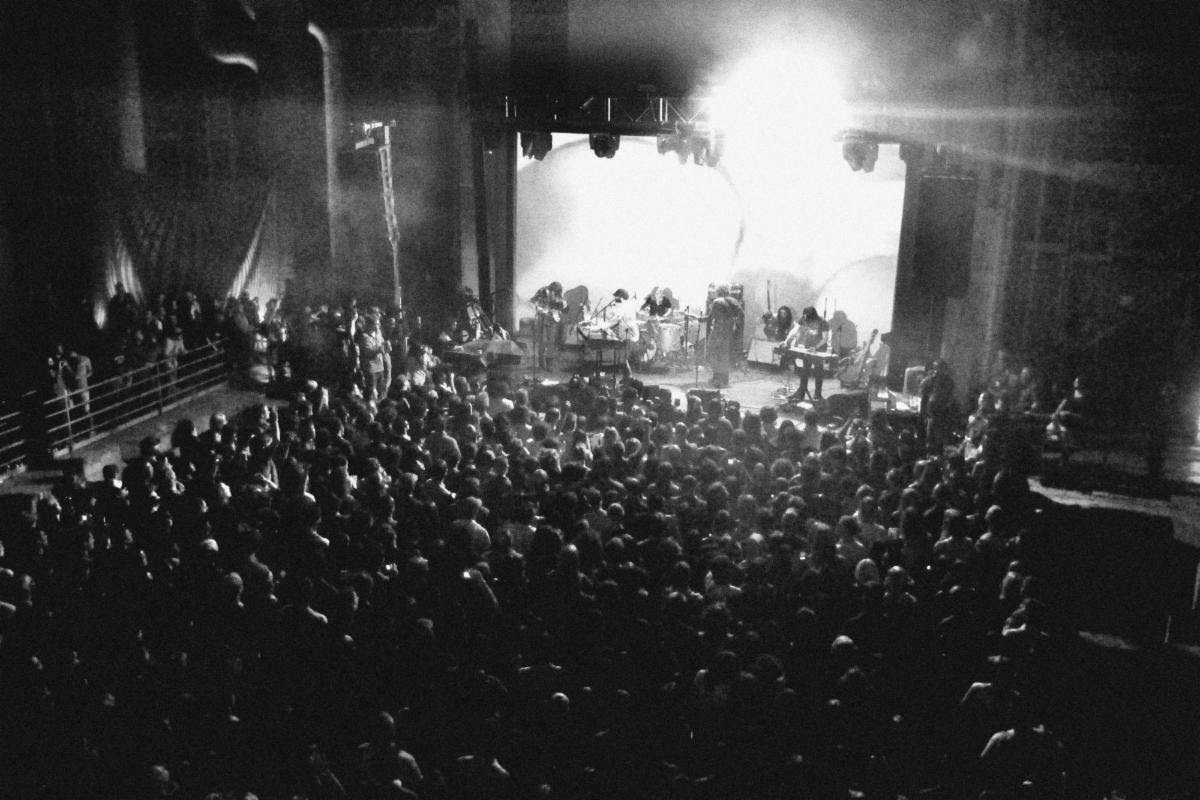 Beginning in 2008 as the Austin Psych Fest, and turning into Levitation in 2014, the annual festival produced by The Reverberation Appreciation Society has seen some of the finest mind-melting rock acts meet up in various venues around and in Austin, Texas, to bring about a harmonic convergence for fans of psych, garage, and all kinds of far-out music. Though the festival’s been hamstrung in recent years by weather events and now, the COVID-19 pandemic, Levitation has soldiered on by presenting some fantastic livestreams, as well as releasing albums through The Reverberation Appreciation Society.

The next installment of the Live at Levitation series is out this Friday, March 26, and showcases six tracks from Austin’s the Black Angels, recorded live at Austin Psych Fest performances in 2010, 2011, and 2012. Ahead of that release, I spoke with The Reverberation Appreciation Society’s Rob Fitzpatrick via email about the label, the festival, and more.

The Pitch: The Reverberation Appreciation Society has been putting out records since 2010, but the Live at Levitation releases are a new thing. Was this something to which you were working, or a necessary turn in light of the pandemic?

Rob Fitzpatrick: Relaunching the label properly has been in the works since we relaunched Levitation itself in 2018, after taking a year off in 2017 following our severe weather cancellation in 2016. Not only did we want to do right by the great bands on the label like Holy Wave, but there’s also been so much potential beyond my ability to tap into. Just running the event was such a massive undertaking, it took 110% of me, and everyone I could bring in to help, to pull it off out at the ranch. The label never got the attention it deserved. So in 2018, I started talking to Harry Portnof, who runs Greenway Records, about taking the reins of the label, and seeing it all through, so plans were well underway before the pandemic hit for the label and Live at Levitation.

When the pandemic hit, and events like SXSW and Levitation, not to mention the entire music industry was thrown into peril, I honestly thought about hanging up my hat for good. But the team we had put together on the label side was still fired up no matter what, and ready to do it. So with that kind of enthusiasm, I was in, and kind of jumped off the cliff with them, knowing we could fly.

The new thing that happened because of the pandemic is our streaming series, Levitation Sessions. Where the Live at Levitation series is archival, the Sessions are new films and live albums being made in the spirit of Live at Pompeii.

How many live performances do you have in the vaults from which to draw, and what do you look for when prepping one for an album release?

We recorded every stage and show from 2010 to 2015. In 2016 with the cancellation of the event due to severe weather and the shows being moved to venues in a 24 hour period, we weren’t able to capture all the key performances but did get some really great ones–and we have a really exciting release from 2016 on the release schedule for later this year. 2017 we didn’t have an event, 2018 we didn’t record anything… at that point we had spent so much money recording and had never really done anything with it. I’m gutted, looking back, that we didn’t because that year had some of my all-time favorite bands on the bill, like Slowdive and OM, and the shows were great. And then 2019 we began recording again, but just a few stages.

So, considering all those years, there are probably about 200+ shows in the archive, and when 2021 happens you can bet that we’ll be fully recording it all again!

So with all that in the archive, so far our approach has been considering what people want–what do the fans want, what do we want, and then going from there–listening to the show, and considering a lot of other factors including how close we are to the band etc. For instance, when I consider how to kick it off, Kikgaku Moyo was my #1 choice. Huge thanks to the band for starting off the series proper.

But just like booking the festival, we’re approaching a lot of bands, and it’s not going to work out with all of them. They might have a conflict or just might not be interested. Maybe they didn’t like how they played that night, maybe those recordings don’t represent the current band etc.

So like anything with music and art, there are some creative ideas but also some logistics and practical considerations, and some luck involved. When all that aligns magic happens!

As sort of an adjunct, you’re doing these Levitation Sessions and releasing them, as well. Is it a little easier with those, as there’s obviously a lot more control over the audio?

With the Sessions, rather than the show being a specific moment in time–it’s totally open. We’re commissioning the bands for a film, in the location of their choice, produced and recorded how they see fit. So it’s often mixed in their studio, and the results have been great. That being said, the way we record the Live at Levitation series–each channel is recorded separately and in many cases we’re handing that off to the band to mix. So ideally both are as close as possible to the EXACTLY how the artist thinks it should sound.

Do you feel that live performances are a big part of the appeal for many of these artists–as in, the music of Levitation artists is more likely to mutate and shift in the live environment than your standard rock bands?

To a certain degree, I think that’s true. That element of surprise and spontaneity in live performances is here the lasting appeal of rock and roll, and live music in general. One thing that is a common thread with the artists we book is these bands are generally much more focused on the music itself–it’s about the songs and a vibe vs a specific person or personality on stage. And a lot of the bands want to surprise their audience, so whether it’s a surprise cover, new jam or fully improvisational—you can definitely see things evolve on stage.

Given that you’re an artist, yourself, is the packaging for these releases a necessary outlet for you, too?

Helping guide these releases from concept to final execution is still something that’s really exciting for me, and there are a lot of creative opportunities along the way. Sometimes I get to have a direct hand in the artwork, and I do still really enjoy that. Ultimately though it’s all in service of the music and art, vs something that is for me. I have my own personal artwork and other outlets for that.

Overall, these projects have really helped stoke the fire in me, and provided some much needed inspiration and an outlet during these very strange times for music.

The Black Angels’ Live at Levitation is out this Friday, March 26, from the Reverberation Appreciation Society, and can be pre-ordered here.