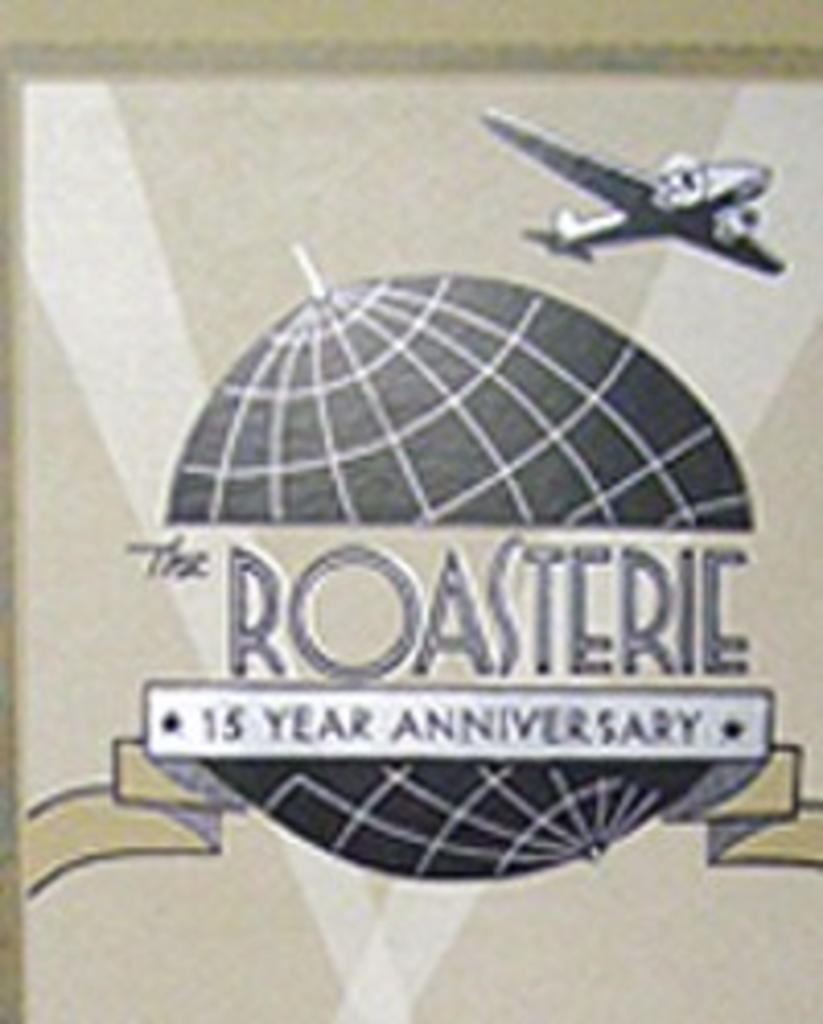 The 15th anniversary is traditionally crystal but for The Roasterie, it’s the giving-away-coffee anniversary.

I first reported this in Pitch Forks last week but it’s worth a reminder. The Roasterie celebrates its 15th anniversary of serving kick-ass coffee by offering it for free today, as in Monday, November 3, in the year of our Lord 2008 at its retail store, The Roasterie Cafe in Brookside. The Roasterie says it’s “a gesture of appreciation for its customers and the community.”

Besides coffee, the shop will be collectibles including a 15-year-anniversary poster like this one here made by Hammerpress.

The Roasterie is also taking the opportunity to create a special 15-year anniversary blend that it reports will be available at grocery stores sometime in November.