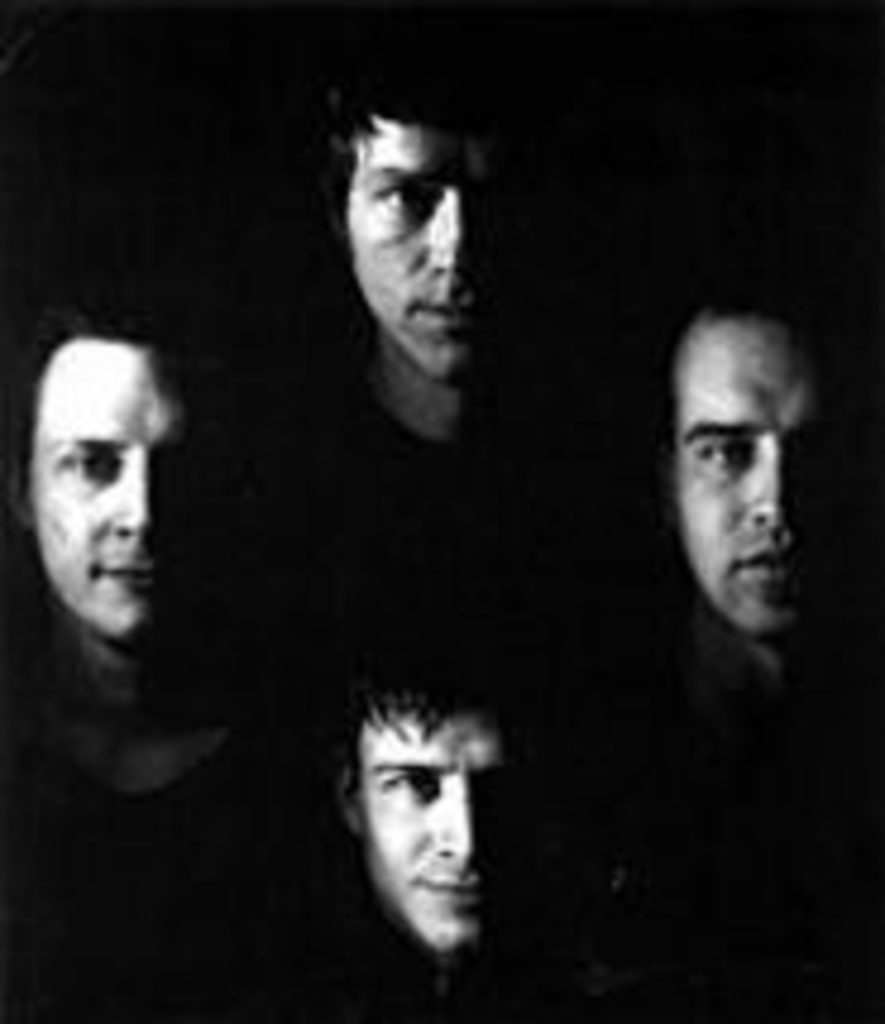 Long before the “No mo’ emo” uprising of 2002, during which the genre’s local delegates bravely shrugged off the approach that had earned them hot-topic status among power-pop teens, Shiner made an equally bold decision. Back in 1997, the band attracted a thin yet rabid following with Splay and Lula Divinia, two teeth-jarring, brain-teasing mathematically precise displays of abrasive virtuosity. Shiner then took a three-year hiatus, during which Tim Dow, the area’s drummer laureate, left the group. When Shiner returned with a new album in 2000, it suddenly favored melody over mayhem, structure over destruction, choruses over chaos.

“Fans can be just ruthless,” says Shiner singer Allen Epley. “There’s a whole school of Shiner fans who only like our early records and think everything else we’ve done is crap, and they’re mean about it. A lot of people try to rile bands up. You just have to follow your own muse.”

After Starless, Shiner’s muse led it back into experimental territory, but with an accessible twist. Last year’s The Egg contains the eight-minute epic “The Simple Truth,” which opens with ghostly whispers and skeletal guitars, cuts to a free-form instrumental intermission, then fades with an extended tea-whistle whine. There’s also “Spook the Herd,” a moody reprise of the alluring album opener “The Truth About Cows,” and “The Top of the World,” a keyboard-and-drum-driven descent into madness delivered with unnerving calm. Oddly, college-radio DJs have embraced these atypical tracks, placing “The Simple Truth” on playlists next to similarly expansive work from the likes of … And You Will Know Us by the Trail of Dead and Cave-In.

“The fact that Cave-In did so well was really a weathercock for us,” Epley says. “It let us know that there’s a real market for what we’re doing. The state of music is turning around, and it’s really encouraging.” Epley credits Bush with kick-starting the art-rock revival — and he doesn’t mean the washed-up grunge scavengers. “Every time there’s a Republican administration, there’s something to rail against,” he theorizes. “It rallies the leftists.”

Incensed liberals might be picking up guitars and swarming record stores, but such conditions didn’t immediately translate into strong sales for The Egg, which required a lengthy incubation period. Weeks after its release, Shiner’s album remained stuck in its shell, while the Dismemberment Plan’s Change, a record released on the same date (October 23) by the same label (DeSoto), dominated national press and incited a buying frenzy.

“It wasn’t the best idea to come out on the same day as D-Plan,” Epley admits. “I love those guys, but they’re huge, and it dwarfed our release.” It took some time for music writers to evaluate “the other band in the package,” Epley says, but finally the accolades have arrived. More than six months after its release, The Egg earned Shiner a review feature in Modern Drummer magazine (a welcome nod to Gerken, who continues to bear the brunt of the Lula/Dow contingent’s fury). A short late-fall tour with Death Cab for Cutie also helped spread the word, so by the time Shiner reached the West Coast earlier this month, crowds were waiting for it.

“It’s been fucking insane,” emphasizes Epley. “We’re not used to playing to a bunch of people all the time. We’ve drawn a couple hundred every night, and merchandise has been killing.”

Shiner will have some new merchandise to offer at its May 25 gig at the Madrid: an enhanced version of The Egg featuring two freshly written and recorded tracks, which will be distributed overseas by the Japanese label Stiff Slack in anticipation of Shiner’s first visit to Japan this fall. Both tunes, “Dirty Jazz” and “I’ll Leave Without You,” are relatively mellow by Shiner standards, with piano taps setting the rhythms, drums stuttering but never shouting, hazy guitars gathering like storm clouds but never releasing rain and Epley’s voice camouflaged against the dingy backdrop.

Well, most of them, anyway. “I think The Egg brought some bands back from the Lula/Splay fold,” Epley says. While he admits that’s an appealing side-effect, Epley says Shiner won’t specifically pander to fans from that era by, say, performing a Splay-heavy set. “We always try to lead with new material,” he says. “It keeps us on our game and keeps us more relevant. Also, we don’t have to cater to an audience, like Hum — they can’t get away with not playing ‘Stars.'” (The Madrid show will reveal whether opening act Centaur, which includes former Hum members, is also saddled with this obligation.)

The Madrid lineup also includes the Anniversary, with whom Shiner has never shared a bill. Having weathered barbs from fans who felt betrayed after his band changed its path, Epley is uniquely qualified to advise that band’s members on how to deal with the hostile feedback it’s getting now (see Around Hear). His words of wisdom: “Fuckin’ don’t listen to ’em.”