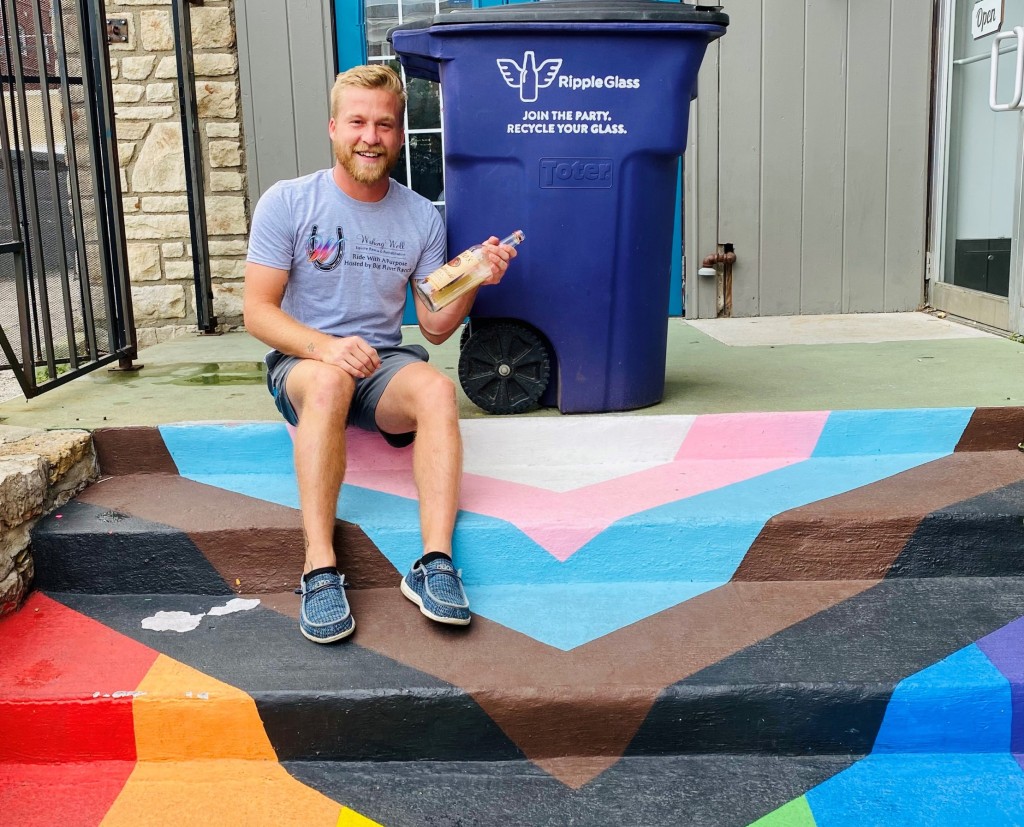 Kansas City lacks a strong recycling program, but with the help of Tito’s Handmade Vodka, and Ripple Glass, that problem will soon be eradicated.

Ripple Glass started picking up glass recyclables in 2018. By the next year, the company paired with Tito’s to launch their recycling game into a new space. The initial promotional deal offered a month of free service to customers who signed up during the sponsorship by Tito’s.

The two companies joined forces to recruit business owners, bars, restaurants, and other commercial spaces into their recycling pact. So far, 165 metro locations have enrolled in the recycling program, and over 600,000 pounds of glass have been recycled.

“Environmentally, for every 6 tons of glass recycled, 1 ton of carbon dioxide is reduced in the remanufacturing process,” a Ripple City representative says. “In addition, for every bottle recycled, one new bottle can be made because glass is infinitely recyclable.”

Ripple is scattered throughout the metro, and its presence is denoted by a striking purple bin. Without the handiness of Tito’s partnership and iconic personality as a company, the recycling project may have fallen flat on its face.

But the vodka manufacturer prides itself on giving back to communities—in shot-filled nights and in sustainable advantages.

“We’re grateful to work with Ripple Glass to offer businesses the opportunity to give glass another life and help make recycling more accessible,” Calabrese says. “We encourage businesses to sign up, snag a purple bin, and further the impact that Ripple Glass is already making in the Kansas City community.”

The Tito’s x Ripple Glass collaboration acts as a branch of Tito’s “Love, Tito’s” program. The initiative is dedicated to Bert “Tito” Beveridge, the original founder and company namesake.

The back story runs into a whole spiel of philanthropy and legal rewriting as Beveridge launched the first legal distillery in the state of Texas, back in 1995. The main takeaway is that he loved giving back to his Austin, TX, community, so the enterprise does the same to this day as an act of good faith.

You can find a purple bin near you and do some good for the planet through Ripple’s website. Trust us, not every empty liquor bottle needs to be used as a shelf decoration, so go ahead and recycle that glass.