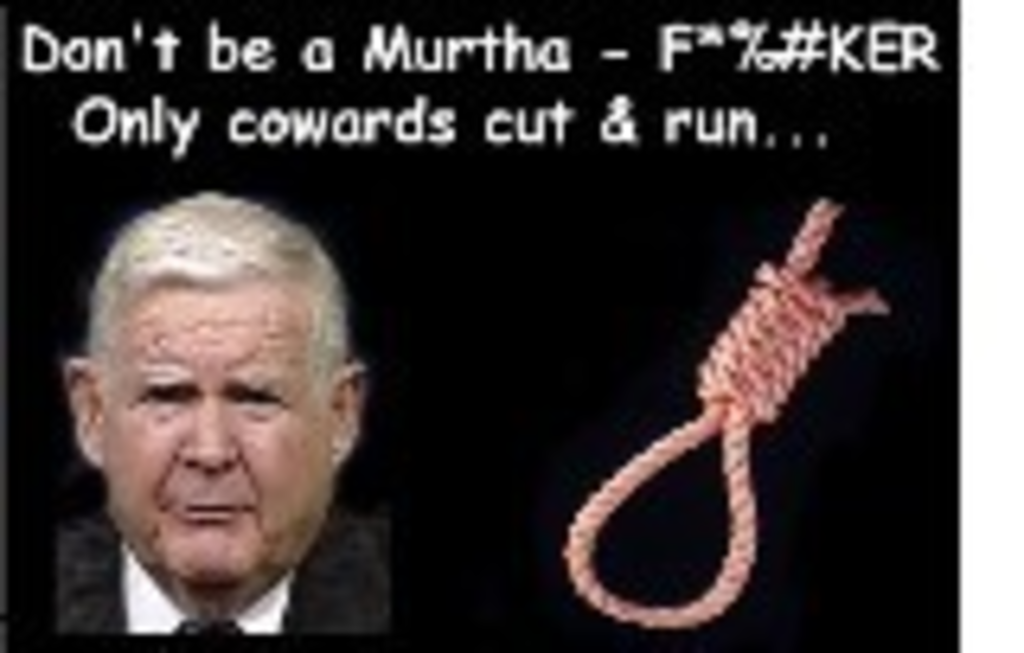 conservatives will avoid the kinds of demonization campaigns that are so

familiar on the left upon the death of controversial political

This must be some kind of inside joke, as rightbloggers treated Murtha

at the moment of his passing pretty much the way they treated Ted Kennedy at his.

“May he rot in Hell,” offered Bare Naked Islam. “Justice Delayed, But Not

crook, is dead,” said South Bend Seven. “Ding, dong and all that.”