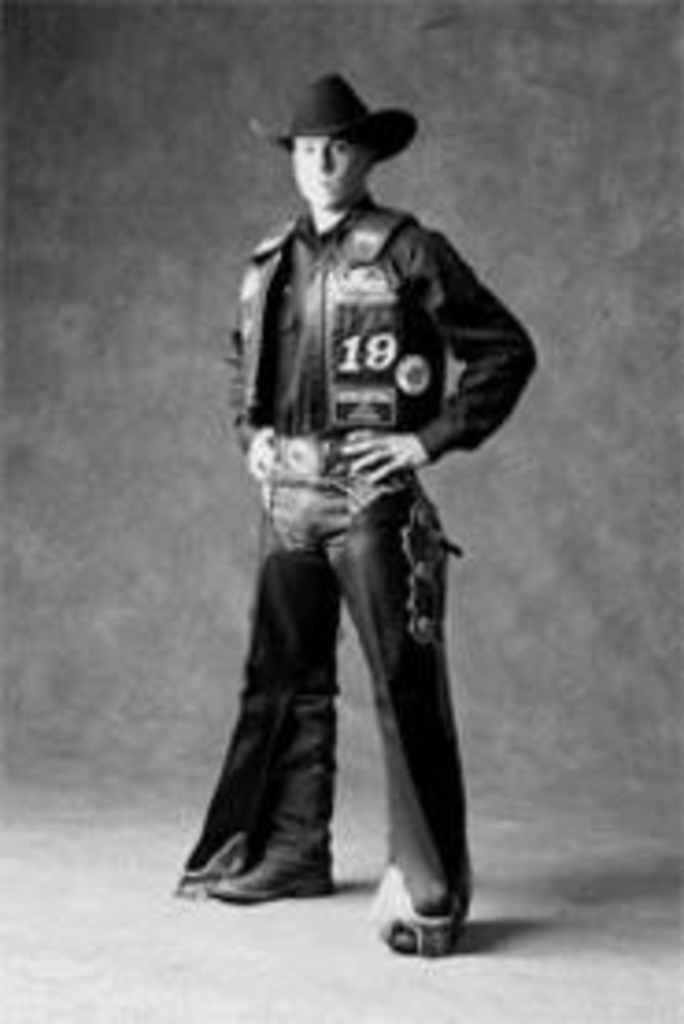 Dusty LaBeth had his groin muscle removed, just so he could keep riding bulls.

Back in 2001, when his groin was still intact, the professional bull rider and Kansas native was ranked tenth in the world. He climbed onto the fiercest bulls, which can weigh up to a ton but can leap and twist like cats, and stayed on for the coveted eight-second ride. He was 21 and a star in his increasingly popular sport.

Then LaBeth fell on hard luck. First, an injury dating back to his youth-rodeo days led to several surgeries — including that “total groin release” — which took him out of the rankings and, potentially, out of competition for good. Eventually he returned, working his way back up through challenger series. But then, last year, another setback.

“I went head to head with a bull called Hooch,” LaBeth recalls, with a slight twang appropriate for the rodeo circuit. Hooch knocked him out cold, and LaBeth faced another few months of recovery.

But he chooses not to think about all that. “I’m just focused on gettin’ ‘er done this year,” he says.

This is his first full year back in the arena, which was an unlikely place for him to begin with. The son of a longtime William Jewell College football coach, LaBeth grew up in sparsely cowboyed Overland Park. But after he tagged along with an aunt to see his first bull-riding event, he quit football — and every other sport — to focus on his new pursuit. His parents dedicated themselves to supporting their son’s ambitions, wearing out three cars driving him across the country to train and compete.

“You never think when you’re a kid that you’d grow up making a living riding a farm animal,” LaBeth says. But that’s just what he’s done, with more than $300,000 in career earnings to show for it. His goal is to earn even more.

“Every bull rider’s dream is to be the world champion,” he says. “Right now, though, I’m just trying to make as much money as possible, so I don’t have to ride bulls when I’m 30.”

Don’t confuse him with a money-grubbing rhinestone cowboy, though. A quiet, self-described “loner,” LaBeth spends his days off at home in Louisburg, training horses and working out under his dad’s guidance. He loves bull riding for its “natural high” and for the adoring fans. Earlier this month, 10,000 of them were on their feet for him in Sikeston, Missouri, where he rode the last bull of the night in a Professional Bull Riders qualification event.

More than 100 million people watch PBR on TV every year. (Some observers have dubbed it the new NASCAR.) More than 800 cowboys around the world hold PBR membership; they come from farms, ranches, suburbs and inner cities, each bringing his own flair to a dangerous sport — dancing for fans, kneeling for God, sporting flashy chaps. LaBeth, though, is known as a humble sort, and the fans always show him love.

And now, LaBeth has a special feeling in his groin. It doesn’t hurt.