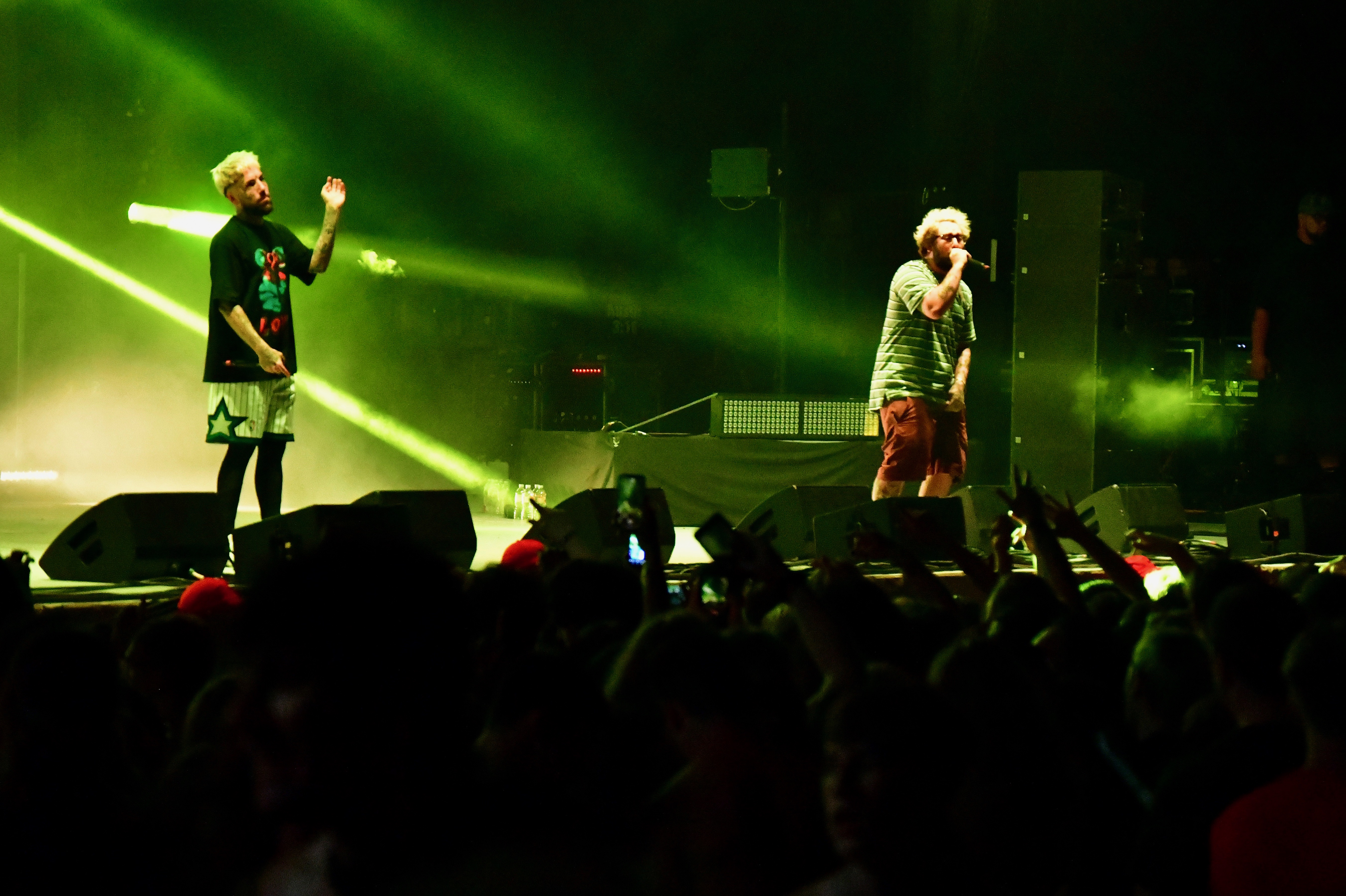 The lawn was roped off at Providence Medical Center Amphitheater on Sunday night, but the outing was still a venue upgrade (in size, at least) for $uicideboy$, a New Orleans duo that last performed in Kansas City a year and a half ago at the Uptown Theater.

The ‘boys set came after four hours of supporting acts in the August heat, and as a result the audience wasn’t quite the powderkeg I witnessed back in December 2017. It was possible during the majority of the hour-long set to wade very close to the front of the stage. The sprawling circle pits slowly devolved into groups of four shirtless dudes pushing each other for extended periods of time.

Ruby and Scrim’s performances weren’t to blame, but the scale of the stage did succeed in swallowing the two at times, sending them wandering around different sections disunified, or on small platforms at opposite ends of the stage to no real effect. When in sync, though, the pair’s anarchic fusion of nineties Memphis gangster rap and nu-metal remains powerful. Back-to-back fan favorites “Paris” and “$outh $ide $uicide” were two of the night’s rowdiest moments, featuring pounding drums and fully automatic raps.

The air mellowed occasionally; lighters were flicked to “Kill Yourself (Part III)” and “Runnin’ Thru The 7th With My Woadies,” which both employ somber and murky instrumentals that allowed the ‘boys to channel the eeriness of their hometown and creep like apparitions across the stage. While often off-key, Ruby’s signature shout-singing and Scrim’s snarled incantations enhanced this mood, painting more detailed pictures of their depression, drug abuse, and slow-built independent success.

After leading the crowd in a collaborative middle-finger “fuck you” to everyone’s respective haters, Ruby and Scrim preached the idea of the fan family later on in the set, not unlike the way Slipknot’s Corey Taylor had the night before. This was a family reunion I wouldn’t mind attending again next year. 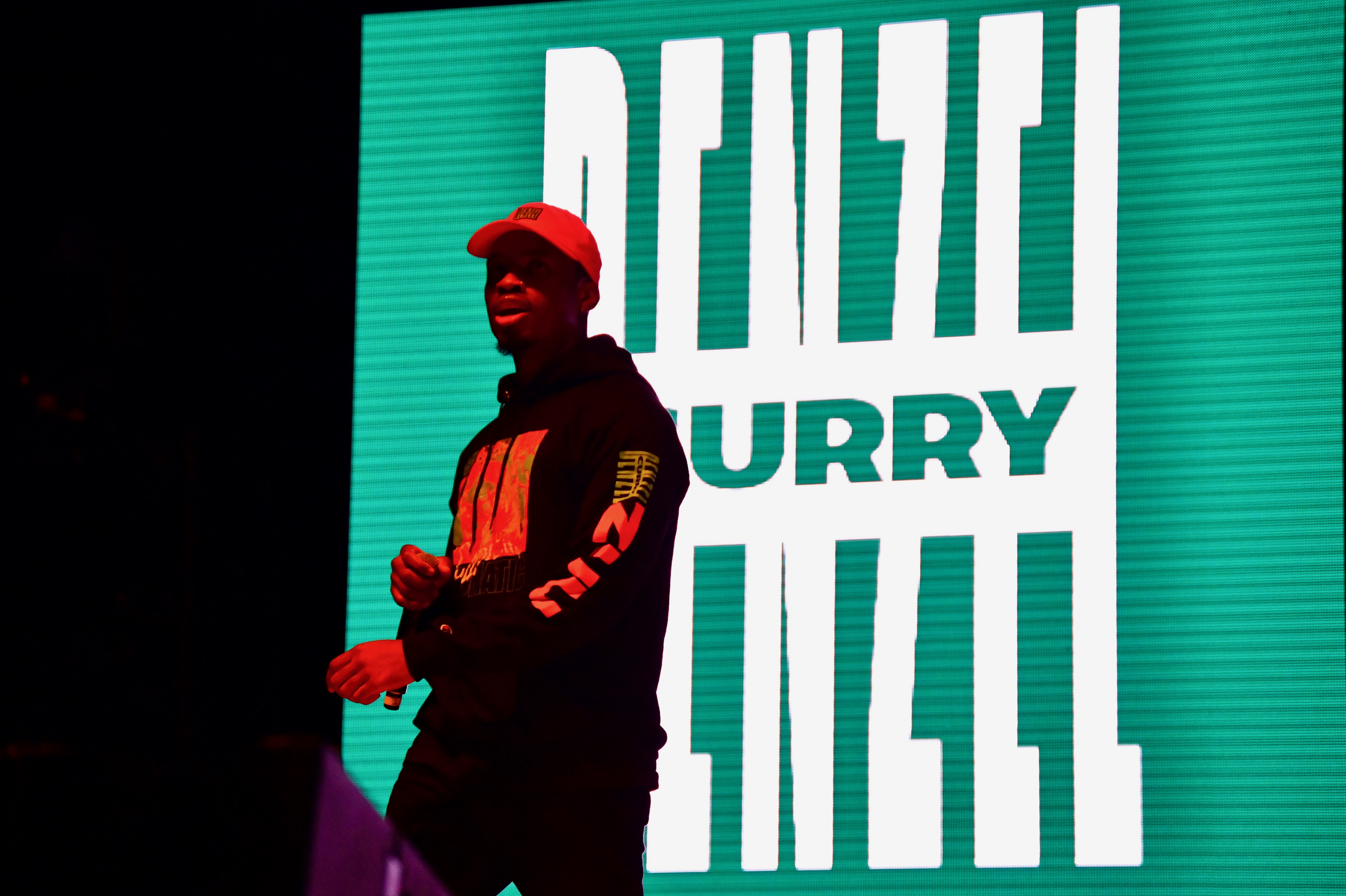 South Florida rap star Denzel Curry made a speedy return to the area after opening Billie Eilish’s Independence date back in June. His status as one of modern hip-hop’s most exciting performers remains unchanged. Curry’s nine-song outing highlighted singles from his two most recent albums, a couple throwback hits, and a tribute to fallen Floridian Xxxtentacion with a cover of the rambunctious cut “#ImSippinTeaInYoHood.” 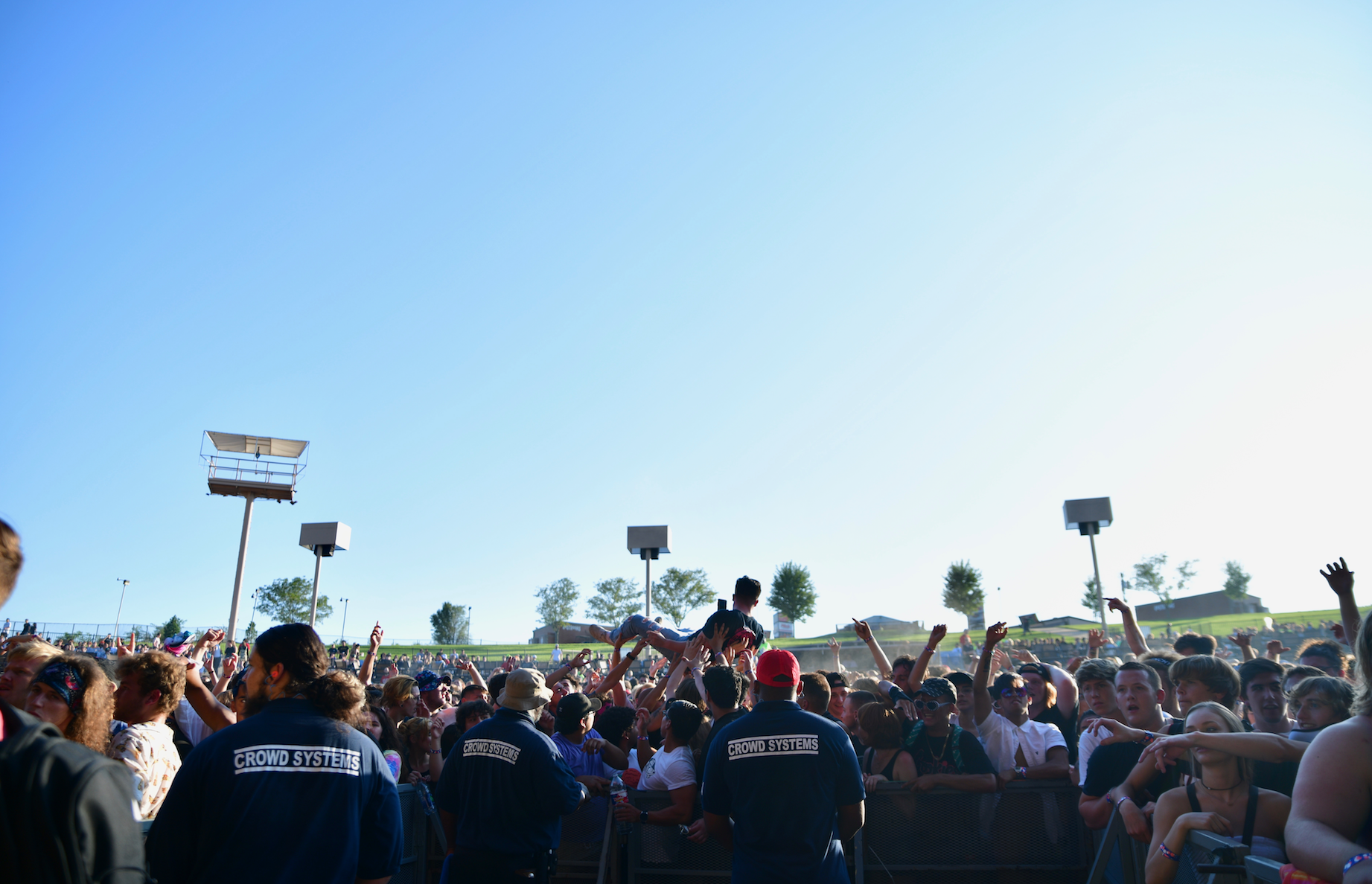 The sun had just set as Los Angeles crew Shoreline Mafia took the stage. For rappers that are extremely enthusiastic about weed and cough syrup, Shoreline’s Ohgeesy and Fenix Flexin were surprisingly lively performers. A cool breeze rolled into the amphitheater and Shoreline’s heavy and inebriated California bounce—rapping with minimal pauses—played like a weekend night’s radio mixshow on the stereo with the windows down. Roughly half of the tour’s performers were present sidestage basking in these vibes. 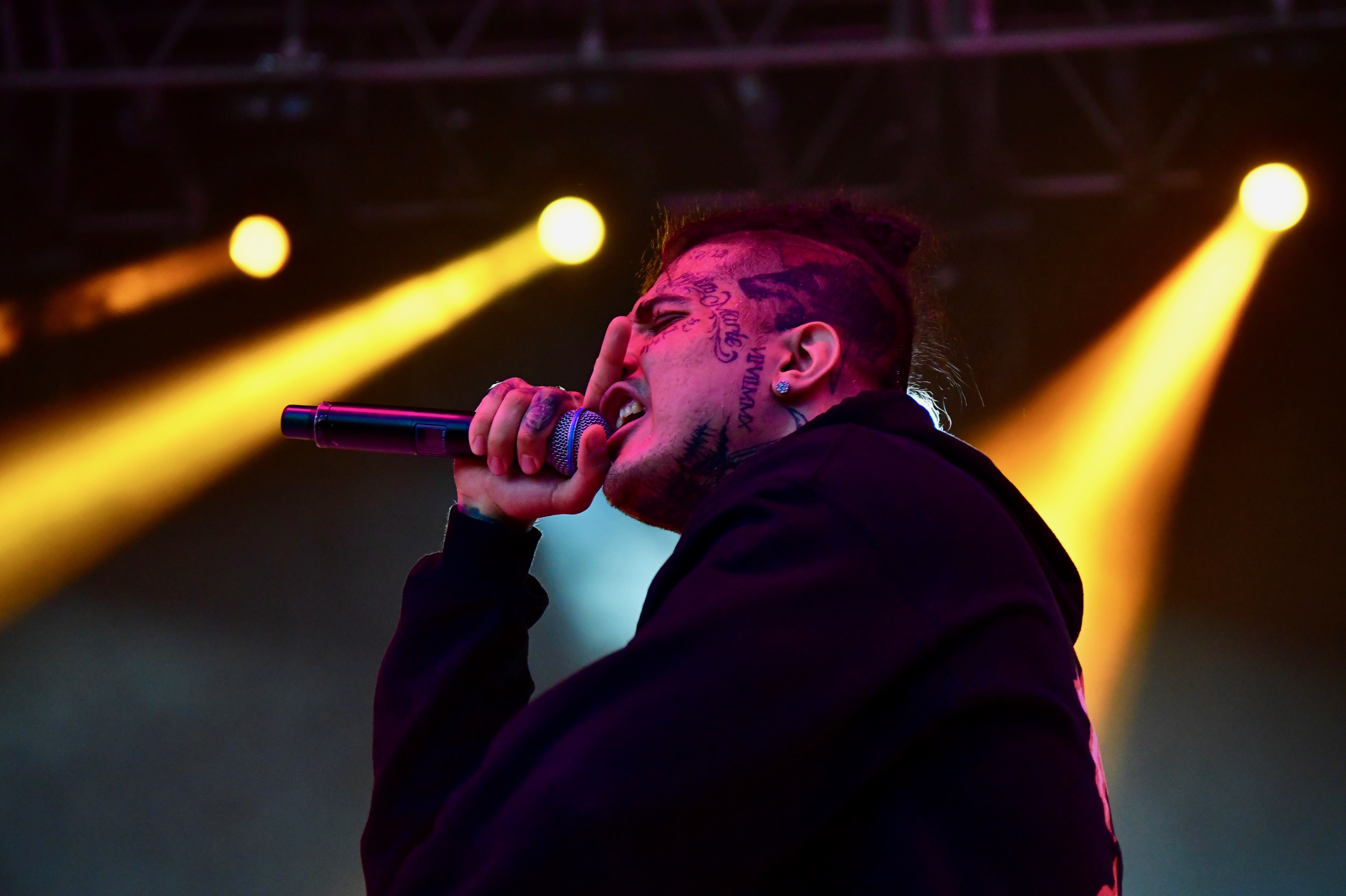 City Morgue was the first hip-hop act of the night to evoke a wild-and-crazy pit without any coaxing. Rapper ZillaKami sprinted onto the stage, followed quickly by partner SosMula. The New York group’s clattering beats (rife with gun sounds) and screamed vocals shook fans awake as they were force-fed songs of extreme violence and drug use. DMX for the SoundCloud set.

Germ and Shakewell, two members of the $uicideboy$ Cinematic Universe, performed solo early in the evening, offering variations on their collaborators’ gritty sound to the joy of all superfans in attendance. (The sun was pretty oppressive at this point, though.) 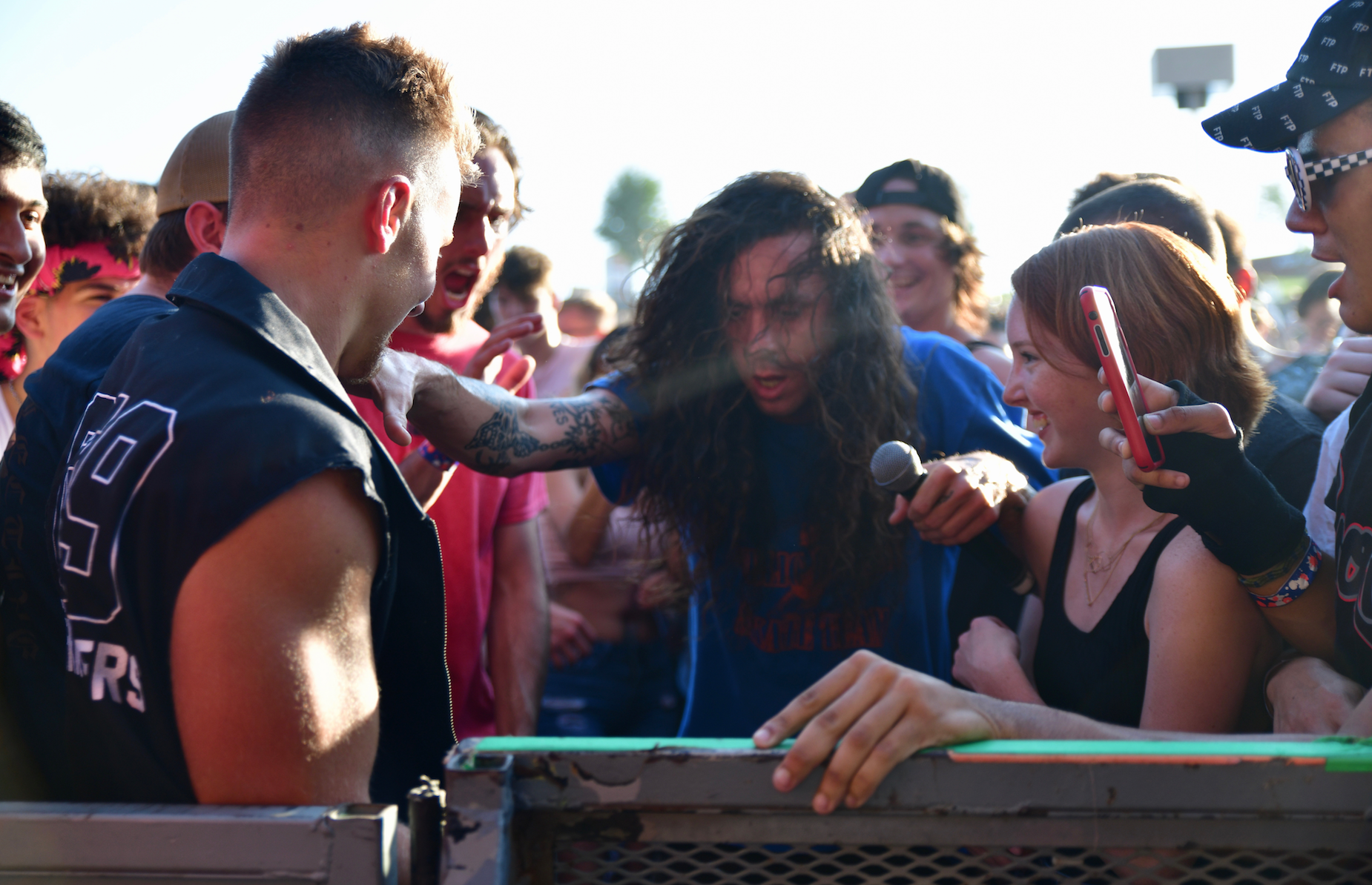 Los Angeles hardcore vets Trash Talk promptly kicked the Grey Day tour off at 6:30 P.M. The band blasted through a career-spanning set (some fans likely weren’t counting on hearing decade-old banger “Walking Disease”). Vocalist Lee Spielman spent most of his time in the crowd, rallying attendees for a circle pit or soliciting blunts for his bandmates and himself. Between noting that they had just wrapped up a new album with in-demand rap producer Kenny Beats and playing a top-notch hardcore set from an amphitheater stage, Trash Talk made it clear that it’s still hip-hop’s top hardcore and punk ambassador.

All photos by Aaron Rhodes.