Review: CMF5, Side B 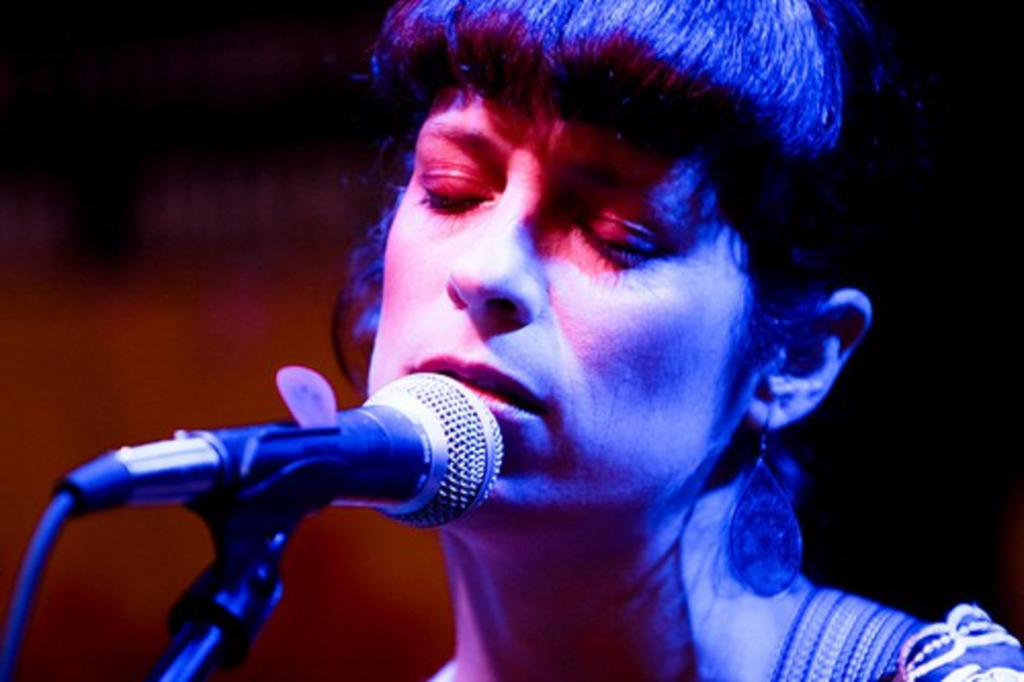 This is the second part of a two-part review of the fifth annual Crossroads Music Festival. Click here for the first.

The Doo-Dads. 4 p.m. at Crosstown Station. I arrived at Crosstown Station in the middle of the Doo-Dads song, “Dinosaur Party.” There were about ten kids jumping up and down, bouncing red balls and running back and forth on the dance floor. The mommies and daddies, most of whom where having a drink, were bouncing right along with the kids to such hits as “Ridin’ My Bike,” “Hop to the Rock,” “Gimme Some Room” and my personal favorite of the set, “Keep It Clean,” a song about the importance of personal cleanliness, a subject I believe should be hammered into young minds early. At first, I wasn’t so sold on the idea of a local kids’ band. I thought it sounded a little creepy, but I don’t have any kids so my opinion doesn’t really count anyway. The Doo-Dads have put out two full-length CDs and an EP. They also have an eight-song DVD. One of the dads at the show bought it, prompting frontman Mike Niewald to say, “Wow, now you are going to get really sick of us!”

It was a totally enjoyable performance. The four Doo-Dads look like they are having a blast on stage, and the kids really pick up on their energy. There was more dancing going on at this show than any Midtown hipster get-together than I’ve seen in quite a while. With their matching shirts and sunglasses, cartoon likenesses on the video monitors and song called “The Ball Song” — Balls, balls, balls everywhere! — I give the Doo-Dads four-and-three-quarters dinosaur-shaped chicken tenders out of five.

Kirsten Paludan 6:45 p.m. at the Czar Bar. A little later, over at the Czar Bar, Kirsten Paludan was softly kicking things into gear. I have seen her play many times before with Olympic Size and with her self-titled band. I’d never heard her alone, and I have to say that it was the best incarnation of her folkish pop I’d experienced. When she plays with Olympic Size, her breathy voice compliments the vocals of Billy Smith, but not on every song. When I have seen her play with the Kirsten Paludan Band, it’s often drowned out by drums and guitar. I think it’s time to ditch the band. It’s worked for so many others, right? She played her first songs with an acoustic guitar, then switched to a keyboard and added a little drum machine action later on. “It’s hard to be a female singer-songwriter and not be influenced by Joni Mitchell, so why fight it?” she asked. You know I’ve been to sea before/ Crown and anchor me/ Or let me sail away, she sang in her haunting alto. Kirsten has the delicious piano chops of Fiona Apple and a rich voice similar to Natalie Merchant’s. It’s soothing, lullaby makeout music. Four-and-a-half used Kleenexes out of five!