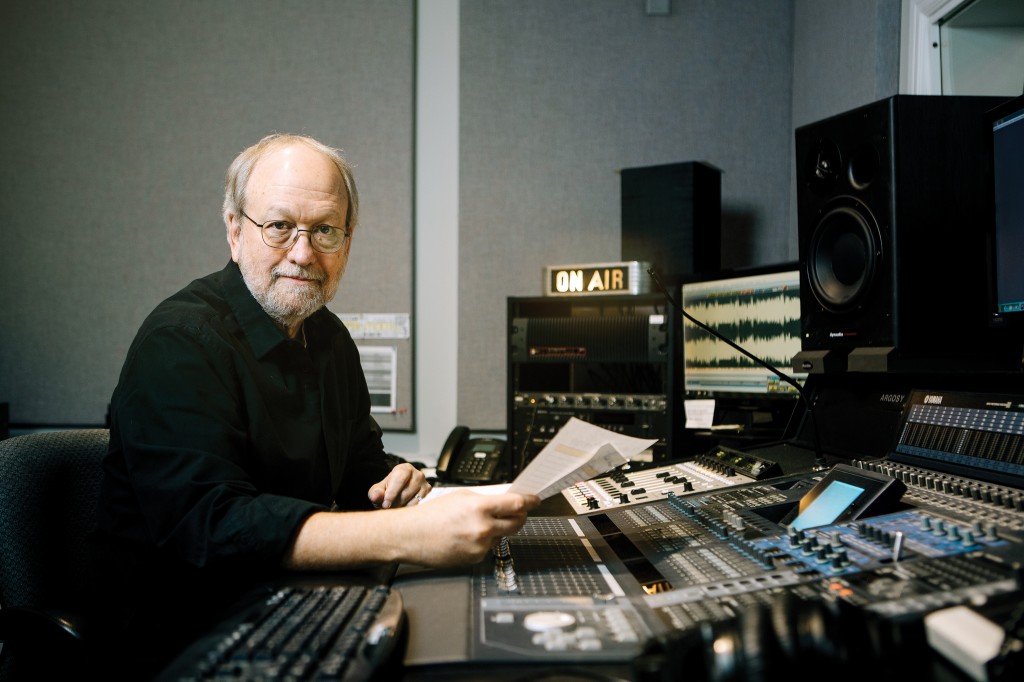 Host Brogdon, where the magic happens. // Photo by Travis Young

Kansas Public Radio’s newest show, Film Music Friday, has a title which seems to say it all. At KPR studios, host Darrell Brogdon wants to clarify where this is all going.

“Obviously people are doing all kinds of different things with [film music] now, but we’re going to focus on orchestral music because it is a good fit with our existing programming,” Brogdon explains. The host, who is also the station’s program director, sees orchestral film scores as dovetailing nicely with the station’s classical music.

“Aside from stuff that was composed for movies, we’ll also play occasional classical pieces that are familiar from movies,” he says.

Brogdon was introduced to classical music through Bugs Bunny cartoons. “The more I talk to people about this, the more I think we’re in the majority here—cartoon kids, you know?—so we want to keep some classical music as part of the mix in addition to doing original scores for films. It’s a good way to tie things together.” 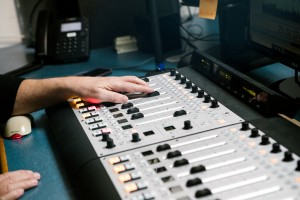 While only having premiered on the first Friday of the new year, Brogdon already has plans for future episodes in mind. He points to a two-inch thick three-ring binder on his desk with the Film Music Friday logo on the front.

“Before I even went on the air, I assembled this resource book, because there’s so much classical music that’s been used in the movies. I wanted to have some kind of reference so I could cross-check and find stuff,” Brogdon says. “You could do a whole hour of just the Die Hard movies, and maybe we’ll do that. You can do Beethoven’s Ninth and [Jean Sibelius’] Finlandia—each one of them is built around some classical piece of music, so that would be a fun hour.”

Brogdon didn’t immediately break out the big guns for Film Music Friday’s first jaunt on the radio. Aside from “Rey’s Theme” from The Force Awakens, there was no John Williams, nor was there any Alan Silvestri, Jerry Goldsmith, Hans Zimmer, Michael Giacchino, or any of the other big names one might expect. The next week, however, featured Ennio Morricone, Goldsmith, and Elmer Bernstein. The host is careful as to how he wants this show to unfold. 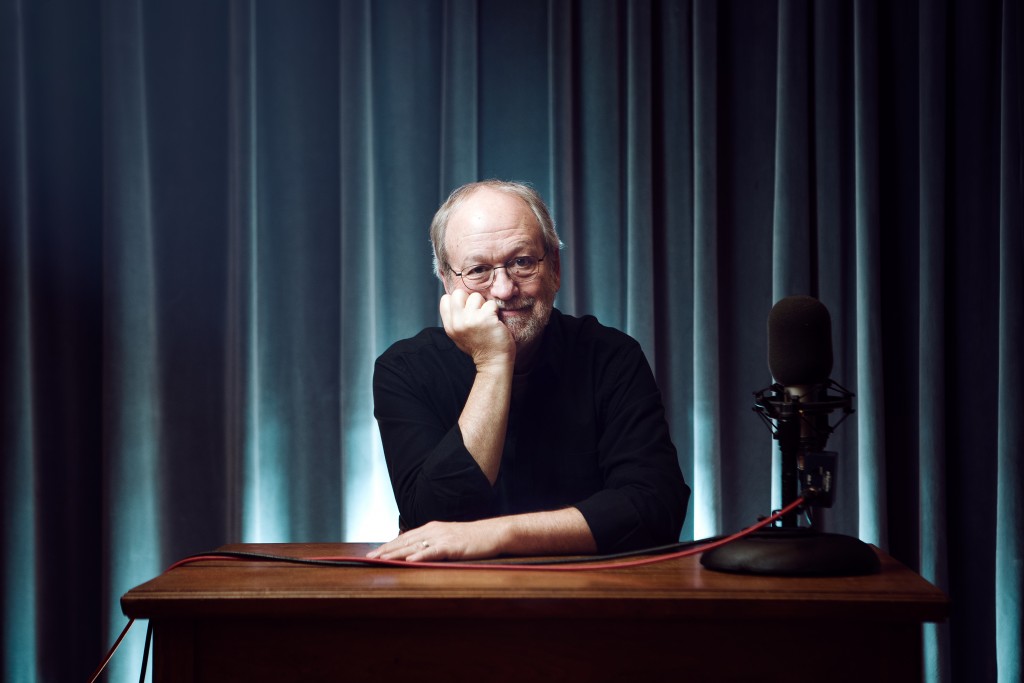 “My natural inclination would be just come out with all guns blazing, but I opted not to do that because it just seemed like that was too easy,” Brogdon says thoughtfully. “It was more about let’s think about this differently and see what happens.”

Definite plans for the future include further themed shows, with the focus on a particular genre or a film.

“Unquestionably, we’re doing theme shows,” Brogdon says. “Valentine’s Day is on a Friday night, so we’re going to do an all-romance edition of Film Music Friday with scores from Bette Davis movies in the ‘40s like Now, Voyager or Love Actually.”

Bogdon throws out a couple of ideas, based on a show he used to do years ago at a station in Texas, which was also focused on film music. One of that show’s most popular editions was swashbucklers. He says that those pirate films, with their sword fighting and derring-do, make for an electric set of tunes. 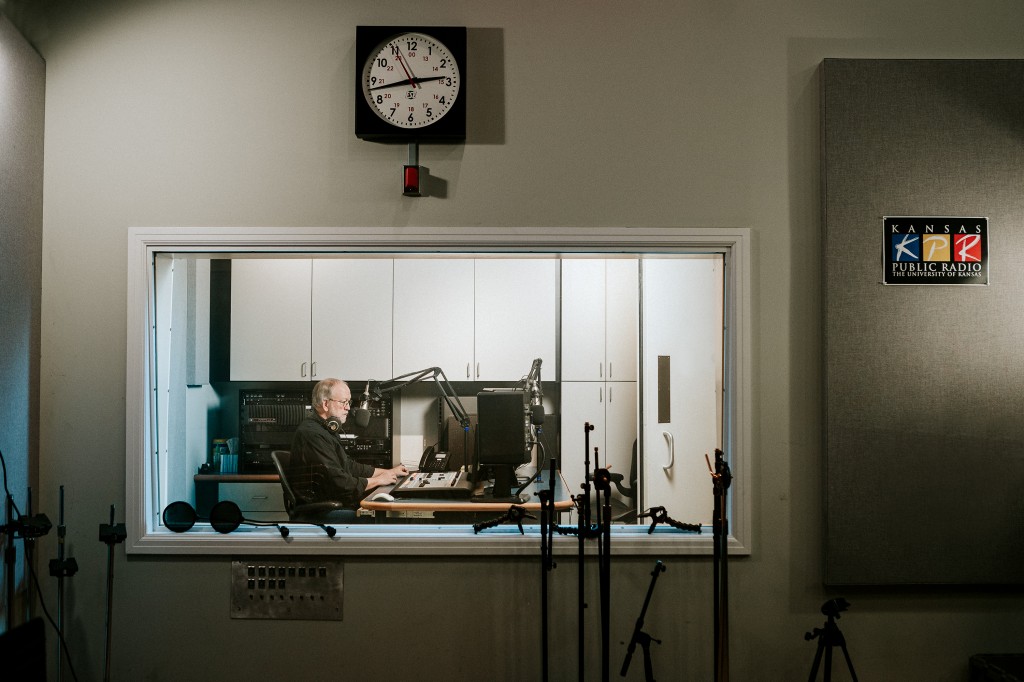 “Clearly, I play a lot of film music on Retro, but a lot of that’s never going to work in a semi-classical or light classical setting,” Borgodon demurs. “Either it’s jazz or it’s just crazy European go-go music from the ‘60s and stuff like that—which I love equally—but this is a little more targeted. The one thing we wanted to do was make sure we didn’t create another discrete program. We wanted this to be part of our existing classical schedule. It may have a more specific focus, but it still fits comfortably in what we’re doing.”

All that said, Brogdon really hopes that the show will find fans of KPR’s classical music getting turned on to film scores, and vice versa, as much as he is.

“I’ve loved film music since I was seven years old and saw The Magnificent Seven and heard that music by Elmer Bernstein. How could you not hear that and be moved?”