Requiem for a Room 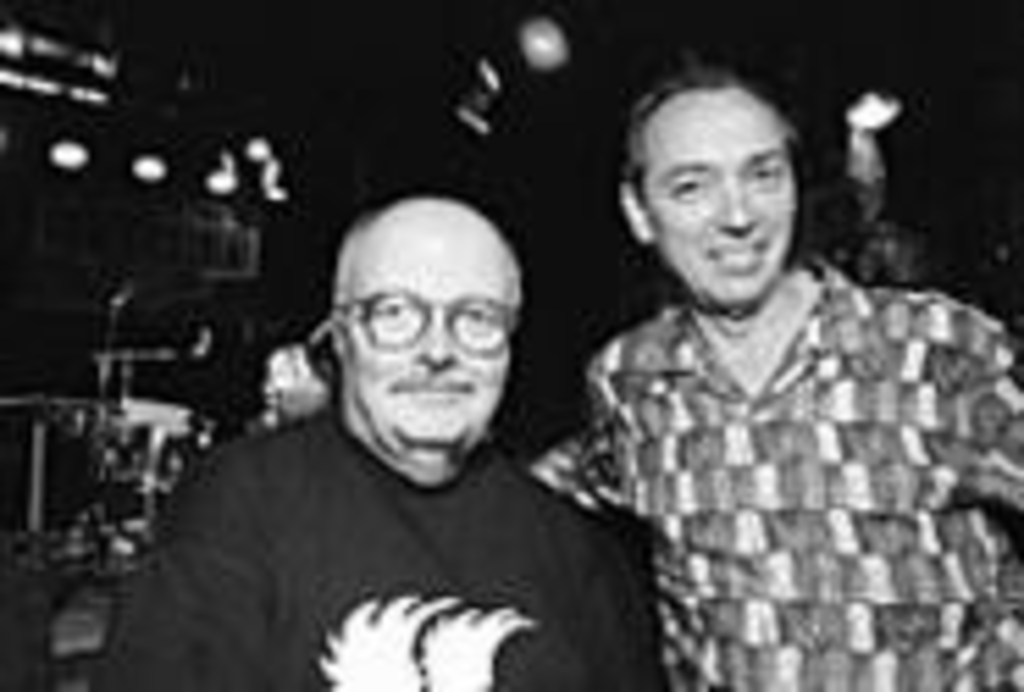 “We’ve always said on our phone message that we’re located in the heart of the city,” says Roger Naber, who until this past weekend co-owned the Grand Emporium with Herb Palmer.

By now, everyone’s heard that Naber did the unthinkable and sold his legendary nightclub. First reports were that the new owners, led by Stuart Saloman of the Beaumont Club, would change the name, but they wisely reconsidered that decision. After all, the Grand Emporium’s reputation has to be at least as valuable as the room with the high stage. The Beaumont guys clearly know how to run a club, so the Grand Emporium won’t just disappear. But the city’s blood chemistry won’t be the same.

Already it’s different. Changes along Main Street come slowly, perhaps imperceptibly to folks who don’t spend much time along quintessentially midtown streets. But Palmer hasn’t just been a bar co-owner; as a board member for MainCor (the nonprofit Main Street Corridor Development Corporation), he’s spent years working on a plan to revive the weary thoroughfare.

Twenty blocks north, Palmer notes, a massive new IRS center is going in across the street from Union Station. The Federal Reserve Bank plans a new compound on Penn Valley Park’s southern edge. At Union Hill, there’s a textbook example of how tax breaks should be used for redevelopment, Palmer says. He hopes that the new energy will filter further south, to the corner of 39th and Main. He’d like to see the Hawthorne Apartments across the street become a hotel.

The club has shut down temporarily for what other media outlets have euphemistically characterized as a long-overdue scrub-down. But early last Friday afternoon — the last Friday the Grand Emporium as we know it exists — the place doesn’t just feel dirty. The battered posters covering the walls haven’t faded; they’ve soaked up enough nicotine to be uniformly sallow. Stalactites of grease and dust dangle from the pressed-tin ceiling. The lower half of every wall — where people’s shoes hit when they’re sitting on stools — is smeared in rubbery black.

Yet this might be Kansas City’s most well-known institution. “We’ve had a large amount of national press,” Palmer says. “Last year, Esquire named us the best place to see live music in Missouri.” It’s easy to imagine that even after Julia Irene Kauffman built her new performing arts center, Esquire still would have preferred the Grand Emporium.

Not that it was a pleasant place to spend an evening. It was maddening trying to pee behind those shower curtains in the ladies room. And we’ll now dispense with the myth of the blues.

“If we’d had to put on blues six nights a week, we wouldn’t have made it ten years, let alone twenty,” Naber says.

No, Naber and Palmer were doing something much bigger than propping up one of Kansas City’s historic art forms.

Oh sure, the two met when Palmer had a ticket company and Naber was a prescient independent blues promoter — one night in 1981, he booked Stevie Ray Vaughan at Harling’s for a measly $500 guarantee. He’d book blues acts on Tuesday and Wednesday nights because club owners didn’t want to give up their weekends. He built a following and a mailing list. So when he and original partner George Myers (now deceased) opened the Grand Emporium in the fall of 1985, Naber says, “I gave the blues to the weekend crowd.”

He remembers his first calendar: John Lee Hooker, Robert Cray, R.L. Burnside, Roy Buchanan. It was an awesome slate, but that was the same autumn that the Royals played in the World Series against St. Louis, and Naber couldn’t compete against the national pastime.

Over the years that followed, the partners — Palmer joined them four years later — also fought the perception that midtown was infected with crime. They took it from the law-enforcement side, too, running a bar in “one of the most overzealous cities in the nation for DUI checkpoints,” Naber says. The loathsome sobriety stops have slowed down because the state has less money to spend on frivolous enforcement efforts, he adds, but he also makes what is, in retrospect, a telling observation. “When John Ashcroft was in office, they were heavy. For eight years, that was the worst.”

So weekends belonged to the blues. But Monday nights were for punks and alternative kids from the Art Institute. Often it was a simple rock band onstage. Wednesdays were for reggae. “I’d get calls from agents in New York who were representing West African bands,” Naber says, “and we became the African music stop for the Midwest.”

And the room became one of the most diverse in the city. The crowds didn’t mix that much, Naber and Palmer say. But in a way they did, because even when you went to see a show by a twanger like Mike Ireland, you could feel the presence of world-beat funksters BCR.

By the end, 7,000 people were getting monthly calendars from a club with a capacity of only 300. “Lou Reed was on our mailing list for 15 years,” Naber says. “He had to have been here at some point, though he didn’t identify himself.”

So like the rest of the grit along Main Street, there’s something sacred about the grime here. The dusty grease quivering on top of the ceiling fans is the remains of people like Lou Reed and the wizened man from the apartments across the street, who’s now among the three customers drinking at the bar on the Grand Emporium’s last Friday.