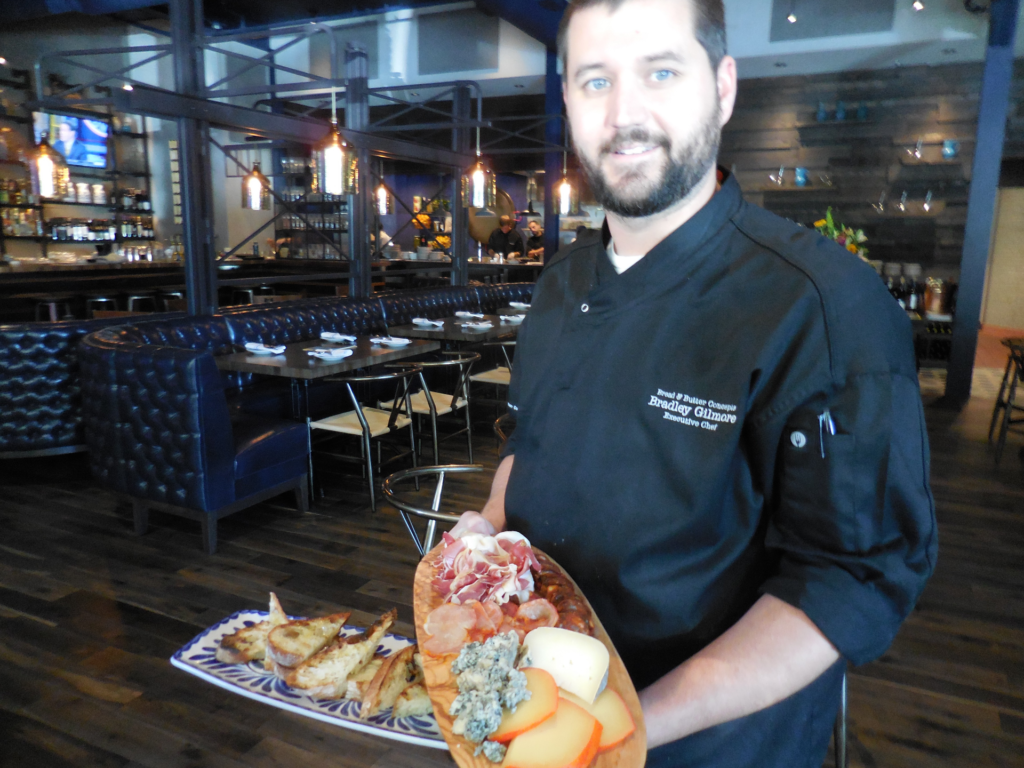 A new restaurant is poised to open on the Country Club Plaza, and it isn’t a national chain operation.

A prime piece of Plaza property, 4807 Jefferson, reopens tomorrow — Tuesday, August 4 — as a polished, seductively lighted new restaurant from Alan Gaylin, the founder and CEO of rapidly expanding local restaurant operator Bread & Butter Concepts (BRGR, Urban Table, Taco Republic). The new venue, Republica (pronounced Repooblica), takes its culinary motivation from the Spanish concept of sobremesa, to leisurely gather around a table, not so much to eat as to relax and talk.

Gaylin says he chose the restaurant’s name as a play on his Mexican restaurant, Taco Republic. But don’t expect even a hint of a tortilla chip floating out of chef Bradley Gilmore’s kitchen; this is classic Spanish cuisine in every way, from the wine list, which is dominated by Spanish vintages, to a menu with a broad selection of traditional tapas and no fewer than five variations of paella, including two — a vegetable creation and a mix of rice with pieces of game birds — that are free of seafood. 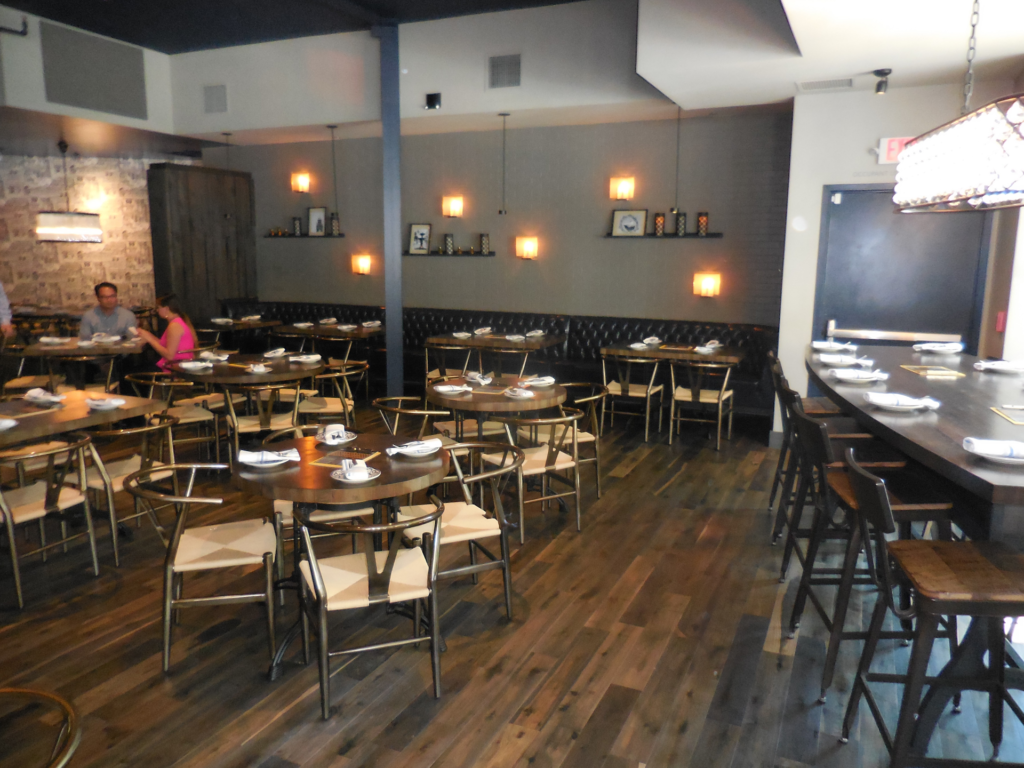 This may be the right theme for this location, formerly occupied by a fast-casual Ingredient restaurant and, prior to that, a Meiners supermarket. There isn’t a lot of available parking on this side of the Plaza, but Gaylin will be introducing valet service this week. Gaylin and his team completely gutted the Ingredient space to permit Arizona-based architectural team Realm Architecture & Design to create a highly stylized interior that at night seems dark and clubby, with tufted navy-blue banquettes; dark, unclad tabletops; a shiny exhibition kitchen; and industrial-style front windows with rippled, chicken-wire glass. (Gaylin was impressed by this last feature in some of New York’s warehouse-district restaurants.) Gaylin says this was not his most expensive build-out, although it looks it; the costliest Bread & Butter project remains his other Plaza venture, Gram & Dun, which opened three years ago.

The Country Club Plaza district was built in the 1920s with a specifically Spanish architectural theme, but has never offered a dining venue with exclusively Spanish cuisine. (When Plaza III opened in the 1960s, there were a few vaguely Spanish dishes.) Republica, which opens tomorrow for dinner only, will serve 12 small cold plates and 19 hot choices, including one really hot selection. That would be the $19 Caliente Rock, in which a shiny black river rock, heated to 500 degrees, is the centerpiece in a pan with roasted seasonal vegetables and 5 ounces of sliced raw Wagyu strip steak that patrons cook themselves, using tiny wooden tongs, on the sizzling rock.

One can wash down the hot meat with one of three house-made sangrias (red, white and a seasonal selection, currently a summery strawberry-mint topped off with sparkling wine) or one of beverage director Scott Tipton’s visually sumptuous craft cocktails (“They all have a Spanish component of some kind,” he says) complementing the meatier, greasier tapas. Notably, there are albóndigas, those succulent pork meatballs, paired here with Green Dirt Farm cheese, and bomba rice croquettas fried in duck fat. 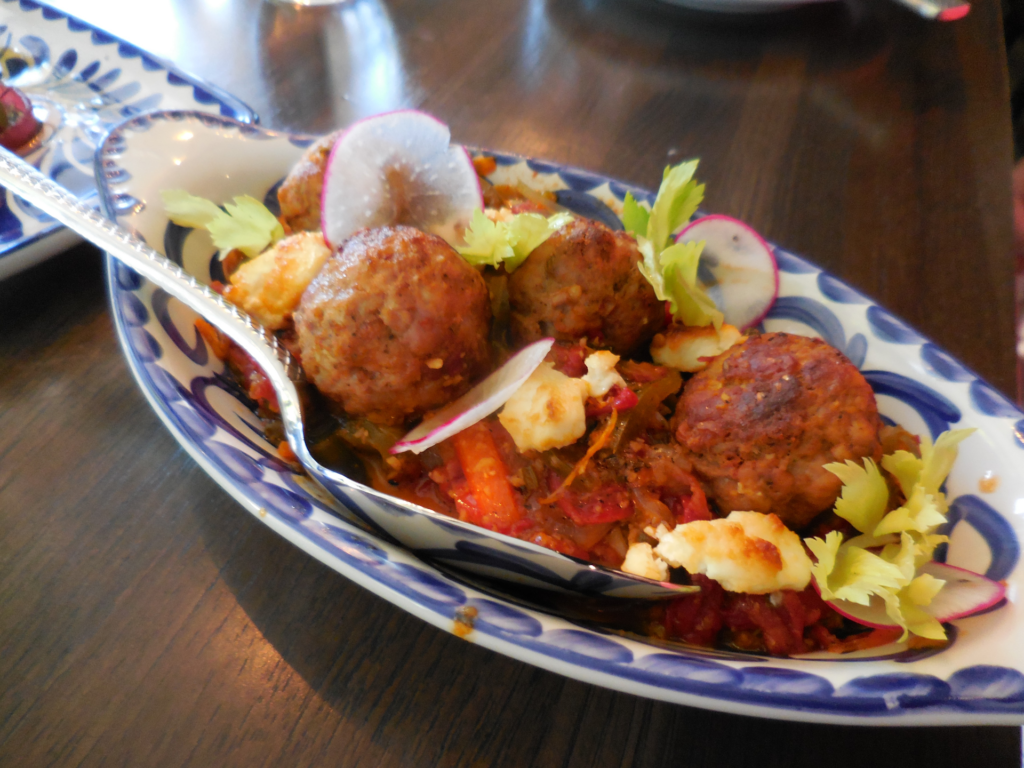 Gilmore will continue overseeing the kitchen at Gram & Dun (just around the corner), sharing Republica’s culinary duties with chef de cuisine Robert Cantu and sous chef Rick Mullins. The dining room here is spacious but not overwhelming (it seats only 145 customers), and in true Spanish tradition, the kitchen will stay open quite late, past midnight on most evenings.